26 appearances later, Roberts and Letterman maintain one of the most confusingly flirty working relationships 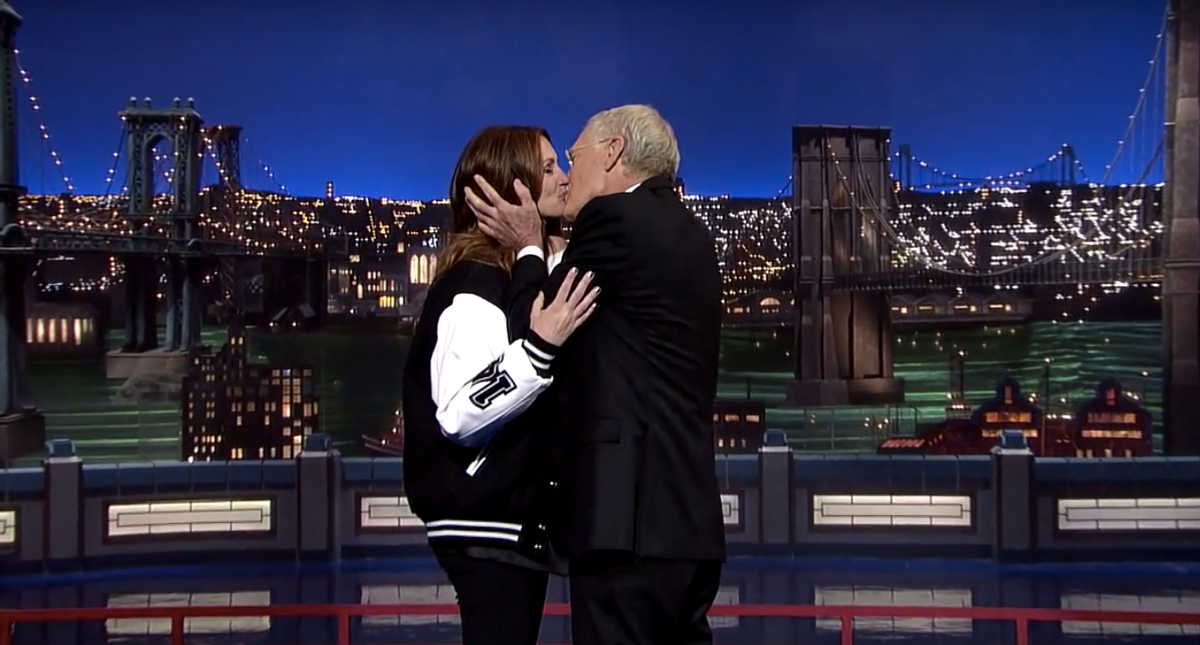 Twenty-six "Late Show" appearances later, Julia Roberts and David Letterman maintain one of the most confusingly flirty working relationships on late-night television.  For this reason, the conclusion to Wednesday night's Roberts appearance on "Late Night" -- a huge Letterman smooch -- felt appropriate, or if not appropriate, entirely fitting.

The kiss was preceded by a  montage of clips of Roberts and the now 68-year-old late-night host sharing some fiery passion through the years. Roberts told Letterman that long before she was sucking face with the host she was actually pretty timid about coming onto the show at all.

“The first time I was on this show was to promote 'Mystic Pizza,' and as a fan of the show, did not want to come on because I had seen you absolutely dismember young actresses of my kind of peer group,” Roberts said.

“And I thought, ‘I’m going to go on, and he’s going to know within 10 seconds what my IQ is, and you are going to be like a samurai, just sort of like Benihana me into pieces and I’ll be left for dead and forgotten."