The former Vice honcho's lot in life appears to be toeing the GOP party line, but with a beard 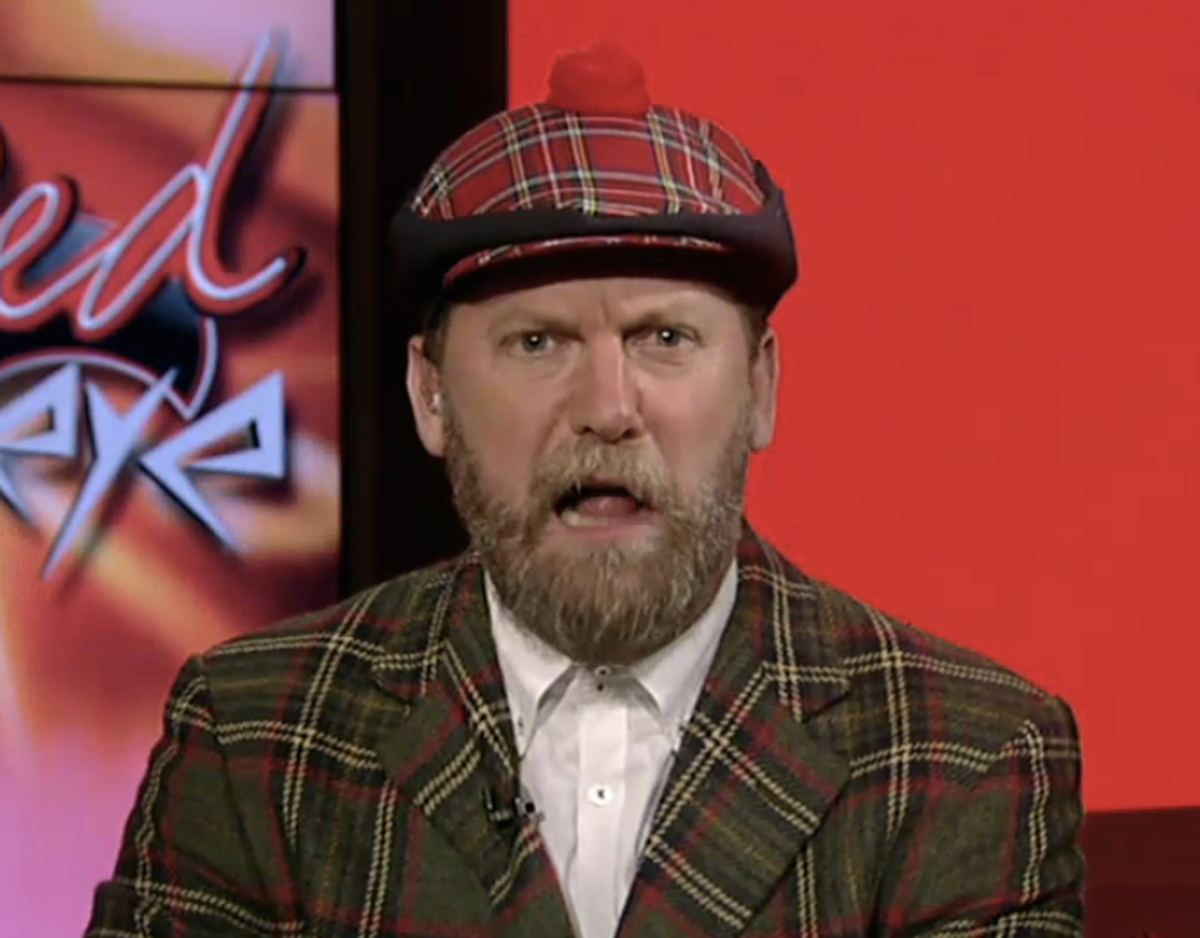 Forgive me for being such an emotional woman, but I am worried about Fox News contributor Gavin McInnes' mental health. Seriously. The dude's gone a little nutty, even for Fox News.

During an appearance on Wednesday's edition of "Red Eye," McInnes gave "a message to emotional women voters," which the Vice founder delivered entirely in a Scottish accent while dressed in plaid. Yeah. My concerns are not unfounded, nor do they have much to do with McInnes' cable news network of choice.

The content of McInnes' diatribe -- a rant that diminishes women in sexist and stereotypical ways, and actually questions whether the Nineteenth Amendment should be a thing -- is even more troubling than the odd delivery, which was clearly meant to indicate that his comments were "satirical." Given that the hipster-pundit has made similarly sexist assertions on Fox News before, I'm afraid I can't grant him that. Neither could his co-panelists Dana Perino and Joanne Nosuchinsky, it seems; both appeared less-than-enthused at the end of McInnes' rant.

"We all know women should have the right to vote," McInnes said. "There are a handful of women who actually pay tax, and we need to leave the option of voting open to them. But, for the rest of you, you got your rights, you've made your point, now bugger off."

(There's more, of course, but I just can't bring myself to quote it. I'm too overwhelmed by womanly feelings.)

What's really troubling about the Fox contributor's "message" is that he actually displayed some real awareness of how sexism plays out in the real world -- and he also displayed that he's okay with it. Noting that most of the highest earners (and most forcibly magnanimous taxpayers) are men, McInnes accurately highlighted the ramifications of institutionalized sexism for women's earning ability and leadership roles in the corporate world. But instead of digging a little deeper, he tried to turn it into a punchline. And, even if I were to go along with the idea that it is "just a joke" to "joke" about the way institutionalized sexism plays out -- or about half the population's ability to vote being "fucking shit" -- we would still have to contend with the fact that these are things McInnes is making fun of on cable news. This is not Comedy Central, y'all; "The Colbert Report" is over.

So, again, I know I'm probably just being such a classic overly sensitive woman right now, but I am just really, really concerned for McInnes. There was once a time when the alt-dudebro contrarianism thing was maybe a tiny bit interesting to watch, but that line of thinking has clearly morphed into the same brand of misogynist, anti-LGBT bigotry so virulent on the right -- but with a beard. It's incredibly troubling to watch. And it looks like even Fox News might be embarrassed at this point.