Secrets, lies & government spies: What you need to know about the surveillance "reforms" that just passed the House

Officials are touting the USA Freedom Act as an end to government phone surveillance. The truth is more complicated 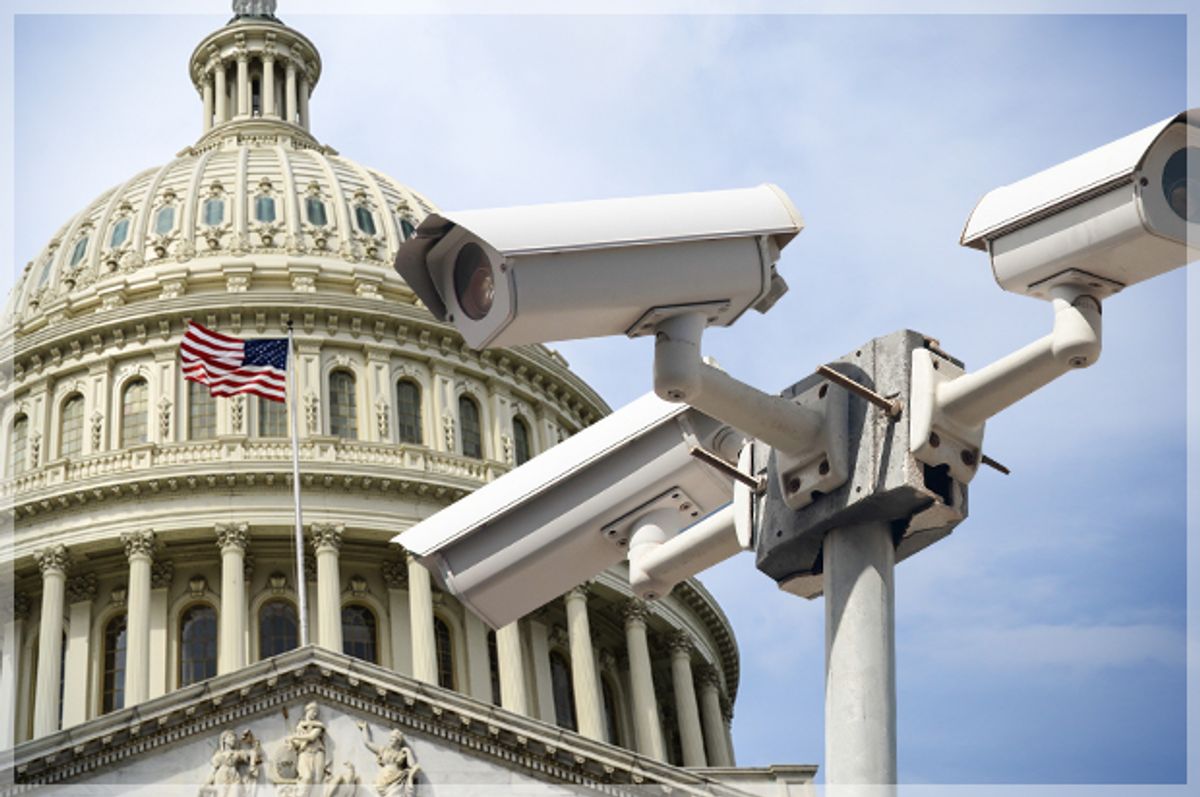 In an opinion issued by the Second Circuit last week, finding the NSA's domestic phone dragnet unlawful under Section 215 of the PATRIOT Act, Judge Gerard Lynch laid out certain standards for Congressional debate.

The government had claimed that Section 215 authorized the mass collection of telephone records, an interpretation that the ACLU challenged in court. Writing for the Second Circuit's panel of federal judges, Lynch rejected the government's defense, and in particular its argument that Congress had in fact ratified its expansive legal interpretation of the PATRIOT Act, whether or not they were aware of it, simply by having reenacted the legislation after the surveillance program had commenced.

However, as Lynch pointed out, the program was so much a secret that most members of Congress couldn't have signed off on it:

In the ordinary case in which [a court might consider Congress to have ratified a particular legal interpretation], the administrative or judicial interpretation was available to the public in published sources. Concerned citizens and interest groups had every opportunity to bring interpretations that they believed were incorrect or undesirable to the attention of their representatives in the House and Senate, and to lobby for legislation rejecting those interpretations. To the extent that some members of Congress were unaware of the details of those interpretations, their ignorance itself very likely reflected the absence of any particular controversy surrounding them.

In sharp contrast, the telephone metadata program was (for understandable reasons) shrouded in the secrecy applicable to classified information, and only a limited subset of members of Congress had a comprehensive understanding of the program or of its purported legal bases. There was certainly no opportunity for broad discussion in the Congress or among the public of whether the FISC’s interpretation of [Section] 215 was correct. Finding the government’s interpretation of the statute to have been “legislatively ratified” under these circumstances would ignore reality.

So, along with telling the Executive Branch that its claim -- that every American's phone records were "relevant to" a standing FBI investigation -- was nuts, Judge Lynch was also giving Congress some standards the circuit panel believed needed to be in place for an adequate Congressional debate: If the government is going to try to get Congress to authorize an unprecedented mass-surveillance program, the process must be transparent, and not achieved through a legislative backdoor.

Now, just days later, Congress is doing precisely that. Wednesday evening, the House approved the bill -- which would ostensibly get the government out of the phone-dragnet business, but actually just outsource it to telecoms, who will have expansive legal immunity -- by a vote of 338 to 88.

The debate was bad enough in the House, where people who've long resisted support for civil liberties, starting with House Judiciary Chair Bob Goodlatte, stood up to claim that their vote for USA Freedom Act proved their bona fides on civil liberties. The Rules Committee had prevented any amendments to the bill -- including one adding protection for email stored in a provider's server that, in bill form, has 264 co-sponsors; and another that would prohibit warrantless searches of already-collected content, which had passed as an amendment last summer with 294 votes.

But that's par for the course in the House, where the powerful Rules Committee can sharply limit debate.

Things were even more bizarre in the Senate, where Mitch McConnell had a secret briefing for the entire chamber last night. Bob Corker came out of the briefing calling it "malpractice" how little information the government collects. “I think there was an ‘aha’ moment yesterday for people on both sides of the aisle when we realized how little data is being collected," Corker said at a briefing for reporters. John Cornyn came away claiming "there are a lot of misconceptions about the program."

And that is the ridiculous part: Just last week a court warned Congress it has to be open about what it is debating, so the public can weigh in and people like Corker are insisting, "The program is actually not the program that I thought it was, not even close" -- but then refusing to explain what it really is because the briefing he attended was classified.

In addition, Corker's comments suggest that the two years' worth of briefings and public claims made by the Administration were false. Again.

Probably, the secret briefing Corker and Cornyn attended revealed what is explicit in the phone dragnet orders: The current collection is limited to "telephony metadata," -- that is, phone calls transmitted as phone calls, rather than as Internet packets. Not even telecoms send all their calls as telephony; and people increasingly use phone "calls" and "chats" that may never cross telephony infrastructure to begin with, especially when they use services like Skype and iMessage.

To understand how problematic that is for a dragnet that claims to be comprehensive, consider that in the weeks leading up to the Boston Marathon attack, Dzhokhar Tsarnaev had no phone service; it had been shut off because his buddy hadn't paid the bill. So any calls between Dzhokhar and his brother Tamerlan -- and any calls he had with anyone else -- were done via Skype. So the phone dragnet probably captured nothing on what Dzhokhar was doing during those crucial days.

But that leads to another secret: at least given its explicit text, USA Freedom Act probably includes this Internet-based call traffic. The bill never mentions "telephony." And while the House Judiciary Committee report on the bill mentions telephony, it drops that term in its discussion of the new call detail record provision. Moreover, the report says that an email address can be used as the account on which to obtain call detail records. The bill report does talk about working with "telephone companies" -- but it would be hard to argue the dominant maker of smart phones in this country, Apple, is not a phone company, and thus also subject.

So it's likely USA Freedom Act picks up the collection types that Bob Corker is worried about, but no one is saying that publicly.

In other words, once again, the true meaning of the surveillance bill is being shrouded from the public, even after a Circuit Court rebuked Congress for not debating such laws in public in the past.

Apparently, Congress will never learn, nor will the public learn about the spying the government does on it.