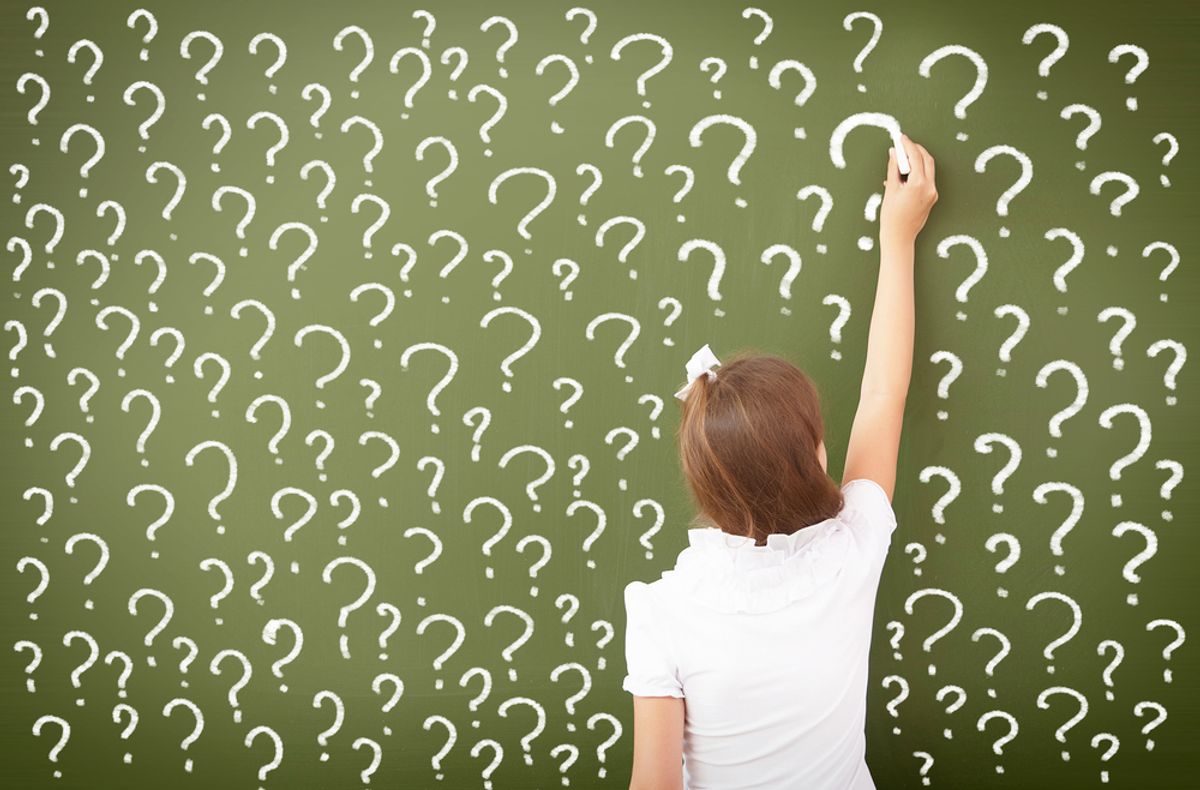 Even the most liberal of Texas cities aren't immune from being in Texas. Austin's bewilderment at how to deal with a mostly female city council gave us just one example this week of red state ideals bleeding into a navy blue oasis, and on Thursday, the Houston Independent School District gave us another. It's teaching students that trying to pimp out other students is okay, and probably the fault of the student who is being objectified in a given situation.

A real question from the Houston ISD high school health curriculum presents students with a hypothetical scenario in which a male student attempts to see if two of his male classmates want "to be with" two of his female friends. Both girls are present during the exchange but are treated as if they are not. At no point are the girls' desires considered.

However, rather than take issue with the boys' behavior, the multiple-choice question that follows asks what the female students are doing wrong. The question, part of "Health Education (High School) 2014-15 District Pre-Approved Assessment © HISD – Curriculum 2014" and first highlighted by the blog Nonsequiteuse, reads:

Tamika and Kayla were walking down the hallway of their school with Byron who had his arms around both of them. Byron saw two other males walking toward them and asked the two guys if they wanted to be with Tamika and Kayla? The boys responded by using profanity and laughing. The girls laughed also. Byron told the two boys they were missing out on a great opportunity. The girls continued laughing.

The girls displayed a lack of —

J all of the above

A Houston ISD trustee confirmed that the question did, in fact, appear on an approved health assessment, which was written locally by questions submitted by teachers. According to Nonsequiteuse, the trustee claims the specific standard the question meant to address "was HE.15A: Apply communication skills that demonstrate consideration and respect for self, family, and others," and insisted that the question will be thrown out in favor of one that doesn't advocate for the objectification of women and girls or slut-shame female students.

But any new questions will also still lack the approval of a group of experts tapped specifically to oversee the health curriculum, which is one part of the larger problem. Without statewide (or nationwide) requirements for age-appropriate, medically accurate sexual health education, and without oversight from, say, a group of people who actually know what they're talking about, this sort of detrimental, sexist "lesson" will persist. Such thinking is, after all, coming directly from teachers.

And there are consequences for reinforcing such harmful messages to students, in Houston and statewide. Texas has among the highest rates of teen pregnancy and repeat teen pregnancy in the country; according to the state's Department of Health Services, areas within Houston ISD have an average teen birth rate of 55 per 1,000 females aged 15-19, compared with a rate of 31 per 1,000 for the U.S. The state is also near the top of the list for the highest rates of sexually transmitted infections such as HIV and chlamydia.

This isn't just about the risk to students and to public health that comes with a dearth of medically accurate sex education, though. Also at issue is what young people are taking away from health assessments that promote problematic gender stereotypes and avoid any discussion of consent or agency in relationships. Students don't just learn from what they're taught, but also from what's missing -- and the gaps here make for one dangerous lesson.