"Deadliest catch"? Not even in the top three

Cod, scallop & Dungeness fisheries have Bering Sea crabbing beat as far as risk -- but they're all getting safer 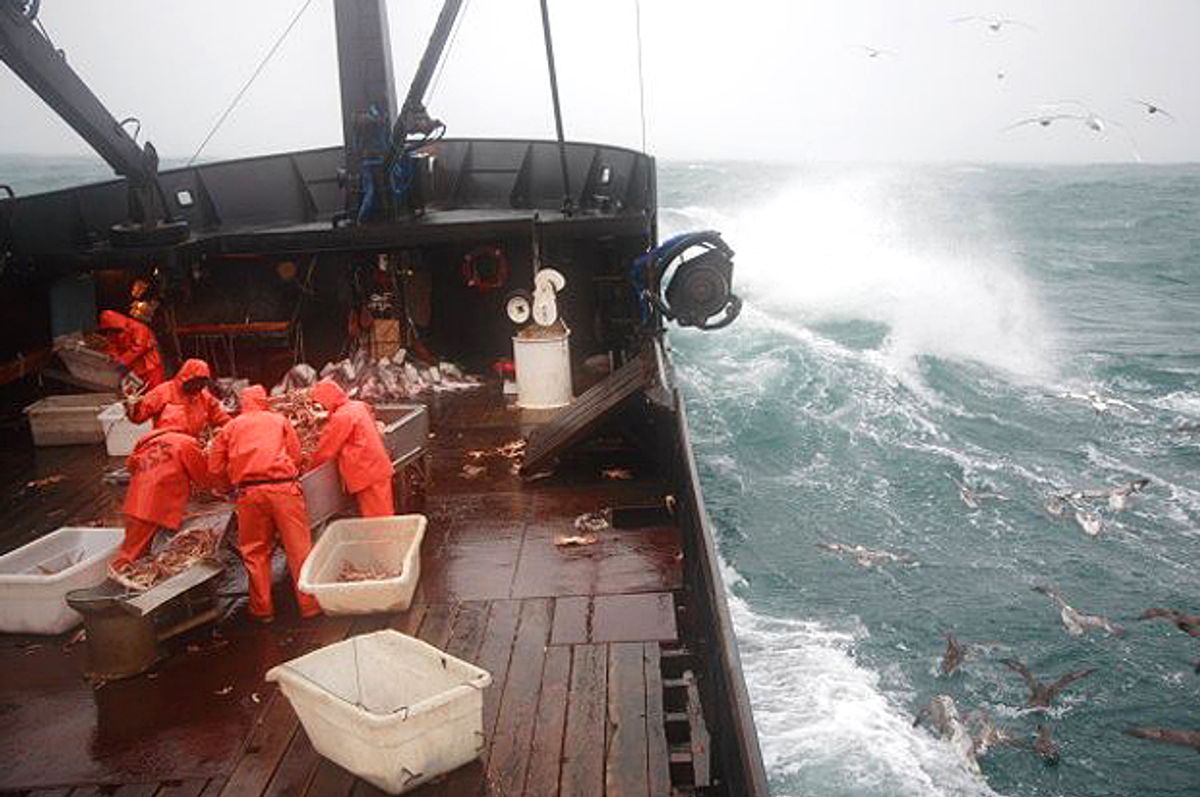 In the 11th season of Discovery Channel’s flagship show "The Deadliest Catch," the title’s fallacy still goes largely unnoted. Crab fishing on the Bering Sea isn’t the deadliest fishery in the United States, and it hasn’t been for the entire run of the show; it’s not even in the top three. Two East Coast fisheries are the ones where fishermen are most likely to become fish food.

Groundfish—including cod and flounder—on the East Coast was the deadliest fishery in the U.S. from 2000 to 2009, according to the National Institute for Occupational Safety and Health, followed by Atlantic scallops. The third, with which I have personal experience, is Dungeness crab fishing on the Oregon and Washington coasts. Data from 2010 to 2014 shows the trend continuing through this decade. The rankings are based on workforce estimates and their full-time equivalents.

Aside from an inaccurate title for a “reality” program, we should cheer the fact that fishing in an inhospitable environment is becoming safer by the year. Far fewer people are dying so vacationers in Las Vegas and affluent businessmen and bureaucrats in China can gorge themselves on what appear to be overgrown spiders. Commercial fishing is becoming safer. From 1990 to 2014 there was a 74 percent drop in commercial fishing fatalities in Alaska, according to NIOSH. Furthermore, in 2013 commercial fishing dropped to No. 2 -- behind logging — in the list of deadliest occupations, according to the most recent data from the Bureau of Labor Statistics.

This is not to take away from the intensity of crab fishing on the Bering Sea: High seas, subfreezing temperatures, sleepless nights and heavy gear can fuck you up quickly. While I’ve never made my way to the Bering Sea for crab fishing, I did use those large, 7-by-7-foot, 700-pound traps while fishing for Pacific cod off the Alaskan Peninsula one March. As a trap swung from a picking boom above, I attempted to stabilize what seemed to be a gentle swing and was thrown back and sandwiched against another trap on deck, likely cracking one of my ribs — an injury that only added to the misery of the following weeks.

We, as audiences, love the death defiers, the risk-takers who throw themselves in harm's way whether for a big payday or just an illusory and fleeting sense of glory. From the well-born Victorian adventurers to the modern-day action sports icons, those who needlessly put their lives in danger have captured the imagination and intrigue of the coddled, comfortable classes. The more danger, and the more inherent risk that's displayed — deceptive or not — the more viewers tune in.

I once worked with a man who was on "The Deadliest Catch" for a season, a man infamous for getting fired on camera and then crying about it. From him and others I’ve heard that when the sea and wind come up and it gets too dangerous to fish, the show’s producers ask the crew to stay on deck and scurry around to get shots of “working” in big weather. I’ve also heard that some “dangerous situations” actually occur when the boat is safely tied up to the dock. Fishing stories perhaps … perhaps not.

More than half of the deaths in the commercial fishing industry, 51 percent, are caused by vessel disasters: flooding, instability and rogue waves. The second leading cause of death is falling overboard, coming in at 31 percent. Of the 178 people who died from overboard falls from 2000 to 2009, not one was wearing a portable floatation device. Another unsubstantiated bit of fishing lore: Most of those found dead in the water have their fly unzipped -- relieving oneself over the side of the boat can be pretty dangerous if no one’s looking. In the golden age of Bering Sea crabbing, paychecks were big and lives were cheap. Crab fishing in the Bering Sea and the Aleutian Islands was likely once the deadliest fishery in the United States, but data on commercial fishing deaths were not recorded nationally until 2000. In the 1990s an average of more than eight people a year died on the Bering Sea fishing for crab.

“There were people dying left and right in the 1970s and '80s,” says Scott Wilmert, a commercial fishing vessel safety manager with the United States Coast Guard. In 1999 the Coast Guard stepped in and began mandatory annual safety and stability checks on the crab boats. In the years since there have been a total of nine deaths, compared to 50 deaths in the Atlantic scallop fishery over the same time period. But fear not, human life has no bearing on the ecological health of a fishery so Atlantic scallops are in the process of being listed as sustainable by the Marine Stewardship Council and are currently listed as a “Good Alternative” by Seafood Watch.

Crabbing on the Bering Sea went through a drastic change in management after the first season of "The Deadliest Catch." In 2005, crab fishing was rationalized, where the chaotic, derby-style management was replaced with an individual fishing quota. Instead of having just a few weeks to catch all the crab they could, causing boats to fish around the clock, often in dangerous weather, under the quota system boats have months to catch their limit and can avoid working in the most dangerous conditions. Rationalization has also shrunk the fleet from more than 250 boats in the early 2000s to roughly 85 well-capitalized and better-maintained boats. This also caused hundreds of deckhands to lose their jobs and made millionaires of captains overnight.

Commercial fishing in the U.S. is one of the last bastions of laissez-faire self-regulation. There has been no significant labor law in the industry since the Jones Act of 1920, and that only allowed seamen to make claims for damages if the captain was negligent or the vessel was unseaworthy. The Occupational Safety and Health Administration has no jurisdiction over most boats fishing in U.S. waters, and until this year the United States Coast Guard didn’t perform mandatory vessel inspections on fishing boats.

The vast majority of captains have understood the value of having properly functioning safety equipment: immersion suits, life rafts, electronic emergency beacons and high-water alarms. Those who have ignored basic safety — going by the tired trope, “I’ve done more with less” -- have at times caused themselves and their crew to lose their lives on the water.

Nevertheless, commercial fishing will always carry an inherent risk that cannot be fully mitigated by regulation and safety protocol. It is that very risk that will continue to draw some people to the profession and capture the imaginations of audiences with romanticized stories of life at sea — true or not.