Jeb Bush has had a terrible, terrible week. The "Daily Show" host unpacks what went wrong 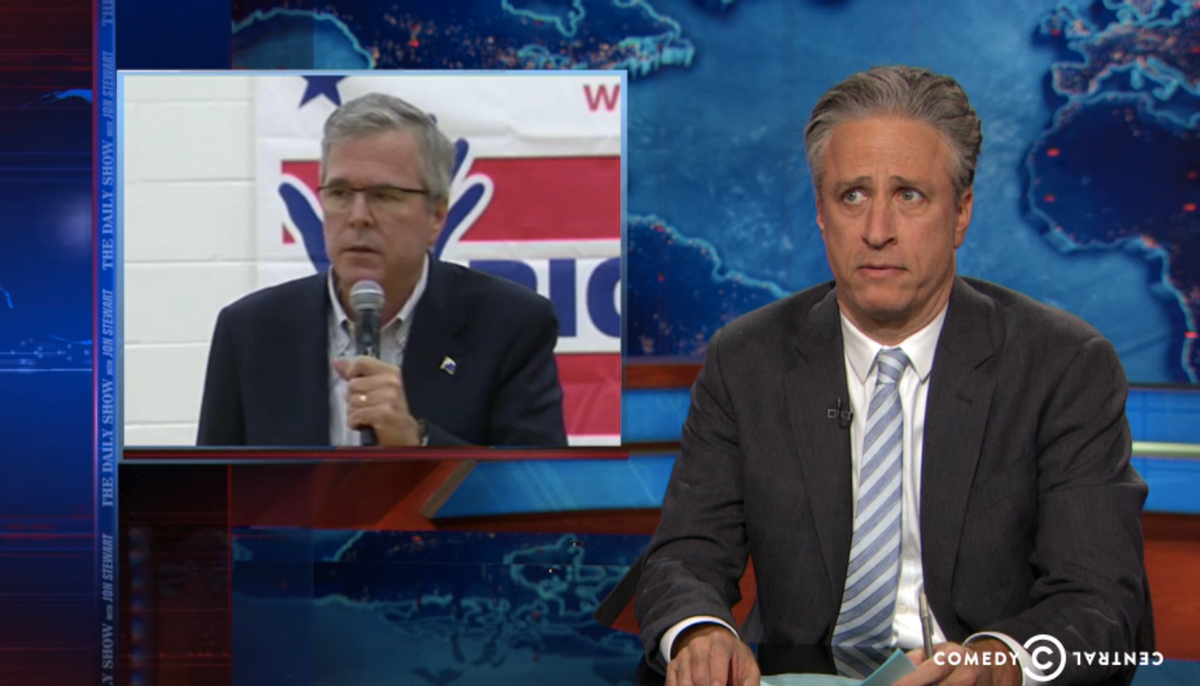 There's a lot to unpack this week with ex-Florida Gov. Jeb Bush. Did he really refer to his brother as "one of his top foreign policy advisors?" Did he actually get schooled by a 19-year-old college student over his brother "creating ISIS?" And, most importantly, is he running in the 2016 races or not?

Thankfully we have Jon Stewart to sort out the mess. The "Daily Show" host tore into Bush's non-candidacy Thursday -- just a day after accidentally announcing his candidacy to Nevada reporters -- demanding that the chronic backpedaler  just "give us an answer!"

Stewart also spent much of the segment focusing on the continued fallout from Bush's disastrous Megyn Kelly interview in which Jeb responded to the Fox News host's question of “knowing what we know now, would you have have supported the invasion of Iraq" with "I would!"

In most recent backpedaling, Bush told a Nevada voter that he felt answering the Megyn Kelly question of whether he would invade Iraq was disrespectful to the troops. That was, after attempting to play deaf first, of course.

"Going over our mistakes is a disservice to the soldiers," Stewart recapped in disbelief. "Let's just see where discussing major war policy blunders falls on the list of disservice to Iraq War troops."