Jon Stewart bids farewell to David Letterman with a Moment of Zen: "He was an incredible epiphany" 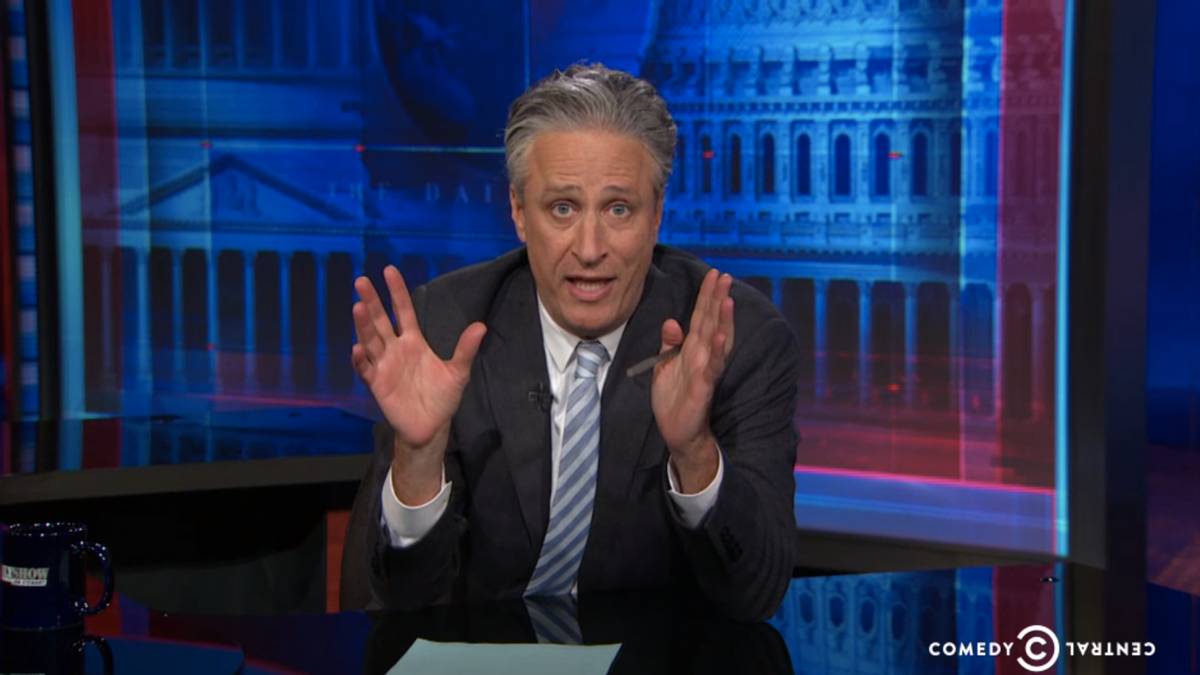 "The Daily Show" is off all of next week, which has forced Jon Stewart to say his goodbyes early to one of his biggest late-night inspirations, David Letterman.

Stewart tipped his hat to the late-night host in his "Moment of Zen" segment Thursday night  underscoring both the retiree's outstanding innovation and longevity.

"He was for me -- and I think, many comics of my generation -- an incredible epiphany," Stewart opened. "For God's sake. The man put a camera on a monkey. It seems so simple now, but back then it was mind-blowing."

On a more personal note, Stewart said that Letterman acted as a great source of strength for him when his similarly formatted "The Jon Stewart Show" was canceled after just two seasons.

"I had a show like Dave's that did not share either the innovation part or certainly the longevity part and Dave Letterman was kind enough to come to our final broadcast and be the guest and he single-handedly turned what was a funereal atmosphere into a celebration -- just by his presence," Stewart said. "He lifted up all of our spirits and he said to me -- and I won't forget it -- 'do not confuse cancelation with failure.'"