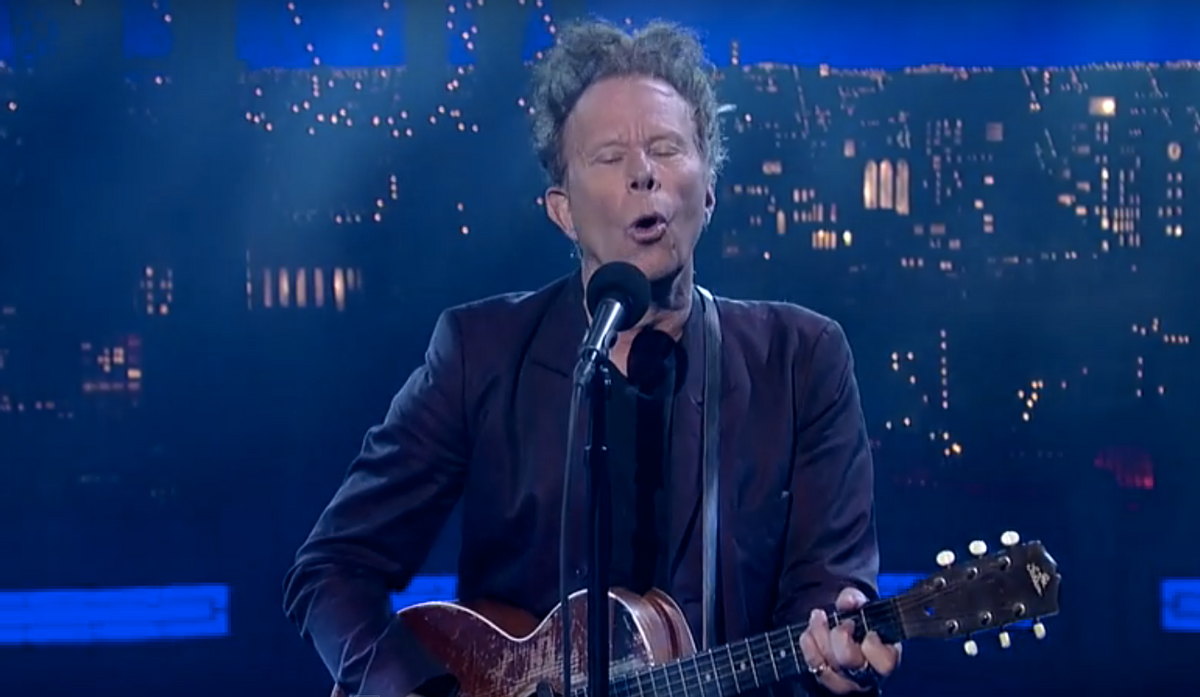 Tom Waits and David Letterman go way, way back. The eccentric singer-songwriter has appeared on the show 10 times dating back to 1983, when he received his first Academy Award nomination for Original Song Score in "One From the Heart." Letterman would later become instrumental in popularizing Waits' newer -- and much more eclectic -- sound off his 1985 concept album "Rain Dogs." In his post-"Rain Dogs" appearance, Waits thanked Letterman for his support because, in his words, without it, he may have never been able to be so experimental and also be able to eat. In much more recent memory, Waits performed "Chicago" off 2011’s "Bad as Me" on a 2012 "Late Show."

Thursday night, it was only fitting that the legend debuted a new tune for Dave -- a deeply moving farewell titled "Take One Last Look." In it, the singer croons: "Take one last look at the place that you are leaving," a song that might as well have been written just for the 68-year-old late-night retiree. Leading into the song, Waits says "This one's for you, Dave."

It also seemed fitting that Waits, a singer who, unlike many musicians who've passed through the "Letterman" studio over the years, always sat down for an interview following the performance, did just that Thursday. The two talked about salad bars and antiperspirant, naturally.

"I don't know when I will see Dave again," Waits said on his website. "I guess from now on we’ll have to settle for bumping into each other at pilates."