The end of religion as we know it: Why churches can no longer hide the truth 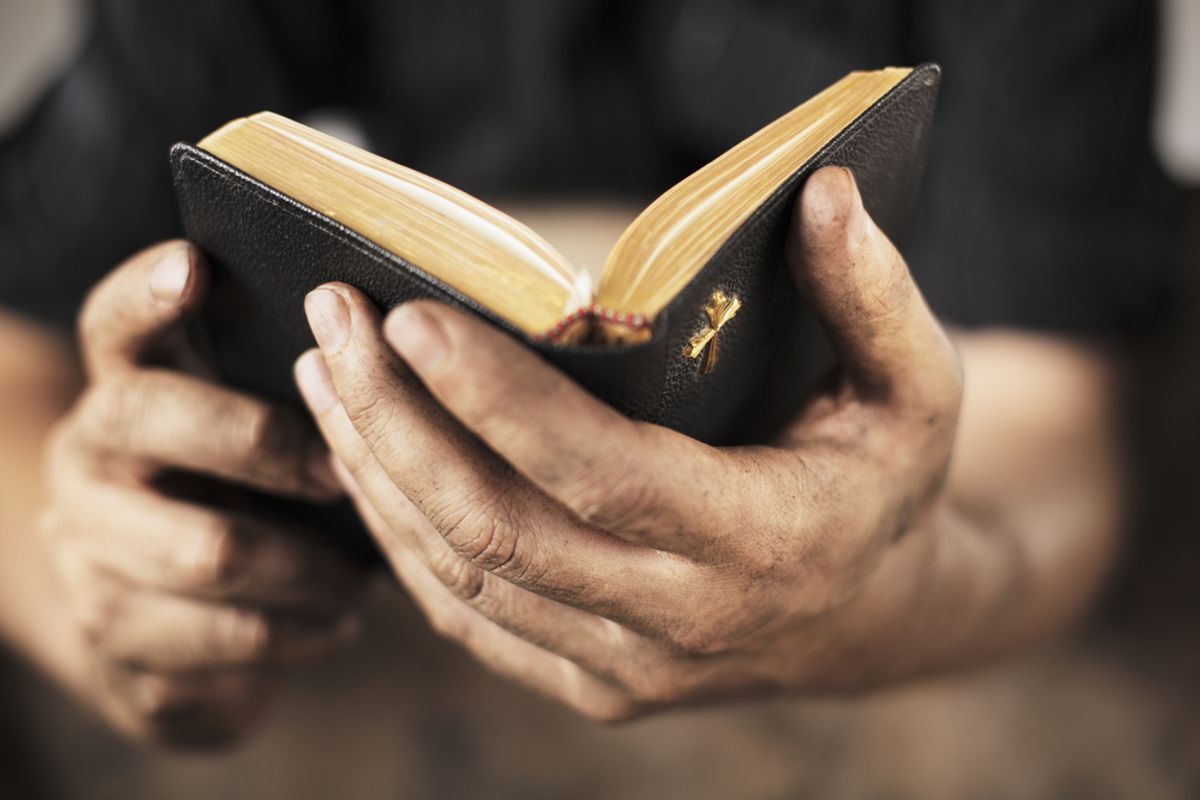 If Daniel Dennett is anything, he is a champion of the facts. The prominent philosopher of science is an advocate for hard-nosed empiricism, and as a leading New Atheist he calls for naturalistic explanations of religion. Dennett is also the co-author (along with Linda LaScola) of the recently expanded and updated Caught in the Pulpit: Leaving Faith Behind, which documents the stories of preachers and rabbis who themselves came to see…the facts.

Caught in the Pulpit is a close cousin to The Clergy Project, an outreach effort to “current and former religious professionals who no longer hold supernatural beliefs”—many of whom must closet their newfound skepticism to preserve their careers and communities.

For Dennett, closeted atheist clergy are not simply tragic figures, they are harbingers of great things to come. Peppered amongst Caught in the Pulpit’s character vignettes are mini-essays in which Dennett predicts a sea change in religious doctrine and practice. Our digital information age, he argues, is ushering in a “new world of universal transparency” where religious institutions can no longer hide the truth. To survive in an age of transparency, religions will need to come to terms with the facts.

Dennett spoke recently with The Cubit about institutional transparency, the parallels between religious and atheistic fundamentalism, and the future of religion.

You describe non-believing clergy as “canaries in a coal mine.” Why does this group hold such significance for understanding the future of religion?

I think that we are now entering a really disruptive age in the history of human civilization, thanks to the new transparency brought about by social media and the internet. It used to be a lot easier to keep secrets than it is now.

In the March issue of Scientific American, Deb Roy and I compare this to the Cambrian Explosion. The Cambrian Explosion happened 540 million years ago, when there was a sudden, very dramatic explosion of different life forms in response to some new change in the world. Oxford zoologist Andrew Parker argues that the increased transparency of the ocean made eyesight possible, and this changed everything: now predators could see prey, and prey could see predators, and this set off an arms race of interactions. Well, we think something similar is happening in human culture. Institutions—not just religions but also universities, armies, corporations—are now faced with how to change their fundamental structure and methods to deal with the fact that everybody’s living in a glass house now.

Protecting your inner workings is becoming very difficult; it’s very hard to keep secrets. Religions have thrived in part because they were able to keep secrets. They were able to keep secrets about other religions from their parishioners, who were largely ignorant of what other people in the world believed, and also keep secrets about their own inner workings and their own histories, so that it was easy to have a sort of controlled message that went out to people. Those days are over. You can go on the Internet and access to all kinds of information. This is going to change everything.

Which do you think will be more likely: a shift from religiosity to atheism, or a change within religious groups towards more liberal interpretation of scripture?

I don’t see how the traditional credal models of religion are going to be able to withstand this sort of epistemological pressure. I think that we see trends even in traditional evangelical churches that are moving away from doctrine and more into allegiance and ceremony and letting people be more relaxed about what they actually believe.

Now, how well this is going to work, I don’t know. I think there’s a place in the world for organizations that are bound together by tradition, by music and ceremony and texts that they treat as sort of mythic texts, and I think the religions that survive this period are going to deserve to survive. They will be a far cry from what we see today.

But propositional beliefs about the world are just a small part of religious life. There is much more to religion: family, community, rituals and practices, modes of being. Is the Clergy Project itself perhaps a way for atheists to do more than just talk about belief and non-belief?

My own view is that we ought to pay attention very closely, gather as much evidence as we can, take advantage of the new transparency: learn, learn, learn, and in turn inform, inform, inform. Get the information out there. And then I’m very laissez-faire about what should happen next. Let people figure out what they’re comfortable with and what they want to do. I don’t want to disturb traditions, unless they are toxic in some way. There are some traditions that are clearly toxic.

The recent Pew survey shows that Islam is the fastest growing religion, not because people are converting to Islam, but because they’re having more babies. The fertility rate is much higher than that of any other religious group. That means we’re going to have more and more children growing up with the default presumption that they’re Muslims.

I think, however, that it’s not going to be as standard, obvious, or routine for them to stay Muslims when they grow up. Islam has a long, unfortunate tradition of treating apostates very severely, and I think that we’re going to see more of that. And I think that it’s going to backfire.

How former Muslims or children of Muslims engage in the world in the next 20 years is a very, very important question. And I don’t have any clue as to how it’s going to work out.

The Pew Research Center predicts that the growth in world Muslim populations will increase not only in sub-Saharan Africa and the Middle East, but also in North America. Their demographic study validates your prediction that there will be more religious switching within Western culture from Christianity to non-affiliation. But the percentage of unaffiliated believers will actually go down as a percentage of the global population.

But of course that’s a projection, and it’s based on the analysis of trends that are seen today.

My suspicion is that they are underestimating the importance of this new transparency. It takes twenty years to grow a Baptist, and twenty minutes to lose one.

And I think that people may be in for some real surprises in those areas. After all, it’s only been a decade or two that this has been an issue for Muslim children. Are they going to let their children have cell phones and be on the Internet? If they forbid them, that’s going to be very tough, and if they permit them, they’re going to introduce a huge new force into the world of child rearing and education. Religious education is going to have to make some drastic shifts. And it’ll be interesting to see how it works.

This is still hinged on belief. This next generation can be Muslim even if they don’t endorse literalist scriptural interpretations of, say, the origin of the universe.

I think that the transparency is not just about belief; it’s about facts, too. There’s a long tradition of how to get around prohibitions in the Qur’an so that you can live in the modern world. I think all of that will accelerate, and so the ways of being a Muslim twenty years from now is going to expand dramatically from what they are today. And I think largely in good directions. I think that there will be more and more diversity, more and more openness, less credal rigor.

This goes back to a theme from your book: that it’s difficult to navigate through the modern world using literalist religious beliefs. You also find symmetry between fundamentalist Christians and New Atheists: both think that truth claims need to be taken very seriously. How do you respond to the accusation that there is a fundamentalism to New Atheism, where science is often treated as an absolutist metaphysics?

Well, absolutism is almost always a mild term of abuse. Nobody champions absolutism. Whenever anybody is called an absolutist it’s usually meant in criticism. And yet you don’t hear a certified public accountant accused of being absolutist about the bottom line in the books of a corporation. Those are taken as facts, and we have to take the facts seriously, and we don’t wave our hands and go all postmodern about what happened to the money.

So people have a respect for facts, even when they aren’t absolutists, and even the churches have respect for those facts. The facts are pretty serious.

But there is an important difference between pragmatic empiricism and scientism, which denies the plurality of ways to understand our human world. We can’t measure every aspect of human life using scientific metrics.

Of course that’s true. And I think that there are definitely occasions where some New Atheists have erred on the side of brusquely dismissing very important, very legitimate claims for adopting a different perspective on things. Nobody wants a disquisition on the biomechanics and physiology of orgasm when you’re making love—there are times when you want to turn the lights off and forget about that stuff.

To the extent that religions are very much engaged in enriching lives with meaning, with ceremony, and even with a sense of mystery and awe, that’s all good. I think the problem comes when they think that they have to put their awe-inspiring myths in competition with the equally – or I would say more – awe-inspiring discoveries of science.

Gods and flaming chariots are nothing, they’re cheap comic book fare, compared to what we actually have learned about stars and galaxies and the like.

I think that there’s a sort of mirror image, an opposite of scientism, which has a real tin ear for the breathtaking awesomeness of science. All you have to do is listen to David Attenborough or Carl Sagan or other brilliant expositors of science to see just how jaw-droppingly beautiful the world is.

Do you think that there is a future for science that includes awe, social outreach, communal gatherings, and other functions that these clergymen engaged in before they fell out of their faith?

I think that over the centuries, one of the great things that churches of all varieties and religious groups have been able to do is to give people lives of importance, and provide love for people that otherwise don’t get love, along with a sense of community and belonging. This is extraordinarily valuable and important. And the state isn’t going to do it, and many other sorts of organizations seem incapable or unwilling to try. And I do think we want to preserve and enhance that function in society.

I think that’s the one function of religions that I would most want to see fostered and protected. How you can do that, and whether you can do that, with a frank acknowledgment of the mythic character of their creeds? I’m not sure it can be done, but I hope it can.