“I’ll vote to indict if that gets us out of here faster”: Horrifying tales from inside the grand jury room

Right after my own sad tangle with the justice system, I got jury duty -- with a new perspective on injustice 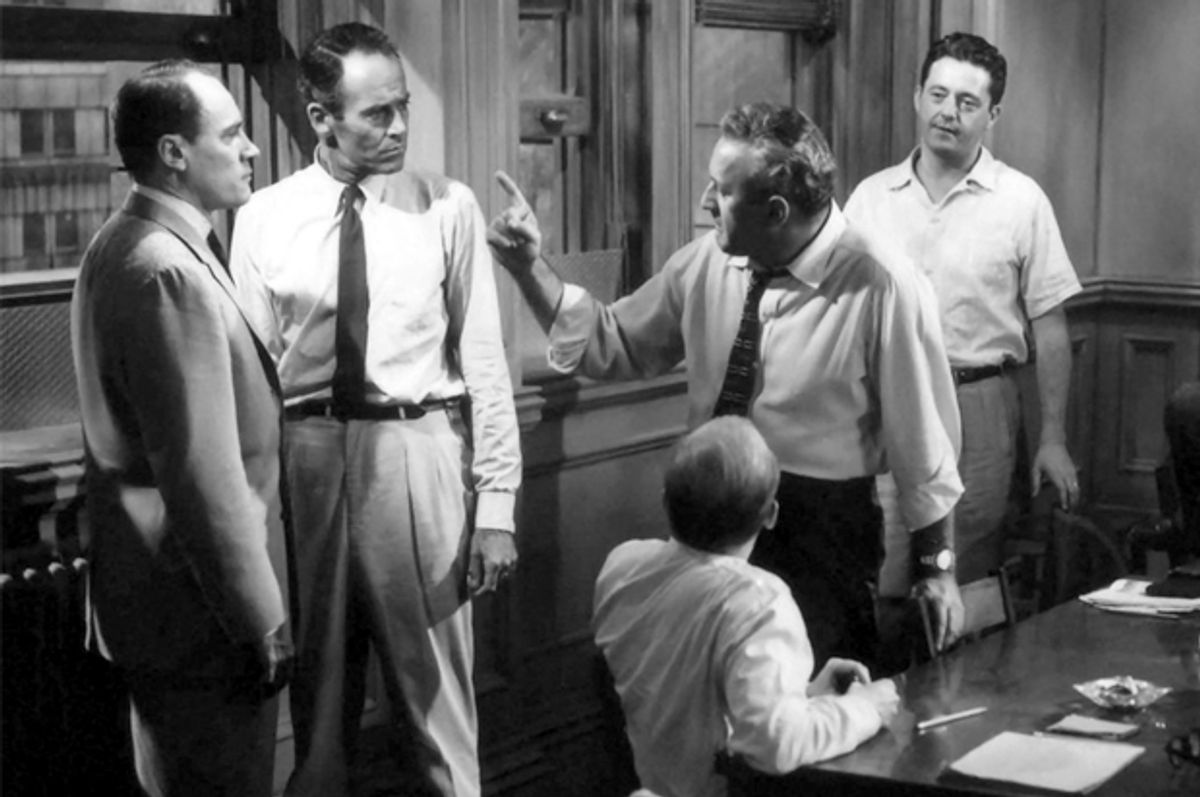 It’s July when the notice arrives in the mail. At first, I think this must be a mistake. But there is my name in small black print, alongside a larger font in green that reads: JUROR.

I’m surprised to receive a summons for jury duty because my life has recently been upended as a result of my own criminal case. I was charged in federal court with a single count of misdemeanor contraband after I gave my incarcerated client the prescription medication that the Bureau of Prisons refused to give him.

Those are the bullet points, anyway. The truth is that I brought my client his medication because he was denied the medication that a federal judge and his treating psychiatrist said he should have, but also because I cared for him. And liked him. A lot. Maybe too much.

My own attorney, a skilled former federal prosecutor, was able to convince the U.S. Attorney’s Office that my actions were not those of a hardened criminal but the weak doings of a complete idiot. They agreed that after six months of good behavior, the charges would be dismissed.

And so this is how I find myself standing at the mailbox, still reeling from my criminal case, holding a summons that mandates my participation in the disposition of another.

I discover that the green coloring of my notice means that I will not be serving on a trial jury, but on a grand jury. Actually, to be more specific, I will serve on a special grand jury, which hears complex criminal cases for a term of six months.

I can recall my law school self pondering this concept. What kind of person, I wondered at the time, has so little going on in their life that they can show up to jury duty for six whole months? I discover that without meaningful employment or a decision about the fate of my law license, that kind of person is me.

I sit on a grand jury with 22 other citizens in a courthouse mere blocks from where I was once arraigned. We are to hear evidence in criminal schemes against a total of almost 150 defendants. Each day we hear live testimony, listen to wiretapped phone calls and watch surveillance footage. During the breaks, we commiserate over how much longer all this will take. Everyone complains that they need to get back to work. I nod along in faux solidarity.

And so this is how it goes, week after week, defendant after defendant. The evidence is usually persuasive, often overwhelming, that there are ample grounds to issue an indictment. And although I know all too well what awaits each defendant as soon as these are issued, in every instance I can’t really deny that the terms of the law have been satisfied, that justice is being served.

Every instance. Except one.

One of our cases involves a check-kiting scheme. The putative defendants, most of them in their teens, are accused to have furthered the conspiracy either by opening bank accounts, writing bad checks on these accounts, or both. The victim is a multinational bank. The scheme was uncovered when a police officer observed a young black man retrieving a “suspicious” amount of money from an ATM. This amount was $600.

One woman is not alleged to be involved in the scheme, but was romantically involved with someone who was. The NYPD confronted her at home. Barely an adult, she didn’t know that she could refuse to answer their questions without an attorney. When the police asked to see her phone, she didn’t realize that she was not required to hand it over without a warrant. When an officer took the phone to his police vehicle, she didn’t contemplate the possibility that he might retrieve information from it.

The police asked her if she would volunteer to come to the police station to answer questions. Presumably terrified, she agreed. But she also cared for her boyfriend. And liked him. A lot. Maybe too much. And so before she arrived at the station, she deleted his contact out of her phone. And when the police confronted her about altering the contents of her phone, she lied and said she hadn’t.

When I hear these allegations, my heart sinks with recognition. It sinks further when we are told that while everyone else in the conspiracy is being considered for a single felony count, despite her lack of participation this woman faces two: obstruction of justice and evidence tampering.

But my faith is restored when the case is brought to a vote. I’m not alone in seeing the injustice of what happened, and so when everything is tallied those who vote to indict are one vote short. I actually breathe a sigh of relief.

But the foreperson is not pleased that we let the prosecutors down. “Shouldn’t we discuss this?” he asks.

I am less diplomatic. “This isn’t Twelve Angry Men,” I say derisively. “And it isn’t our job to make sure that people are indicted.”

A heated debate ensues. The eruption of discord reveals some latent hatred that has been brewing between the jurors seated up front and those in the back. Everyone wants to move things along, but no one wants to budge.

Our argument is cut short when Grand Juror No. 17, who has slept through most of our sessions and declined to vote in any of the other cases, decides to speak up for the first time in months. Speaking with the annoyance of someone abruptly awoken from a nap, he says, “I’ll vote to indict if that gets us out of here faster.”

The argument is over, the woman’s fate is sealed, her adult life over before it started. The jurors keep yelling, but I am rendered speechless. I shoot a look at Grand Juror No. 17 -- Grand Juror No. 3 will later refer to it as “an ice stare” -- and then grab my belongings. And then, when I run out of the building, I make it only a few blocks before I spontaneously -- and somewhat inexplicably -- burst into tears.

When jury duty finally approaches its close, I’m quick to put it behind me. I have good reason: In the intervening months, I’ve learned that my law license is still valid, that I have been accepted to graduate school, that my life might finally move forward.

But I never forget that young woman. I think about her whenever I hear myself start to complain about my circumstances. I think about her when I read that the victim in her case is required to pay a multibillion-dollar settlement for its role in the subprime mortgage crisis but does not have to admit any wrongdoing. I especially think about her when a grand jury in Ferguson and another in Staten Island decline to issue indictments in the deaths of unarmed men, about how someone with a crime so similar to mine could receive two felony charges when those who have killed receive none.

My experience on a grand jury teaches me this about the logic of criminal justice: there usually isn’t any. I sometimes wonder if that isn't part of its deliberate design, that we really ought to comply with the law not because it always makes great sense, but because it often doesn’t. That, and because breaking the law can lead to unintended consequences, upended lives and, quite possibly, six solid months of jury duty.

Jennifer Ridha is the author of CRIMINAL THAT I AM, a memoir about her experiences as a lawyer turned criminal defendant. She is currently pursuing a doctoral degree in legal anthropology.