Cate Blanchett need not be your sexual role model

Faced with outdated labels, many of us -- not just celebs -- are rebelling against simplistic answers 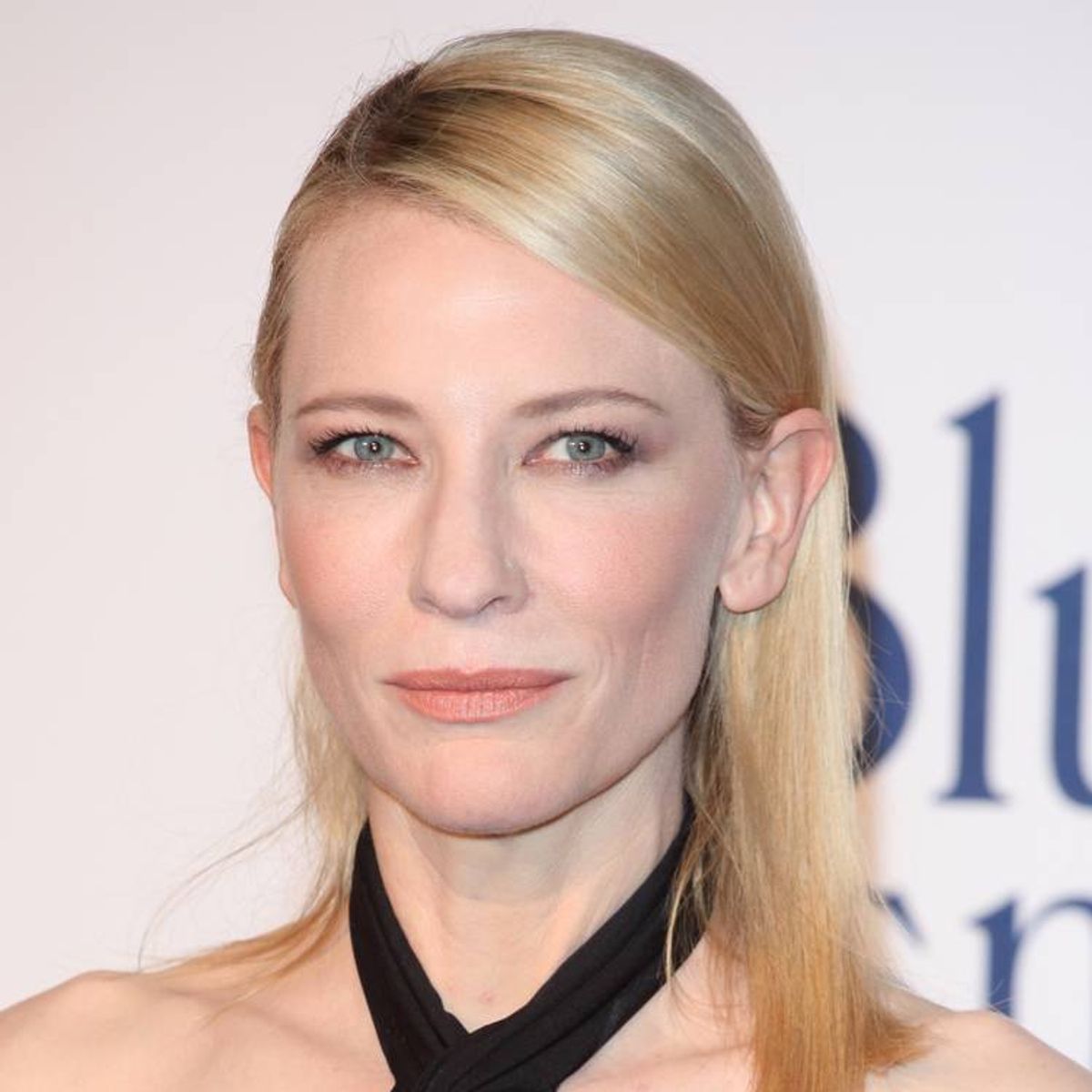 Last week, the Internet was abuzz with the news that, via a Variety interview, Cate Blanchett once had lesbian relationships, such as the one in her new film "Carol," co-starring Rooney Mara.

This weekend, it was abuzz with the news that, thanks to a clarification, she’d hadn’t actually.

The proliferation of celebration of a star’s alleged same-sex experiences followed by disappointment is a strikingly modern phenomenon; certainly, in the 1950’s, the era when Blanchett’s new movie Carol takes place, based on the Patricia Highsmith novel "The Price of Salt," there would not have been the equivalent of an eager public girl crushing on her awaiting news of her queerness. It’s a sign of progress the one hand that she would be welcomed into the fold, as it were, if Blanchett had slept with women in the past, but there’s an exhausting dizziness to the rush to clarify who, exactly, the actress has bedded, one that threatens to obscure her art, not to mention her marriage to Andrew Upton.

Perhaps we have better things to do with our entertainment curiosity than to fill headlines with either “Cate Blanchett: I've had 'many' women lovers” or “Cate Blanchett Denies Past Sexual Relationships With Women.” I love celebrity gossip as much as the next reality TV watcher and tabloid fan, but at a certain point, this becomes nothing more than a sexual orientation circus that turns the more important topic of her new film, one that took screenwriter Phyllis Nagy 14 years to get made, into practically a footnote. Far more relevant to modern cultural moment is this question Blanchett asked at that same press conference: “But in 2015, the point should be: who cares?” She further added: “What often happens these days is if your are homosexual you have to talk about it constantly, the only thing, before your work.”

This preoccupation isn’t just relevant to Hollywood stars. The fear that one’s sexuality will overshadow every other aspect of one’s self is part of what’s led to a rebellion against the traditional coming out narrative. Blanchett’s question of “who cares?” is being echoed by many people who fall outside the traditional heterosexual model—not because they don’t recognize sexuality as an important part of their lives, but because they are frustrated with the dearth of verbiage to describe something that is so vast, complex and unfixed. In a recent essay titled “Why I’m Not Labeling My Sexuality,” Cosmopolitan.com editor Lane Moore wrote, “Bisexuals are still largely seen — incorrectly — as people sitting in chairs in sexual identity waiting rooms until their names are called to go into the ‘straight’ or ‘gay’ offices; lesbians are seen as being attracted to women and women only, and never men, not even a little bit or else you don't count as a lesbian; and straight people are seen as people attracted to the opposite sex only, and if you're a girl and you so much as have a crush on a girl, you are gay, the end. Who the fuck is this system working for?”

Faced with labels that feel outdated, irrelevant and/or ill-fitting, many are calling into question the need to pick a word and stick to it—but not because they are wishy-washy or clinging to heterosexual privilege. Rather, they are recognizing that their sexuality may be informed by who they sleep with, but isn’t necessarily defined by it, as eloquently articulated by Maria Bello in her New York Times essay “Coming Out as a Modern Family” and book "Whatever…Love Is Love." Not to mention the fact that women may indeed have female friendships that are just as passionate in their on ways as their heterosexual romantic relationships. Seen through that lens, the did-she-or-didn’t-she scrutiny of Blanchett isn’t just unseemly, but tacky and beside the point.

It’s one thing to have a girl crush on Blanchett, as numerous commenters at Autostraddle, a site focused on “Girl-on-Girl culture,” have expressed, but quite another to have those crushes on a stranger predicated on her between-the-sheets activity. Of course it’s a natural question for a journalist to ask a famous actress playing a major lesbian role whether she’s had lesbian relationships, but there’s a slippery slope here in the leap from discussing her character to discussing herself. The original Variety piece reads, “Like Carol, who never ‘comes out’ as a lesbian, Blanchett doesn’t necessarily rely on labels for sexual orientation. ‘I never thought about it,’ she says of how she envisioned the character. ‘I don’t think Carol thought about it.’” Yet this became cause for Nico Lang, writing at The Daily Dot, to both praise (“there’s an inspiring ‘free to be you and me’ message”) and damn her (“there’s also something sneakily disingenuous in Blanchett's calculus”). If this is the kind of standard celebrities are being held to (one that I would venture is higher than we would like ourselves to be held), it will only serve to inhibit celebrities from openly discussing aspects of their sexuality that don’t fit into neatly prescribed, familiar narratives.

Just as we’ve stayed obsessed with the question of whether celebrities are feminists, we seem to want celebrities to also become sexual role models, out and proud in ways we may not always want to be, to the disservice of their actual, lived experiences. It’s as if we want to discount the fact that Blanchett has turned in a performance that getting Oscar buzz in order to put her on a rainbow-colored pedestal, rather than face her actual, honest responses to deeply personal questions.

Immediately following the Variety story, lesbian/bi pop culture site AfterEllen wrote, “Cate is one of several public women who have spoken about having relationships with women, while also not labeling themselves. In this interesting time we live in, it offers more visibility but also begs the question, should we consider them queer?” Maybe the more important question we should be asking is not what celebrities can do for us, as how they see themselves and their lives. I’m not saying don’t ask questions about a star’s sexuality if it’s relevant to their work, but rather, respect the answer, whatever form it takes.