"Game of Thrones" politics: Secret missions, desperate lies and the dangerous art of the double-cross 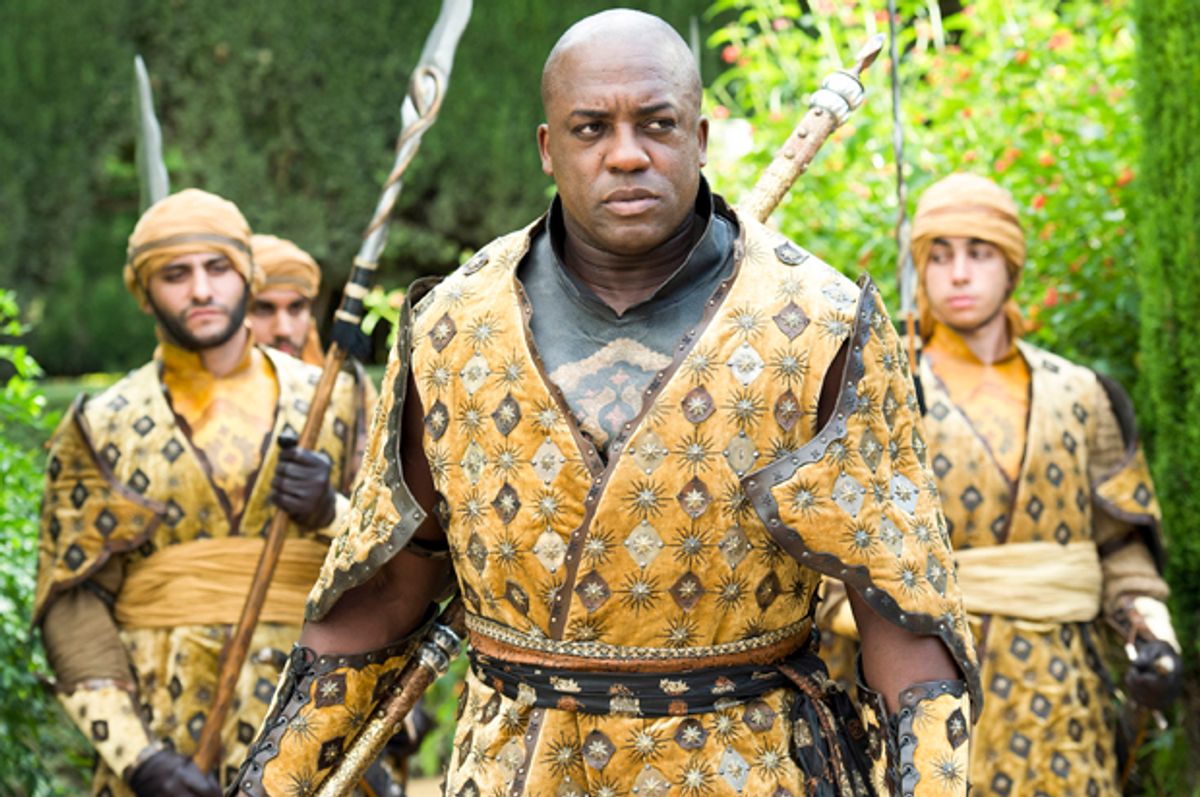 In Renaissance Europe, the very name of Machiavelli became an insult – to be a “machiavel” was to be a schemer, a conspirator, someone utterly without ethics or morals. All this because in his manual on statecraft, Machiavelli urged that a prince move beyond the conventional wisdom that rulers should keep their word, and argued instead that:

“A prudent Prince neither can nor ought to keep his word when to keep it is hurtful to him and the causes which led him to pledge it are removed. If all men were good, this would not be good advice, but since they are dishonest and do not keep faith with you, you in return, need not keep faith with them.” ("The Prince," Chapter XVIII)

Or in Westerosi, you have to play the game of thrones. It’s a harsh lesson, but one often misinterpreted, for the Florentine did not urge men to be wantonly or needlessly false. Rather, a prince should know how to be false to deal with the false, and should take every occasion not to be publicly seen as a liar, lest no one trust them at all.

In this episode, we are constantly reminded of the necessities of lying – in the House of Black and White, Arya learns the game of faces so that she might give comfort to the dying, but also to assume their identities; in Essos, Tyrion and Jorah dissemble to keep themselves alive and headed toward Meereen; but it is in King’s Landing where the lies are the most common and the betrayals the most consequential.

Let us begin with the great betrayal that rocks the political landscape this episode – Cersei Lannister uses the Faith Militant to jail Loras Tyrell for his sexuality , but also to jail Margaery Tyrell for perjury, when Loras and Margaery’s denials of the charges are undermined by Olyvar’s testimony in front of the High Sparrow (another example of why lying should always be private, rather than public). It’s superficially a clever move – Cersei has swept aside her would-be replacement without acting herself at all, merely by convincing Olenna that the Faith’s inquest is a mere formality which House Tyrell’s social position will allow them to remain above.

However, as everyone recognizes, it’s not a well-executed betrayal for several reasons. First, the “veil” she would draw between her own actions and the Faith Militant are a transparent fiction – everyone, be it Littlefinger or Lord Tyrell, knows that she is “behind this absurd incarceration of my grandson.” Second, the problem is that she is just as dependent on “the troops, gold, and wheat” that House Tyrell supplies, as Olenna bluntly reminds her in the Hand’s chambers. Cersei herself notes that “the Lannister-Tyrell alliance brought peace to a war-torn country,” but fails to recognize that the Tyrells will not continue an alliance with the dynastic ties of marriage thrown into prison along with Loras and Margaery. A betrayal that undermines the position of House Lannister is hardly in keeping with the Florentine’s teachings.

This is especially the case, given that House Lannister is facing betrayal both openly and secretly when Petyr Baelish comes to King’s Landing. Fans of the show have been debating for some time how exactly Littlefinger’s plan is going to work – and here we see how it all works. He announces that Sansa Stark is alive and in Winterfell, betraying his supposed allies the Boltons without mentioning his own role in the marriage. However, by offering the army of the Vale to suppress whoever wins the upcoming battle between Stannis and Roose Bolton in exchange for the title of Warden of the North, this now means that if Roose wins, Littlefinger has the option of either betraying the Boltons and taking the North for himself (which would give him two of the Seven Kingdoms), or maintaining his alliance and overthrowing Cersei (which might get him far more). If Stannis wins, Littlefinger can either fight his reduced army (good luck!), or simply wait for Stannis to push south to King’s Landing and hold the North through Sansa. This is well-executed Machiavellianism – Littlefinger has betrayed both sides and positioned himself as their chief ally, all the while keeping his fingerprints off the betrayal and his treasons behind closed doors, easily able to deny. Whatever happens, Littlefinger is positioned to adapt to the changing circumstances.

A final example of clever statecraft comes in the almost completely unseen hand of Doran Martell. In one fell swoop, he has captured Ser Jaime and Bronn as well as the Sand Snakes and Ellaria, somehow knowing exactly where and when they were going to strike. For all that both hunting parties believed themselves to be acting in secret, as Areo Hotah remarks in "A Feast For Crows," “someone always tells.” Thus to the outside world, Doran Martell remains a faithful vassal of King’s Landing, while now having half of the known Lannisters in Westeros in his hand. Without rising from his wheeled chair, Doran Martell has quashed both nascent rebellion and a humiliating kidnapping, while retaining complete flexibility for his future actions. It remains to be seen what direction he will lead his country, as the now-undisputed Prince of Dorne.

And while we’re talking about betrayal, let’s talk about the showrunners and the final scene of the episode. Among other things, HBO’s Game of Thrones is a show that has been given enormous leeway in its depiction of sexualized violence, in no small part because George R.R Martin’s "A Song of Ice and Fire" has as one of its major thematic elements a harsh critique of the patriarchal culture of medieval societies, and the sexualized violence inherent in such a society. However, that doesn’t mean the same thing as a blank check. Last season, when the showrunners inadvertently (or not) turned Cersei and Jaime’s reunion in the Sept of Baelor into a rape scene, they were loudly (and rightly) critiqued for having botched an important moment in the story in such a way that reinforced rape culture.

So with this last scene, I think the showrunners have betrayed the trust of their audience, by depicting a scene of brutality against Sansa Stark for no purpose. We already knew that Ramsay Bolton was a sadist and an abuser of women, we already knew that Theon Greyjoy was his tormented puppet. Showing Sansa’s dress ripped, showing her face shoved down into the bed, hearing her screams did nothing to reveal character, or advance the plot, or critique anything about Westerosi society or about our own conceptions of medieval society that hasn’t already been critiqued.