"Game of Thrones" writer, Sansa and Ramsay speak out about horrifying rape scene: "I kinda loved it" 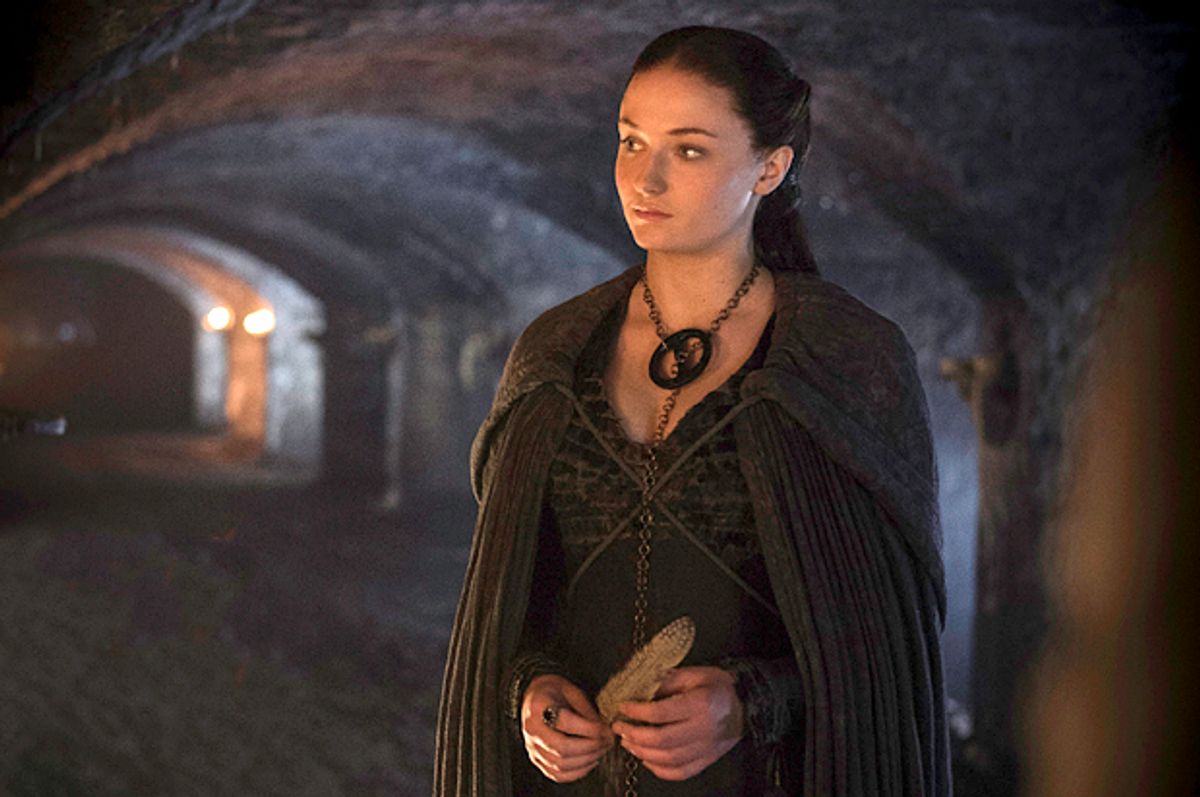 Last night on “Game of Thrones,” Ramsay Bolton brutally raped Sansa Stark on their wedding night while Theon/Reek looked on. Needless to say, many fans and critics were unhappy with the scene. As Libby Hill wrote for Salon, “This was not something that had to be implemented by David Benioff and D.B. Weiss in order to protect the sanctity of the novels. This was a choice and the choice was to marry off a teenage girl, rape her, and not even have the dignity to care primarily about her feelings about her fate."

Here's what the stars and creative team behind the scene had to say about the controversial scene:

19-year-old Sophie Turner, who plays Sansa Stark, opened up to Entertainment Weekly about shooting the scene, saying that she "secretly loved it."

"When I read that scene, I kinda loved it. I love the way Ramsay had Theon watching. It was all so messed up. It’s also so daunting for me to do it. I’ve been making [producer Bryan Cogman] feel so bad for writing that scene: “I can’t believe you’re doing this to me!” But I secretly loved it… After Joffrey, she’s escaped him and you think she’s going to lose her virginity to a guy who’s really sweet and takes care of her and she’s thrown in with a guy who’s a whole lot worse. But I kind of like the fact she doesn’t really know what a psycho he is until that night. She has a sense, but she’s more scared of his father. And then that night everything gets so f–ked up."

"The interesting thing is, when you put Sansa into it, she carries a lot of status with her just because of her name. She's a lady. So to him, it's more about furthering the dynasty, furthering the status of the Boltons. As far as he's concerned, as long as she becomes pregnant, then the job's done, you know? He sees it like, "She's my wife. I'm allowed to do whatever I want," which is one of the horrible realities of that era, or the era that's being represented in this made-up world. It's a horrible, dark thing. But that's her purpose, to have children, so they can carry on the family name. I don't think it's a domination thing with Sansa."

EW spoke with producer Bryan Cogman, who also wrote the episode, asking him how he could inflict this scene on Sansa. His answer? Because Westeros is a horrible place, essentially.

“This is 'Game of Thrones'... This isn’t a timid little girl walking into a wedding night with Joffrey. This is a hardened woman making a choice and she sees this as the way to get back her homeland. Sansa has a wedding night in the sense she never thought she would with one of the monsters of the show. It’s pretty intense and awful and the character will have to deal with it.”

Explaining that the scene wouldn't be nearly as sadistic as Ramsay's wedding night with Jeyne Poole was depicted in the books, Cogman described the scene as “an important turning point” for Sansa. “She’s seen Theon and hated him and thinks he killed her brothers and betrayed them but she’s very conflicted by what she’s seeing there,” he explains.

As usual, George R.R. Martin took to his Livejournal to remind fans of the gap between his books and Weiss and Benioff's adaptation:

“Let me reiterate what I have said before. How many children did Scarlett O’Hara have? Three, in the novel. One, in the movie. None, in real life: she was a fictional character, she never existed. The show is the show, the books are the books; two different tellings of the same story … There have been differences between the novels and the television show since the first episode of season one. And for just as long, I have been talking about the butterfly effect. Small changes lead to larger changes lead to huge changes.”