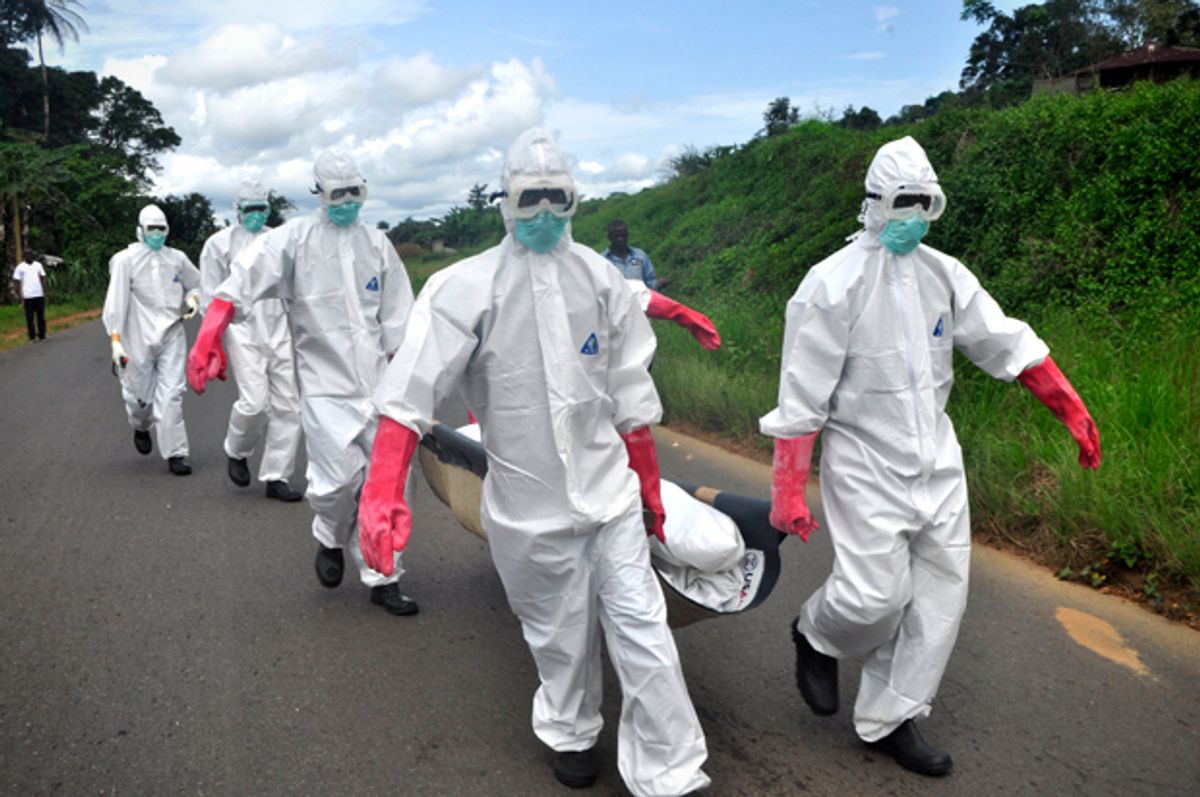 West Africa's ongoing Ebola epidemic is continuing to prove a massive challenge to global health officials, to the extent that the outbreak, which has killed 11,065 people and infected 26,000 others, has caused the World Health Organization to completely reconsider the way it approaches public health crises.

And to think that, if only we were more supportive of Big Coal, we could have avoided all of this.

This, according to a Guardian report, was a real argument put forth last year by coal giant Peabody Energy, which, as part of a campaign to rebrand coal from being seen as a climate change-causing, lung damaging pollutant to a “21st-century fuel” capable of solving global poverty, suggest that coal was the solution to Ebola:

Greg Boyce, the chief executive of Peabody, a US-based multinational with mining interests around the world, included a slide on Ebola and energy in a presentation to a coal industry conference in September last year. The slide suggested that more energy would have spurred the distribution of a hypothetical Ebola vaccine -- citing as supporting evidence a University of Pennsylvania infectious disease expert.

That expert, infectious disease specialist Harvey Rubin, had spoken previously about the importance of continuous refrigeration, and therefore reliable energy, to the distribution of a hypothetical Ebola vaccine (none, as of yet, have been approved for use in humans). But he told the Guardian he "know[s] nothing about the coal industry,” and was annoyed that they spelled his name wrong in their presentation.

Other public health experts contacted by the Guardian are considerably more peeved by Peabody's suggestion:

“There is no apparent merit or evidence to support such a thesis,” said Irwin Redlener, director of Columbia University’s National Centre for Disaster Preparedness, and an advisor to the White House on the US response to Ebola. “Peabody has very specific and explicit corporate goals. I think this is a pretty far fetched leap from a global crisis to try to justify the existence of a company that is interested in producing and selling coal.”

Skip Burkle, a senior fellow of the Harvard Humanitarian Initiative at the university’s school of public health, said Peabody’s claims were “absolutely ludicrous”. “We are talking about public health infrastructure,” he said. “Energy is just one piece of it. There are so many other factors that have to come together.”

He went on: “The coal industry is going down but there are other answers to this and it is not to dump it in Africa. It is just an insult to the population.”

And while we're talking major public health threats, the coal industry might want to take a long, hard look in the mirror...