David Letterman's brilliant vulnerability: He has always been "naked and afraid" behind that trademark smirk

He defined the era of snark, but his gift has always been his raw sincerity 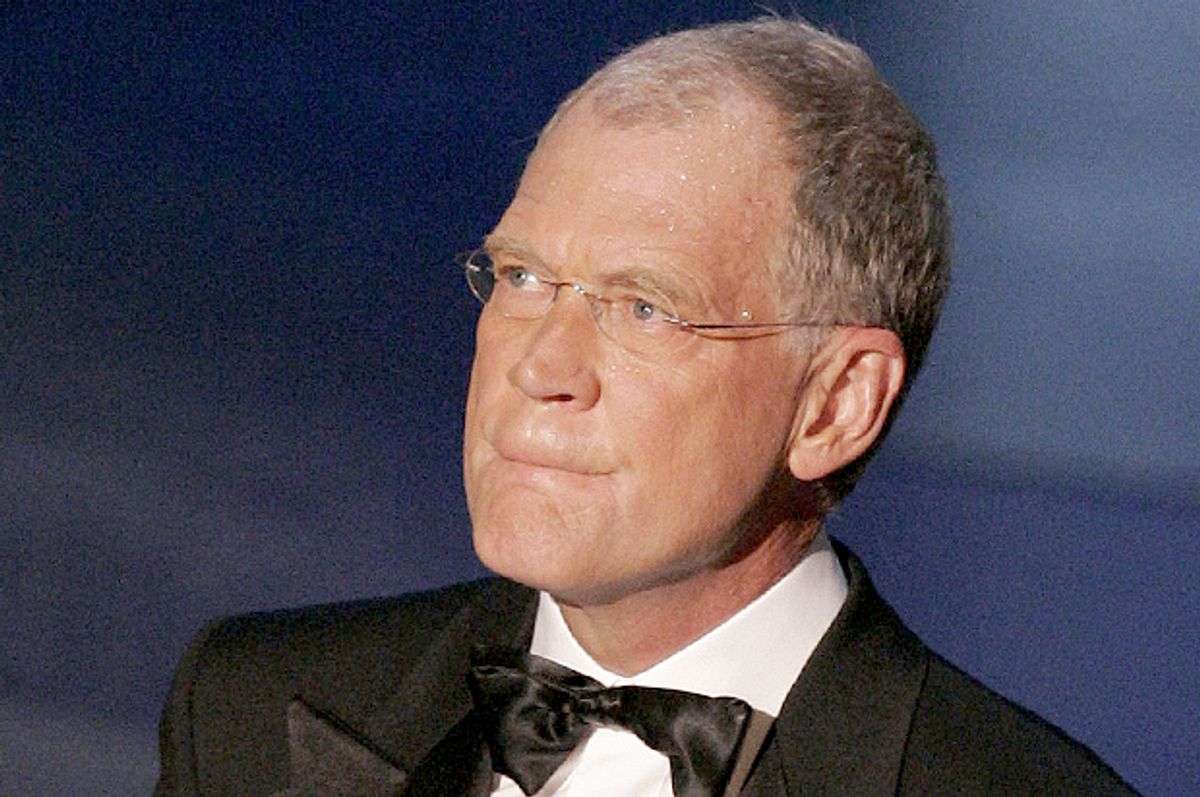 "I'm naked and afraid," says David Letterman, describing to Jane Pauley this week his feelings as the clock ticks down to the final episode of his "Late Show" Wednesday. And perhaps that sounds, at first, like a surprising admission from a man whose trademark is a smirk. But while fans and critics reflect on what the host and his show have meant to music and to standup, not to mention to the fine art of openly crushing on your guests, can we give it up for the one aspect of Letterman's hosting that always made him stand out most — his seemingly effortless vulnerability?

When David Letterman — a former weather man and morning show host — debuted in the late night spot back in 1982, he quickly became a defining face of the era's jaded snark. He was unabashed when he liked a guest, but equally unfazed when he was less impressed, a trait which over the years made for some of television's greatest moments of genuine celebrity tension. He was a cigar chomping wiseguy who often seemed to not care whether his audience, shivering in his famously frigid theater, or his famous guests, squirming in the hot seat, were comfortable. He regularly displayed a complete lack of patience for the phony rituals of talk show convention. So you can see why, after he was passed over for "The Tonight Show," Esquire in 1991 dubbed Dave "Mr. Increasingly Dispirited, Disaffected Guy." Grumpy? Sure, especially in those dark, transparently ticked off days of the late night wars. Lacking in sensitivity? That's a consistent trait. But you'd be hard-pressed to name another public figure who's been so willing, for so long, to show off his flaws and fears and hardships, to let himself be the punchline of his own jokes.

Over the course of his show — and in particular the second half of its run — Letterman has displayed a candor that would unimaginable coming from the likes of a bland audience panderer like Leno or Fallon. Letterman is the guy who took his journey through heart surgery and turned the experience into an unprecedented television event, culminating in bringing his medical team on the show to share the stage with him. He's the one who gave an emotional, bold comeback monologue after 9/11, in which he called what happened in his city "desperately sad" and ended by making fun of Regis Philbin. He endured a kidnapping plot involving his baby son. When, in 2009, he was the victim of an attempted blackmailer who threatened to expose his secret "terrible, terrible things," he used his monologue to admit, "The creepy stuff was: I have had sex with women who work with me on the show. Now, my response to that is, yes I have." And he's been open about his experiences with depression and anxiety, and his assessment that "For years and years and years – 30, 40 years – I was anxious, and hypochondriacal, and an alcoholic, and many, many other things that made me different from other people."

It's very easy to be the snide dart-thrower, perpetually refusing to be amused or enthusiastic about anything. See: A vast number of television and radio personalities, every commenter on the Internet. It's also relatively easy to play the part of the sincerely fascinated host who really feels for that celebrity spinning some useless anecdote, or the glorified corporate retreat coordinator who insists that tonight is going to super super fun you guys, whoooo. That is what's left, for the most part, of the wee small hours now. Letterman's never been any of those guys. He's been unafraid to be hard on celebrities because he's been unafraid to be hard on himself. That's what being authentic looks like. It's not widening your eyes and nodding your head sympathetically. It's being human and letting yourself laugh about it. The 68 year-old man who describes himself now as naked and afraid has long been naked and afraid. And for that, most of all, he will be sorely missed.