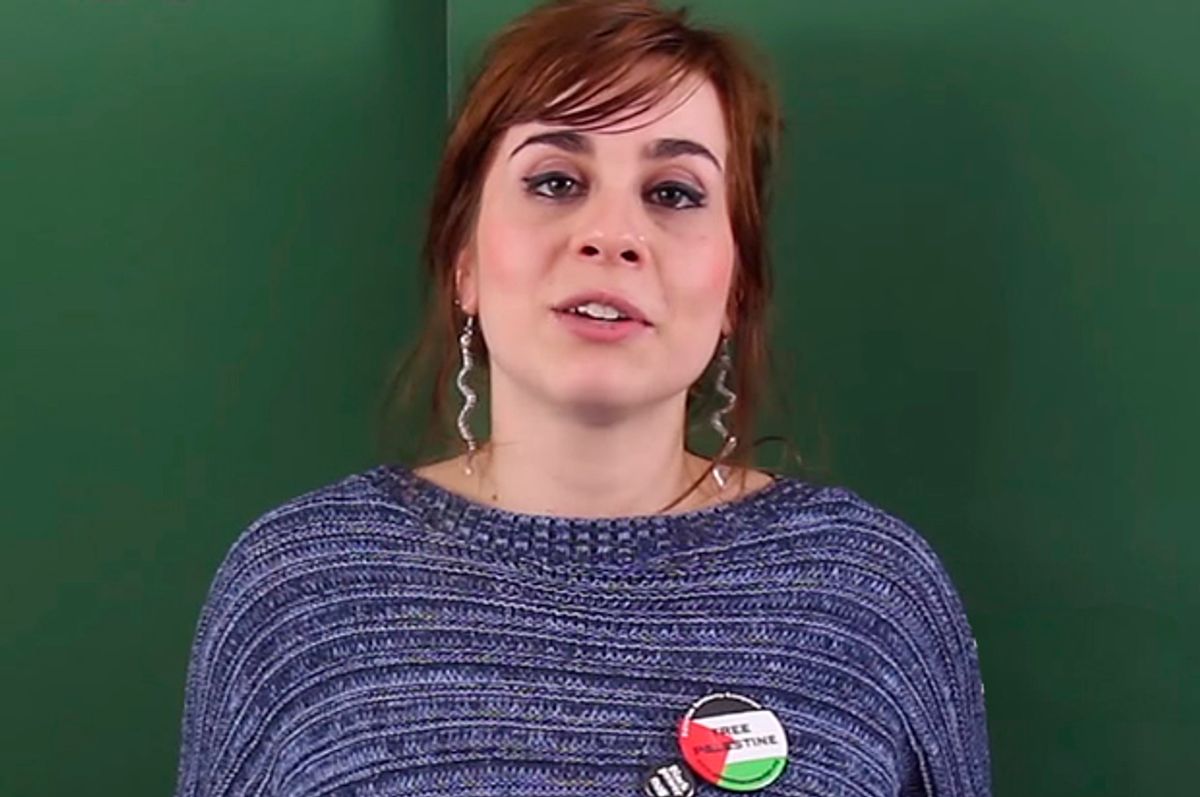 Remember last week, when separate incidents out of Boston University and London's Goldsmiths University sparked a public debate over charges of racism and sexism — and who can be called racist and sexist? Well, apparently we still haven't definitively come to any conclusions on those. But the two women at the forefront of both controversies are now involved in new ones.

First, there's incoming BU African American Studies professor Dr. Saida Grundy, who came under harsh criticism — and a predictably gleeful torrent of right wing declarations that "anti-white racism is rampant" — after Amherst student Nick Pappas posted some of her more controversial tweets on his SoCawlege site. "Deal with your sh*t, white people," she'd written, among other comments on her now now protected feed. "Slavery is YALL thing…. Those euphemisms for ur ancestors like ‘farmers’ and ‘pioneers’ means you owned humans and killed natives." In a statement last week about her Twitter comments, Grundy said, "I regret that my personal passion about issues surrounding these events led me to speak about them indelicately."

But Grundy's social media behavior came into question again on Monday. Fox News has reported that back in February, a poster identified as Sai Grundy got in a heated Facebook conversation over a post on The Grio critical of Patricia Arquette's post-Oscar comments on feminism. After a white woman named Meghan Chamberlin, who claims she identified herself as a rape survivor, wrote, "I LITERALLY cry and lose sleep over this… What this article did was tell me that I'm not aloud [sic] to ask for help… Because I am a WHITE woman," the poster known as Grundy soon replied that "You promote your #whitegirltears like that’s some badge you get to wear" and then added, "Go cry somewhere since that’s what you do."

And over at Goldsmiths, there's more from diversity officer Bahar Mustafa too. Mustafa recently hosted "a BME woman and non-binary" only event and explained the limited guest list by declaring, "I, an ethnic minority woman, cannot be racist or sexist towards white men, because racism and sexism describe structures of privilege based on race and gender." Now, she's the subject of a petition for a vote of no confidence, and accused of spreading "slanderous rumors of staff bullying to support her campaigns, and encouraged students to believe that an individual member of staff is directly responsible for student suicide attempts disclosed to her as the Welfare and Diversity Officer," as well as engaging in "the the consistent use of hash-tags such as #killallwhitemen and #misandry, and publicly calling someone 'white trash' under the official GSU Welfare and Diversity Officer twitter account."

In response, Mustafa has apologized for the "white trash" comments and adds, "Regarding my use of hashtags: these were done on my personal account, which is separate to my work account. However, I still recognize and understand how this can be alienating and troubling to some. These are in-jokes and ways that many people in the queer feminist community express ourselves -- it's a way of reclaiming the power from the trauma many of us experience as queers, women, people of color, who are on the receiving end of racism, misogyny and homophobia daily."

As the Telegraph reports, "If three per cent of students' union members sign the petition, a vote of no confidence will be held in Ms. Mustafa. If two thirds of voters say she should be removed during that ballot, she will lose her job."

The last thing I feel doing, ever, is treating Fox like a legitimate source for news and information, or pointing out that a diversity officer — especially one who now says she's receiving "death and rape threats, racial and gendered abuse" — may be, as we feminists so love to say, "problematic." But by now there are bright red flags surrounding both Grundy and Mustafa regarding the way they conduct themselves on social media and how they appear to react to dissent and disagreement, and those things can't be ignored. And we can continue to debate whether a person can or can't be "racist or sexist," but that doesn't mean we can't also debate whether she can't be wrong.