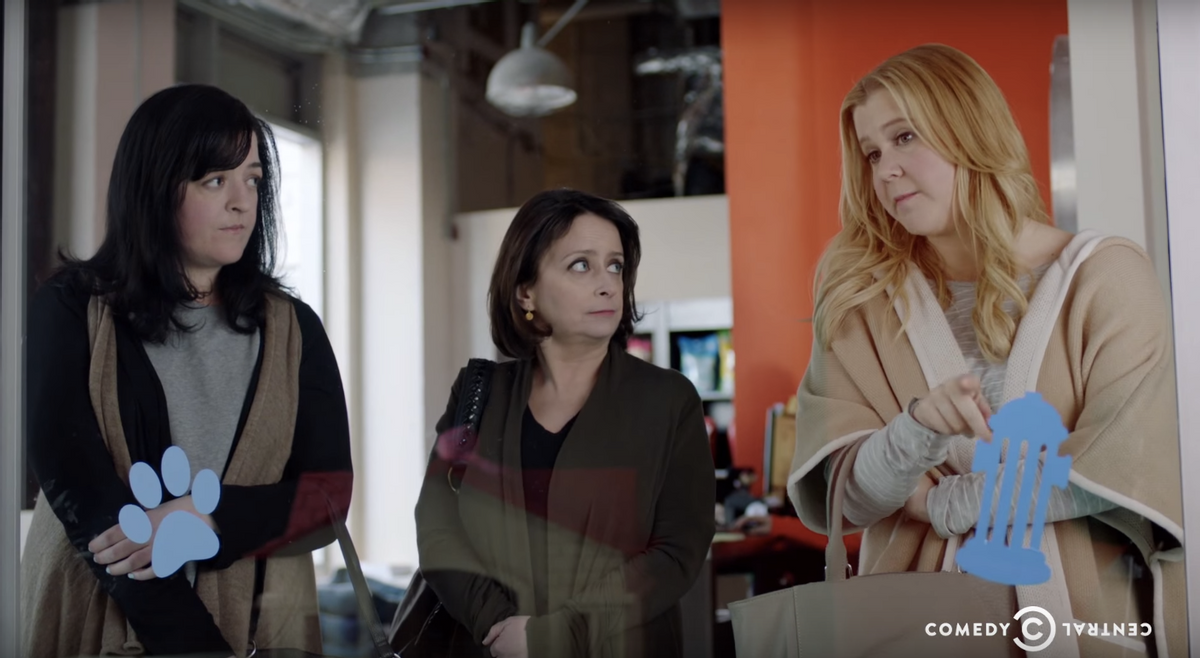 Amy Schumer took aim at wacky anti-vaxxer parents in her most recent sketch "Doggy Daycare" from Tuesday's episode of "Inside Amy Schumer." The sketch cleverly uses dogs as stand-ins for children to underscore the insanity of this parenting tactic. It also makes some not-so-tacit allusions to noted anti-vaxxer Jenny McCarthy and a disease called "pawtism." Which sounds a lot like -- oh, you guys got it.

Schumer bumps into some crazy dog moms (Rachel Dratch, among them) while at the "doggy daycare." Each take turns sharing tales of their heroism: One mom's dog apparently lost a leg after a cop shot him; another, was rescued from the "Darfur Galleria." And then there's one mom who will not allow her dog anywhere near those vaccines:

“I didn’t get him vaccinated, because Jenny McCarthy said it can cause 'pawtism,'” she says.

“I followed her advice, too,” Schumer responds. “I got my dog a cat, because pets make you live longer.”