In the sketch "Swanks," Schumer raves about booty-enhancing pants that get men on the streets to holler 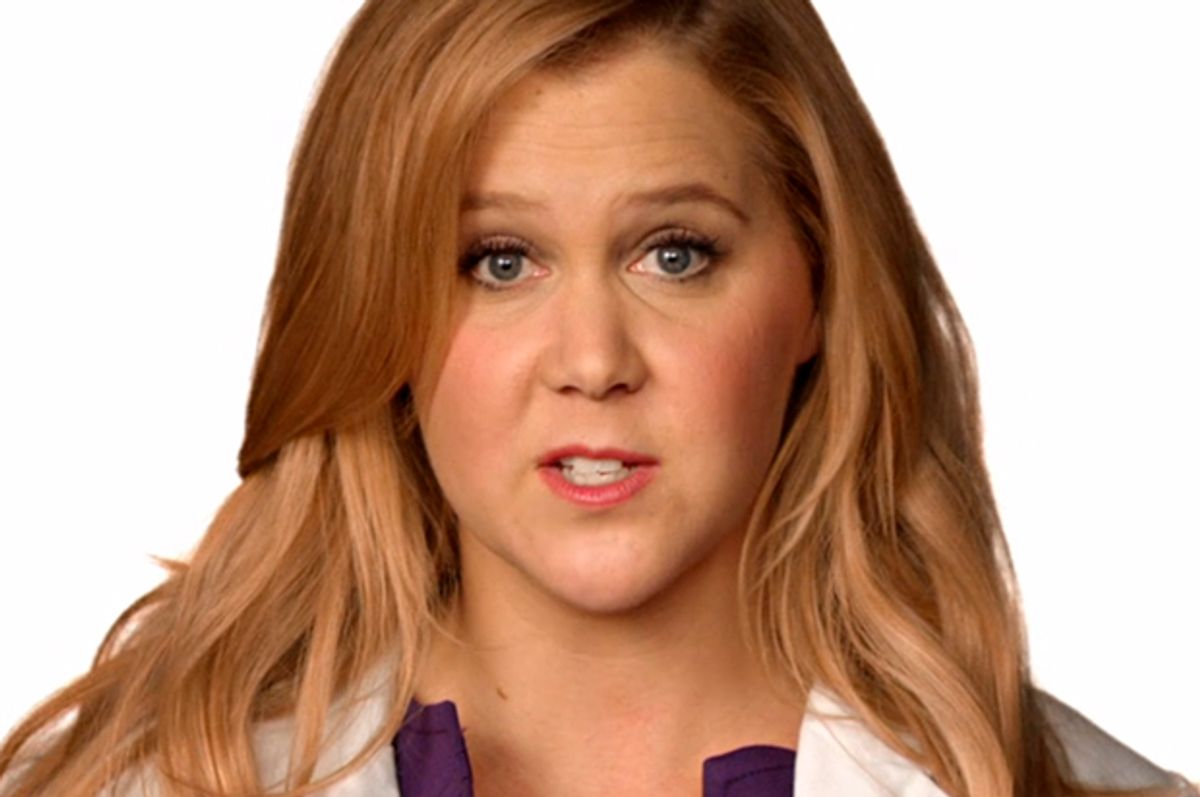 Amy Schumer wasn't lying when she told Conan O'Brien back in April that this season's "Inside Amy Schumer" would be almost entirely about butts -- even going as far as declaring 2015 "the year of the ass."

First, we saw "Milk Milk Lemonade," a masterpiece of a music video skewering "big booty jams" and society's obsession with ass. In it, Schumer managed to get Amber Rose to utter the words "You say you don't like asses because I fart and break your glasses." What else is there to say, really?

Now we find ourselves watching Schumer's latest ass commentary, a mock infomercial for a product called "Swanks" (like "Spanks" but named after Hillary Swank in "Boys Don't Cry") which promises to give women's butts a boost and cause only a little bit of internal bleeding. But it's totally worth it! Because men on the street will stop and stare.

In its darkest moment, the sketch rips into street harassment culture by lampooning the idea that a woman would "want" a man to holler at her on the streets for having a nice butt. The mom in the infomercial is able to finally find solace in the fact that her butt turns heads -- that she's finally worth the male gaze -- in her new "Swanks."