Bill Murray bursts out of a cake for David Letterman — then gives slurring, stumbling MSNBC interview 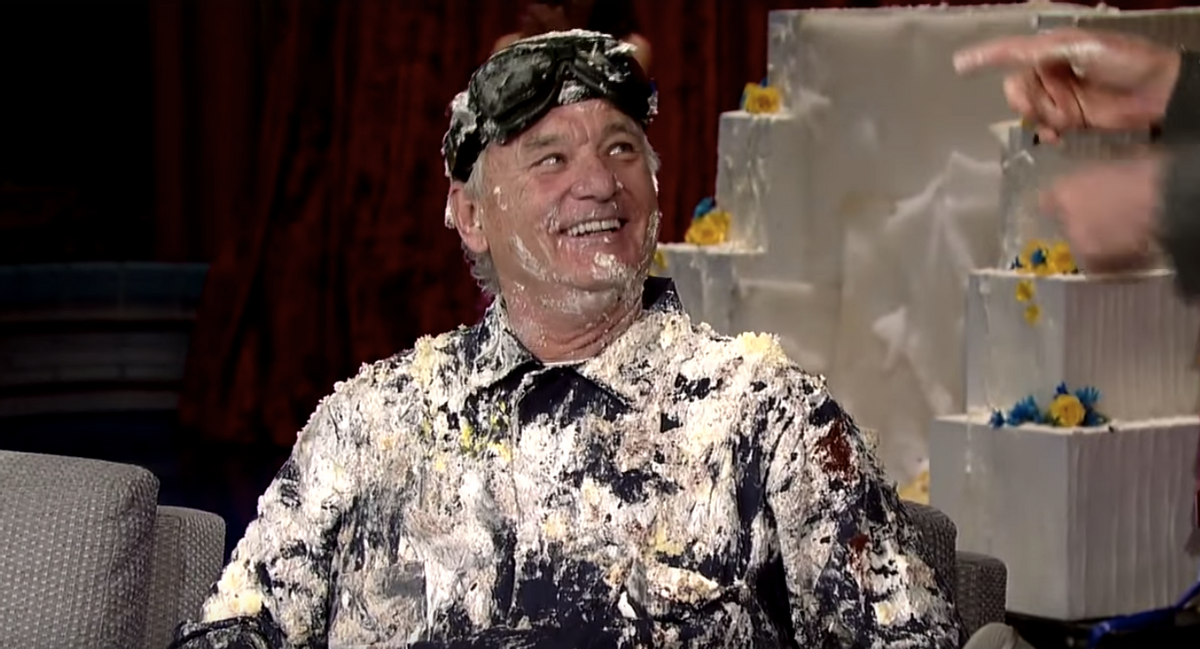 That Instagram of Bill Murray strutting down Broadway covered in cake is beginning to make a little bit more sense today. The meme-ified national treasure arrived inside a "Goodbye, Dave" cake for Wednesday night's "Late Show" and conducted his interview covered in frosting and crumbs.

Murray, as proven time and time again, is the king of the late-night entrance. Back in March, Murray rode side-saddle onto Jimmy Kimmel's Austin set.

Hours after emerging from a cake on the "Late Show," Murray appeared on MSNBC's "The Last Word with Lawrence O'Donnell." People on Twitter immediately began speculating that Murray was just a little bit more than drunk. He murmured inaudibly and stumbled around and finally -- as one Vine user gloriously captured -- Murray actually fell from his chair on the live TV broadcast:

Watch Bill Murray's Letterman appearance below, followed by his first appearance on the show back in 1982: