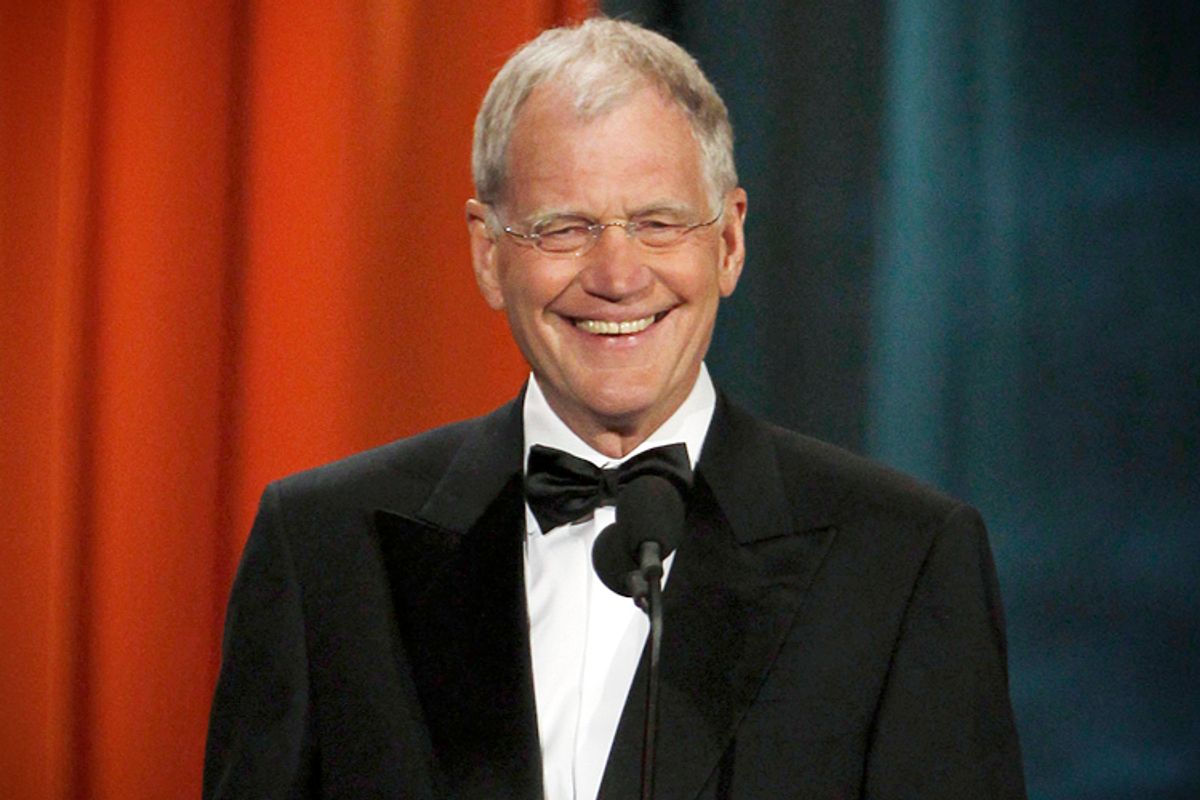 Of the many people in showbiz David Letterman has influenced, few have felt his impact as keenly as his fellow talk show hosts. With Jay Leno gone, most of our current late night crew are of the generation who came of age watching Letterman on a daily basis, taking their cues from the dry weatherman from Indiana who was doing something nobody had ever seen on TV before. As the following tributes indicate, Letterman is widely viewed as a role-model and a trailblazer, whose singular voice helped to shape the comedic sensibilities of the generation of funny men (and women) to follow. Here's a look at what his fellow hosts have to say:

Kimmel was a massive Letterman fan growing up — his first car even had a L8 Nite Vanity plate — and his teary tribute reflected the deep, formative influence that Dave had on him growing up. Explaining that his appearance on Letterman was the reason ABC gave him his show, an emotional Kimmel implored guests to skip his show tonight (which will be a rerun) and to watch "Letterman" instead, “because Dave is the best, and you should see him.” Aw!

Like Kimmel, Fallon grew up watching and admiring Letterman, and like Kimmel, he has some paraphernalia to prove it: a page from his eighth grade yearbook where his teacher named most likely to replace Letterman on the Late Night Show (“pretty close!” he riffed). Fallon went on to pay tribute to Letterman’s unparalleled influence on the genre, explaining that Letterman “taught us how to do something smart and stupid for comedy” and referencing his remarks after 9/11 to prove that "he’s always just there when you need him."

Conan penned a moving love letter to Letterman in Entertainment Weekly, waxing poetic about Letterman’s legacy and his influence on comedy at large. "Not one single writer/performer in the last 35 years has had Dave’s seismic impact on comedy,” he writes. "Every day, I read that a new comic has ‘changed the game,’ and admittedly there is an absurd abundance of talent and creativity out there right now. But in today’s world of 30 late night programs, it’s tempting now to take Dave for granted. Do not. Dave was a true revolution—and I believe his innovations are up there with the light bulb and the Twix bar. Like all revolutions, it was such a seismic shift that it was disorienting and a bit messy at first, and it has taken us time to realize the sheer magnitude of the shift."

Stewart is on reruns this week, so he used last Thursday’s show to pay tribute to Dave, remembering Dave’s advice to him back when his MTV show ended and calling him an innovator who created something “mind-blowing.” "He was, for me — and I think many comics in my generation — an incredible epiphany of how a talk show or how entertainment or how television..." he said, before interrupting himself. "For God's sake, the man put a camera on a monkey! It seems so simple now! But back then, it was mind-blowing. And I used to watch that show since the early '80s and just fell in love with the joy that they had and that they brought."

Seth got fancy with his Letterman tribute, recreating the opening from Dave’s 1982 shot-for-shot (and having himself introduced “a man who knows it’s Letterman’s show and he’s just borrowing it.”)