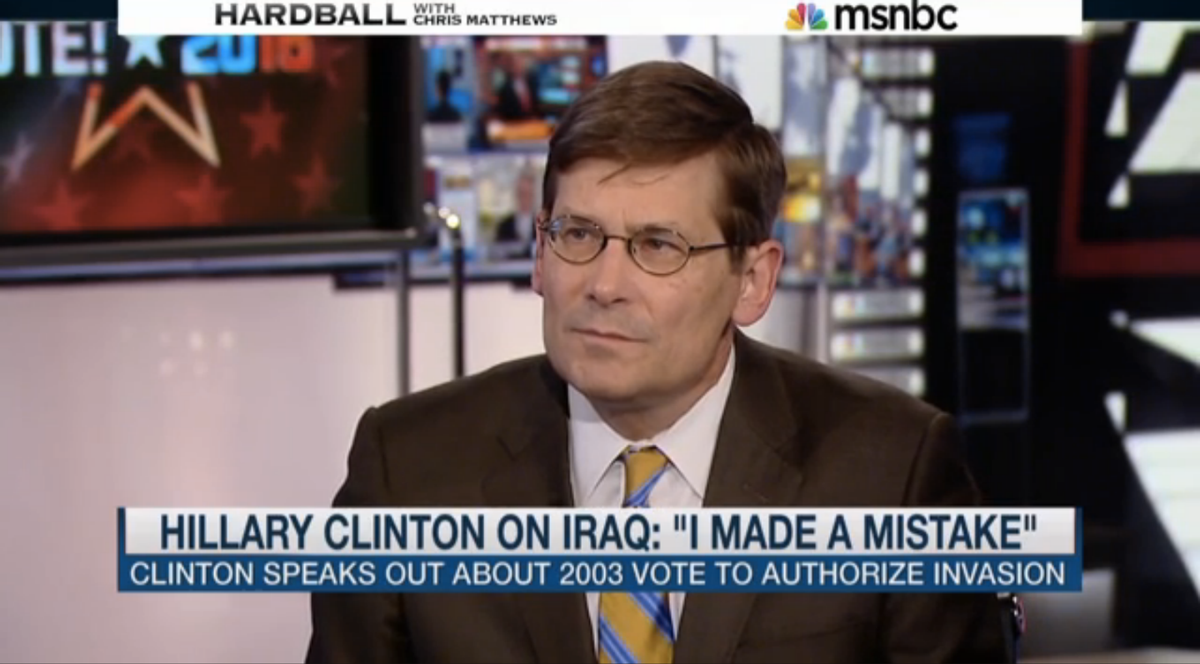 A flurry of politicians quickly declaring their candidacy for the Republican presidential nomination has meant that the Bush administration's Iraq War is back in the national conversation. Jeb Bush has been forced to answer for his brother's mistakes, while others like Marco Rubio have toed the party line -- knowing the information that the administration knew at the time, they too would have invaded Iraq.

The thing is, the Iraq War was not the result of an intelligence goof -- rather, the country's top office systematically misled the public about Iraq's nonexistent WMD program, as well as Saddam Hussein's link to Al Qaeda.

The show played a clip of Cheney saying, "We know [Saddam Hussein] has been absolutely devoted to trying to acquire nuclear weapons. And we believe he has, in fact, reconstituted nuclear weapons."

"Was that true or not," host Chris Matthews asked.

"Can you answer that question? Was that true?"

"No, that was not true," he finally said.