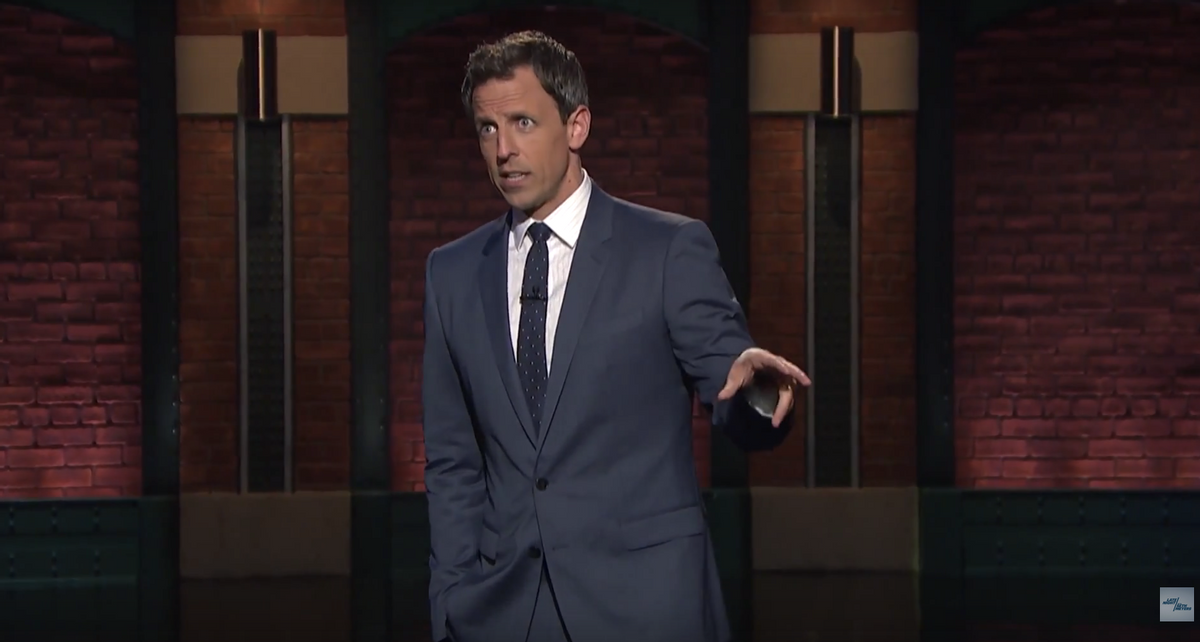 Seth Meyers had an over-the-top tribute to departing "Late Show" host David Letterman on his show Wednesday night. The "Late Night" team created a flawless scene-by-scene reenactment of the classic Letterman opening credits. After rolling it, Meyers joked that the biggest difference he observed in his version was how many more pornography theaters there were compared to the sparkling-clean "1982 New York" portrayed in the original.

"And it's so sad, because people still bring families here for vacation and I don't know where they go anymore," Meyers remarked. "Guess the M&M store."

Later, Meyers got candid and talked about his fondest memories of David Letterman who, before hosting the "Late Show" on CBS, sat in his very seat on NBC's "Late Night."

Meyers said that he was very nervous the first time he visited Letterman's show and was encouraged to talk about something "happening in his personal life." He decided to talk about goats. His girlfriend at the time apparently had just gotten one -- and Meyers hated that "head-butting bastard" with every fiber of his being.

Every visit since, Meyers said that Letterman has asked for updates on the goat.

"That was for me, what made Dave special. He could talk to you about something very insignificant and make it much more interesting."