The other "1 percent": A guide to the racist, sexist bikers who fatally clashed in Waco

"Recognize these groups for what they are: criminals" 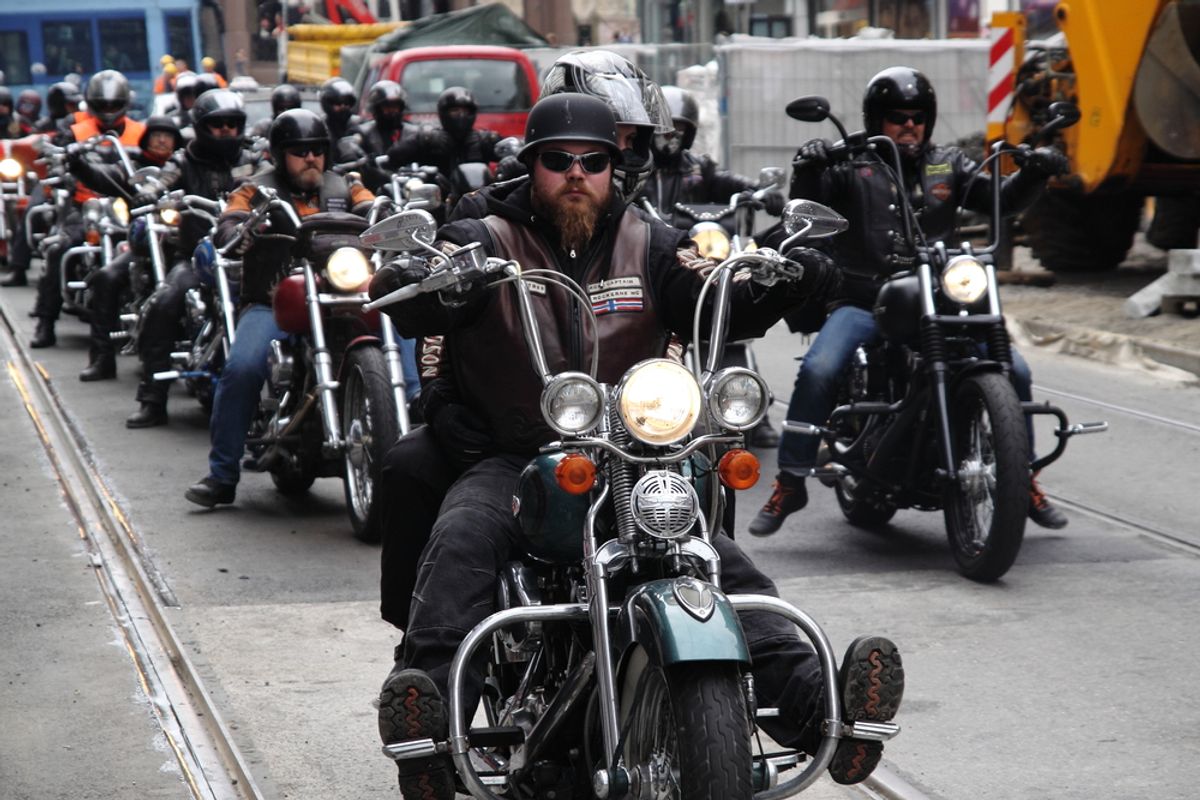 In the parking lot of a Twin Peaks restaurant in Waco, Tx. this Sunday, nine were killed, 18 injured and at least 170 arrested in a shootout between the Bandidos and the Cossacks -- two rival biker gangs believed to be fighting for control of Texas.

OMGs, or outlaw motorcycle gangs, are organizations that take advantage of their motorcycle clubs in order to conduct criminal activities. According to the FBI, "OMGs are highly structured criminal organizations whose members engage in criminal activities such as violent crime, weapons trafficking, and drug trafficking." The most notable gangs include the Hells Angels, Mongols, Outlaws, Sons of Silence and the Bandidos.

OMGs first formed after World War II, as subcultures that promoted nonconformity and the outlaw life.

"Thrill-seeking attracted some returning veterans to choose a saloon society lifestyle centered around motorcycles," wrote James Quinn, a professor at the University of North Texas. "Positive views of military experiences, and the intense camaraderie they bred, also made such a lifestyle attractive."

In fact, bikers and law enforcement are still intertwined -- one of the bikers busted in the Waco shooting is a retired detective.

They adopted the term "one percenters" to describe themselves after a 1960s speech from the then president of the American Motorcycle Association argued that 99 percent of motorcyclists lived according to the law. The one percenters, obviously, do not.

Today, OMGs are actually a fairly small portion of the U.S. gang population, with only 2.5 percent of gang members belonging to an OMG, however the FBI considers them a disproportionately large threat. In the 2013 National Gang Report, the FBI found that 11 percent of respondents report that OMGs are the most violent gang type in their areas.

"The slight percentage increase indicates that OMGs are more problematic than their modest numbers suggest," the report reads. "This is likely due to their solid organizational structure, criminal sophistication, and their tendency to employ violence to protect their interests."

According to an article in the Western Journal of Emergency Medicine, OMGs are notoriously misogynistic. "Women are not allowed to be members of the club," the report reads, "but they may wear 'property' belts or vests adorned with 'property' patches to indicate their affiliation with a specific club."

Steve Cook, executive director of the Midwest Outlaw Motorcycle Gang Investigators Association, hopes that the shootout will draw more attention to the problem of OMGs.

"Maybe it'll be time for law enforcement and the public to take the blinders off and recognize these groups for what they are: criminals."