The "secret" to female ejaculation: How all women can experience it

Explosive orgasms are understood to be a uniquely male phenomenon. That doesn't have to be the case 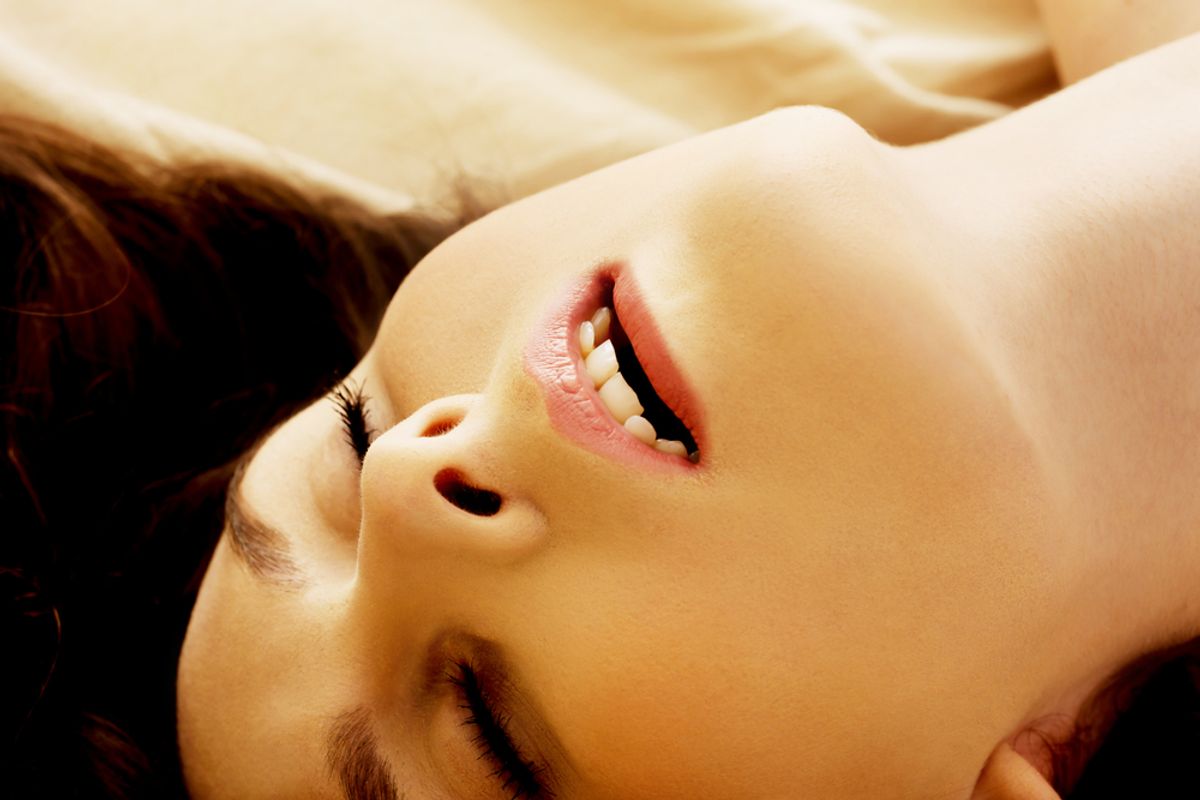 The way women experience sexual pleasure is hard to deconstruct. Our genitalia are located on the insides of our bodies and we don’t regularly experience the same physical proof of orgasm that men do. It’s precisely what makes faking it so easy.

Men, on the other hand, aren’t (typically) afforded that same ability. For guys, climax is usually linked to ejaculation. And these explosive orgasms are often understood to be unique to the male sexual experience. But maybe it’s time to revisit that conversation. Maybe men and women aren’t as different as we thought. Because as international sex educator Deborah Sundahl told me, “Men don’t own ejaculation, it’s just been taken from women.”

Sundahl specializes in teaching women and couples about the G-spot and female ejaculation.

Despite claims that the G-spot doesn’t exist, the region, named for Ernst Gräfenberg, has been recognized as a “functioning female organ,” and is known within wider academic circles as “the female prostate." So yes, the G-spot is real. For any and all woman who have experienced a G-spot orgasm, it’s very real. And for the women who haven’t experienced this kind of orgasm, it’s there. They just haven’t located it yet. But what many of us may not have realized is that with this level of orgasm comes a more obvious manifestation of pleasure: ejaculation.

As I mentioned before, Sundahl insists that every woman is capable of experiencing ejaculation. Better yet, every woman is able to learn how to ejaculate; there are just a few steps we need to experiment with first.

Sundahl told me, “To learn how to ejaculate is to learn, number one, where your prostate is located in your body. Number two, to build awareness of its sensitivity, which will lead to number three: awareness of the ejaculate fluid building in your body.”

She threw in numbers four and five, saying we must also to learn to “build the ejaculate." The last part, and perhaps the most difficult, is gaining the confidence to release it.

Even Aristotle made mention of female ejaculation. In the Tantric religion, female ejaculate is referred to as amrita, which translates to “the nectar of the Gods.” Galen of Pergamon once wrote that female ejaculate “manifestly flows from women as they experience the greatest pleasure in coitus.”

The G-spot, or the female prostate, can be found through the roof of the vagina. The ejaculate, however, is expelled from the urethra. For this reason, many people mistakenly believe that the fluid they feel compelled to release during sex is urine. That is so unfortunate in so many different ways. For one, nothing takes the sexy out of sex quite like being accused of peeing on someone. Bodily fluids have a tendency to gross people out, and urine seems to be a top offender.

Sundahl told me, “I ask women in my lecture to raise their hands—and I’ve done this for years so I have big anecdotal evidence—how many women stop in the middle of making love to go to the bathroom. And 30% will raise their hand. And then I ask how many of you wait until you’re done making love, meaning, they have to pee during lovemaking, and they have to wait to go, and another 30% raise their hands. That’s 60% of women holding back their ejaculate not knowing it's ejaculate, thinking it's pee…They hold back, clench their pelvic floor muscles. Some women don’t even want to have sex because it feels funny… they think something is wrong with them when they have sex. This is a big, big, big problem, this is a big issue, and the correct information must get out there.”

Susan Block, founder and director of the Dr. Susan Block Institute, tells me, “We woman, we’re told early on that we should be clean, we have to be careful… I think this is a big reason that a lot of women just don’t want to ejaculate. It’s just not something we feel is attractive —some of us. But I think that’s changing and women are becoming more accepting of our bodily fluids and more understanding of what ‘clean’ means. You can be perfectly clean and ejaculate.”

She added, “Part of my mission with female ejaculation education is to help these women feel normal. Because they are. And it’s a normal reaction. And it’s a sexual reaction – they aren’t incontinent.”

“I’m not against golden showers, but this is a different thing.”

That being said, there’s no easy way of convincing anyone of anything they don’t want to believe. Those who want to think the fluid that (some) women expel during sex is plain urine will likely continue believing just that. But those individuals probably haven’t spent much time around the stuff.

As Sundahl writes in her book, Female Ejaculation and the G-Spot, “Men and women’s ejaculates are similar in chemical makeup, though of course women’s ejaculate does not contain semen. Female ejaculate is predominately prostatic fluid mixed with glucose and trace amounts of urine.”

Block tells me, “It smells different, it tastes different (and yes, I have tasted it), and it smells nothing like urine… it sort of [has] no smell… and it’s very clear.” She added that the most notable difference between female ejaculate and urine is that the former won’t stain your sheets.

There’s a statistic that reads, “70% of all women need clitoral stimulation to achieve orgasm.” In fact, it’s a stat I’ve used many times before. But as I delved further into the world of female ejaculation I realized the sentence needs some rewording. All women are armed with a G-spot. Those who gravitate toward clitoral orgasms don’t “require” this kind of stimulation to reach climax, they rely on it. And that’s perfectly fine. But it hardly means they’re incapable of achieving anything more.

The way we talk about female sexual pleasure tends to be a little black and white. When it comes to the G-spot, it’s often framed as a case of, you either have it or you don’t. That sells a lot of women short, and discourages many from embarking on further exploration. As Sundahl said, “It’s almost like seeking a religion, but you don’t know there’s a god.”

The pursuit of sexual pleasure has always been clouded by the fact that it can end in pregnancy. But it’s important to be reminded that, like men, women have sex just as much for recreation as for procreation. There’s something reassuring about knowing that. And sometimes, it just feels nice to give as good as you get.

Block has even taken to calling female ejaculate "holy water."

There’s still plenty of research to be done on female ejaculation. The term “G-spot” wasn’t even popularized until 1982, when Alice Khan Ladas, Beverly Whipple and John D. Perry released The G Spot: And Other Discoveries About Human Sexuality. Before then, there was hardly any mention about it at all. And that makes sense, too. It’s pretty hard to discuss something without the vocabulary needed to describe it. But now that we do have the necessary language, information is starting to flow in. Certain studies have even found a number of health benefits associated with female ejaculate.

Sundahl told me, “It has just burst on the scene, this knowledge about female ejaculation and the G-spot orgasm. It’s just sweeping the bedrooms of the western world. Exponentially by the month women are learning to do this. It’s really a joyful time.”

So what’s the big “secret” to female ejaculation? There is no special button, no specific skillset to inherit. In fact, a lot of women have probably already ejaculated during sex, they just didn’t realize at the time. It is possible, after all, to experience ejaculation independent of orgasm. You just have to let it flow. Allowing yourself to do that takes time. As Sundahl explained, “If you’re clamping down on this urge to ejaculate for decades, you’re not just going to let go in a day.”

All in all, good sex is worth making a mess over. Even if it means changing the sheets.