AMERICA SURVIVES with Joanna Rothkopf pt. 3: How to survive a bear attack

Americans love woods camping and bears live in the woods... Seems to me like a recipe for disaster 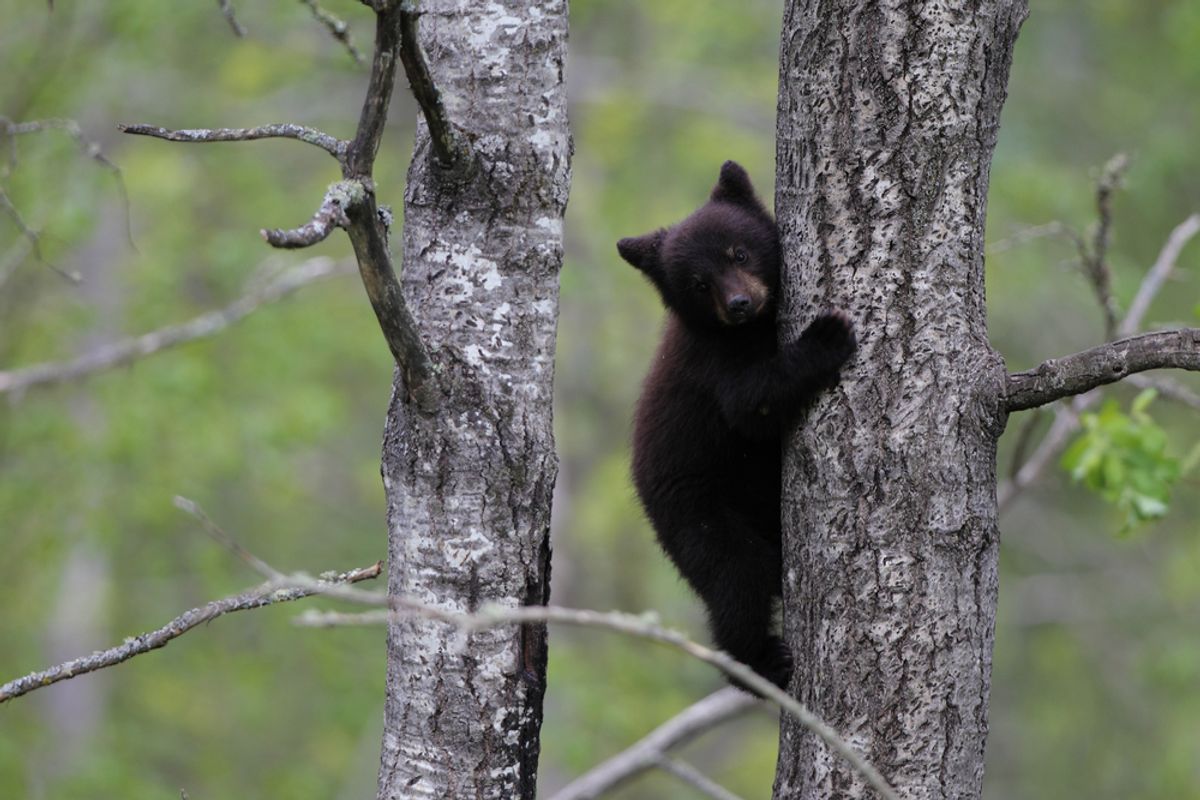 When I addressed you that way did you think you were about to hear an address from President Barack Obama? Sorry to disappoint, but it's just me, Joanna, here to help you stay the fuck alive. I love that about language, you know? How one can subvert expectations so easily and we will just fall for their tricks because we are sheep shackled to the limitations of our own brains?

Americans love nature. They love to go out of doors for a walk or pitch a tent in a forest and sleep there for the night. But of course you guys know that already because you are the Americans I'm talking about. One problem is that we share our forests with other creatures, many of whom were not taught in preschool to coexist with other species fairly and equitably.

But obviously you are not not going to camp because of the threat of a bear attack, because Americans are experts at taking what they want and killing everything that gets in their way. So here is how to partake in this odd leisure activity without getting eaten by an adorable bear:

When you are walking to your campsite, you should make a lot of noise because bears are quite blind and don't like to be startled. Bears and I are similar in that way. Once you have settled on a location and begun to pitch your tent you are going to want to keep all of your food items (hot dogs and hamburgers, probably) sealed up inside so bears don't smell them.

"Black bears can be dangerous if they have lost their fear of people," said wildlife ecologist Graham Forbes in an interview with CBC. "They associate food with people and if they've been trained as such by people not looking after their garbage, or they've learned that food and humans are similar so it's a good place to go look for food."

That is a smart thing to learn since Americans always have meat products on them. Don't believe me? Look in your pocket right now. If you didn't just pull out a crumpled strip of bacon I will pay you one million American dollars.

If a bear does happen to approach you to ask for directions or bite off your face, you want to stay calm and not run away. Americans are good at running away from things so this will feel unnatural to you. Instead, put a a jacket or hat or something else with your meaty, human scent on the ground as a decoy scent for the bear. Then slowly back away.

Okay, here is a tricky part. Some bears are good at lying.

"Black bears are fairly famous for doing bluff charges," said Forbes. "They'll run at you, stomp their feet, then go away. It's hard to know, of course, if it's going to stop or keep running."

If the bear doesn't stop running, you're going to have to physically fight back. I know it's so hard because, as Americans, we have never had to fight for anything, but if you don't want to get eaten, it's your best shot.

"Give it a kick," advises Forbes. "Start swatting the best you can. Stand up tall."

These are also good moves to use when in the face of some sort of adversity.