Terrorists! They're just like your weird uncle who sends those emails! 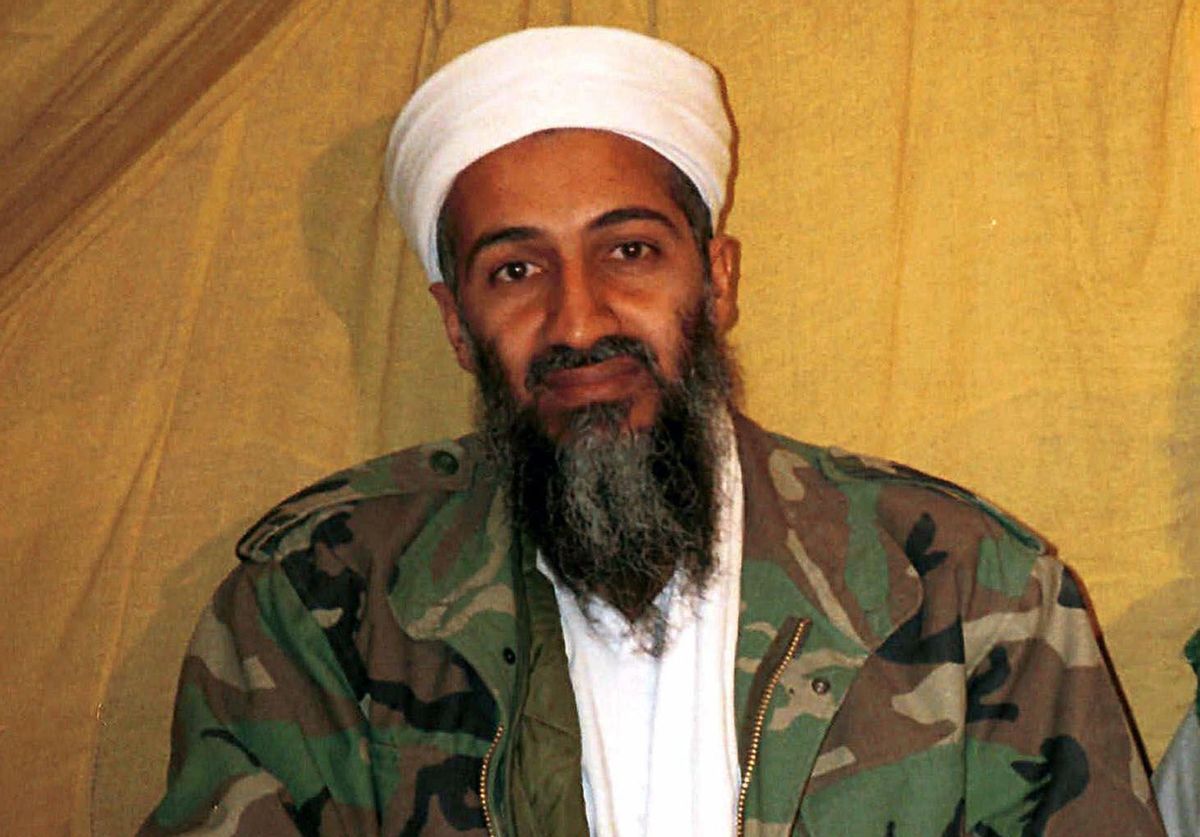 FILE - This undated file photo shows al Qaida leader Osama bin Laden in Afghanistan. U.S. intelligence officials have released more than 100 documents seized in the raid on Osama bin Ladens compound, including a loving letter to his wife and a job application for his terrorist network. The Office of the Director of National Intelligence says the papers were taken in the Navy SEALs raid that killed bin Laden in Pakistan in 2011. (AP Photo, File)
--

This week, the United States government released the list of English-language books found in Osama bin Laden's Pakistan compound after a team of Navy SEALS killed the al-Qaeda leader architect of 9/11 in 2011. It turns out, bin Laden loved conspiracy theories.

"In terms of the materials that are there, some of the things that we've found to be of note were that bin Laden was probably an avid conspiracy theorist. Of the 38 full-length English-language books he had in his possession, about half of them were conspiracy theory books," said Office of the Director of National Intelligence spokesperson Jeffrey Anchukaitis in an interview with BuzzFeed.

Most amusingly, he owned "The New Pearl Harbor: Disturbing Questions About the Bush Administration and 9/11" by conspiracy theorist David Ray Griffin, which makes him something of an ouroboros (the greek symbol of a snake eating its own tail representing that things are cyclical and that even bin Laden couldn't resist reading his own comments).

He also had books by Noam Chomsky, antiwar activist Michael Scheuer and Bob Woodward, and seems to have been planning a media blitz for the 10 year anniversary of 9/11.

The process of declassifying the documents from the bin Laden raid has been a subject of controversy in the four years since the raid. Congress and the media havepressured the administration to declassify the material, which it has been slow to do. The Intelligence Authorization Act of 2014 required that the director of national intelligence conduct a declassification review of documents from the compound and publicly release those that had been declassified.

Look through the contents of the bookshelf here.