"Would you do this to a man?”: Melissa McCarthy destroys sexist reporter who called her "hideous"

McCarthy recently had the chance to come face-to-face with the reporter. It was a run-in he'll likely never forget 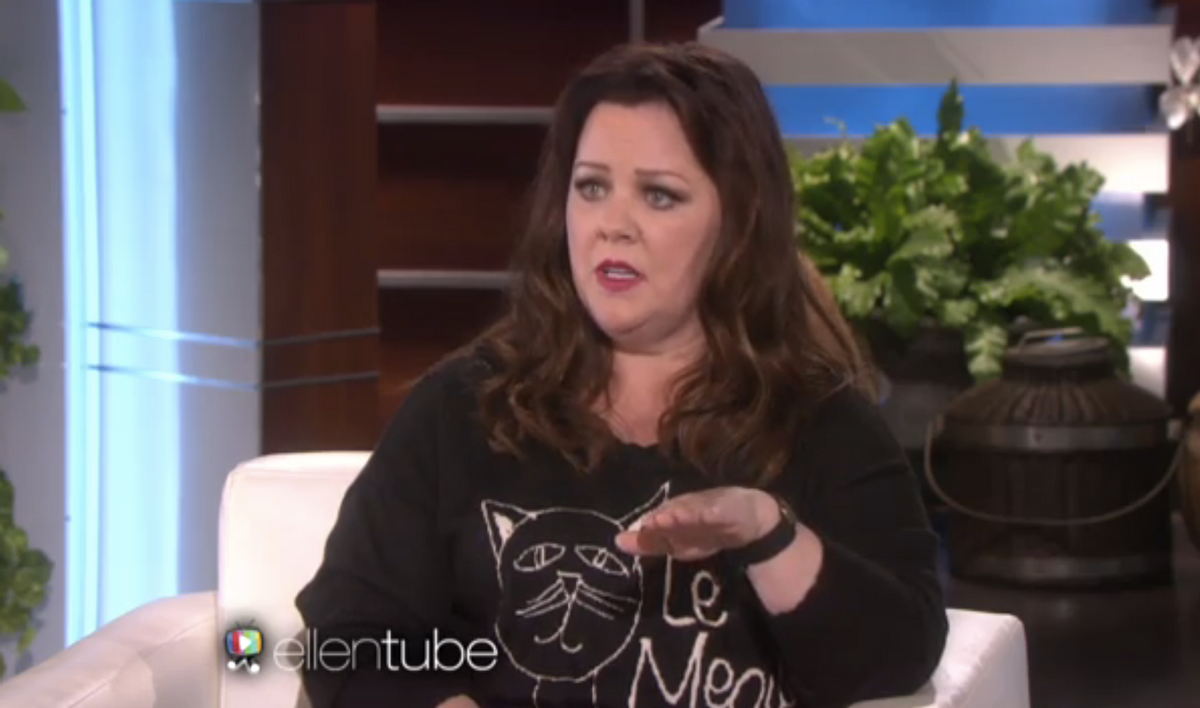 Melissa McCarthy recently had the chance to come face-to-face with a reporter who called her "hideous" in a 2014 write-up of her film "Tammy." While the Academy Award-nominated actor-comedian is certainly no stranger to grotesque criticism about her body image -- two years ago, a New York Observer film critic called her “tractor-sized” and a “female hippo” while reviewing “Identity Thief” -- this particular criticism lingered a bit longer. In part, because the reporter, from what McCarthy could gather, appeared to be a decent human; he prided himself on his parenting and his personability.

McCarthy joined the "Ellen DeGeneres Show" Thursday, telling DeGeneres that she was able to use this Toronto Film Festival run-in as a powerful teaching moment for the new father. Turning the tables on the reporter, McCarthy asked him, "Would you do that to a man?" John C. Reilly, a male actor who consistently appears on screen haggard and broken-down, would never be subjected to these same physical criticisms, she suggested.

"I put a lot of time and effort into having her completely not look like she cared about herself [in 'Tammy']," she told Ellen. "That was part of how I felt she felt on the inside. I said, 'Would you ever say that to a man?' He goes, 'Well, you really looked bad.'"

McCarthy then dug into the reporter's personal life, asking if he had children or, God-forbid, a daughter. How would you feel if your daughter came home one day saying that she didn't get a job because she was considered unattractive, the actress urged the reporter to consider. That's when McCarthy said she saw a look of recognition flash across his face.

"I said, 'Just know every time you write stuff, every young girl in this country reads that and they just get a little bit chipped away,'" she said. "I just think we tear down women in this country for all of these superficial reasons and women are so great and strong. And I really think he heard that. The writer was really loving and you could tell he was a loving father. I think that it's a bad habit that we've gotten into, and it's not that people are malicious. I just think it's so easy to take a swipe. Just go the other way; build it up."