Here's where to see Elisabeth Moss, January Jones and the rest of the gang in the near future 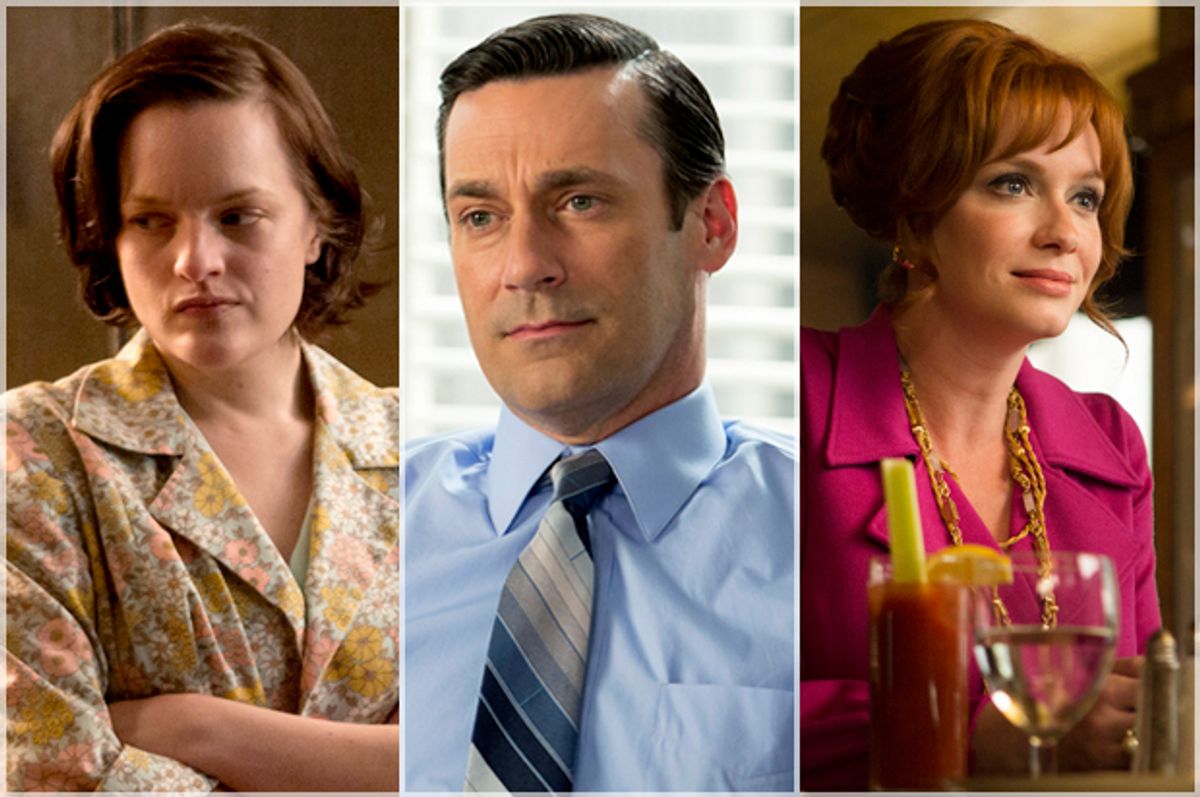 “Mad Men” may be over, but that doesn’t mean Don, Peggy, Joan and the rest of the SC&P gang will be off our screens for long. As you steel yourself for the vast Don Draper-less future, look ahead to these eight exciting projects featuring members of the cast.

1. Jon Hamm, John Slattery and Rich Sommer in "Wet Hot American Summer"
While everyone showed off their serious sides on “Mad Men,” many of the gang enjoy robust comedy careers on the side. Jon Hamm, in particular, has made a name for himself as a funny man, teaming up with his many “SNL” alum friends to appear in “30 Rock,” “Parks and Recreation,” “The Unbreakable Kimmy Schmidt,” “Bridesmaids” and more. And now that his Draper days are behind him, Hamm will reunite with the gang once again for this summer’s eagerly awaited “Wet Hot American Summer" remake, and he's bringing "Mad Men" alums John Slattery and Rich Sommer along with him. Mad Hot American Summer!

2. January Jones in "Last Man on Earth"
January Jones, much like Jon Hamm, has a surprising comedic side. This year she starred as Melissa in Chris Lord and Phil Miller's whimsical apocalypse comedy “Last Man on Earth" -- alongside rumored beau Will Forte -- and we can’t wait to see what happens with Melissa and the gang, especially after the season finale's shakeups.

3. Christina Hendricks in "Roadies"
The Emmy nominee recently signed on to Cameron Crowe and J.J. Abrams’ Showtime series “Roadies,” an hour-long comedy that tells the story of a touring rock band through the eyes of their crew. Luke Wilson will play the tour manager while Hendricks will play the band’s production manager Shelli, who, per Deadline, is "tough, but privately emotional, married to her job … and scary-good at it." Sounds like our Joanie!

4. Elisabeth Moss in “Truth”
Unsurprisingly, Moss has a full plate post-"Mad Men," but the project that intrigues us the most is “Truth,” a film about Dan Rather’s scandal at "60 Minutes," co-starring Robert Redford and Cate Blanchett. Moss plays CBS veteran Lucy Scott who comes on board to manage the controversy.

5. Rich Sommer talking about board games
The man behind Harry Crane's mutton chops has a bunch of film projects lined up, but we’re most curious about his passion project, “Cardboard!” a podcast about board games. Why? Because Rich Sommer is obsessed with board games and wants to be, according to the iTunes description, "your personal board game evangelist." Doesn't that make you appreciate Harry Crane more?

6. Jay R. Ferguson in ABC’s Dan Savage pilot
Jay R. Ferguson — aka Stan Rizzo, aka Mr. Peggy Olson — has signed on to star in a comedy pilot loosely inspired by the life of gay activist Dan Savage. The show will center on an American family who are shaken when their youngest son comes out of the closet, and Ferguson will play the dad, a "a good-natured, affable cop with the Chicago police department," presumably one with majestic facial hair.

7. Alison Brie in "Sleeping With Other People"
Trudy Campbell may have flown off into the sunset, but Alison Brie is sticking around; she's currently shooting a bunch of films, and her Sundance rom-com "Sleeping With Other People," opposite Jason Sudeikis, rolls into theaters August 21. The pair has great chemistry -- not Pete and Trudy level, but pretty good -- so we're optimistic.

8. Kiernan Shipka’s “Mad Men” spinoff
OK, this is purely speculative at this point — fantastical, even — but Kiernan Shipka says she would totally be down with Jon Hamm's suggested Sally Draper spinoff. As she told Deadline: "I think they all decided the title would be 'Sally Through the Decades!' I’m good with it. I’m not saying no.” In the meantime, you can catch Shipka alongside Emma Roberts in "February," a horror thriller about two girls stranded at boarding school after their parents forget to come pick them up. Why does Shipka always have the worst fictional parents?