"Fox and Friends" ugly Girl Scout freakout: Why the right is so afraid of "transgenderism"

Elizabeth Hasselbeck adds her voice to the hate -- hate that leads to violence, and away from compassion 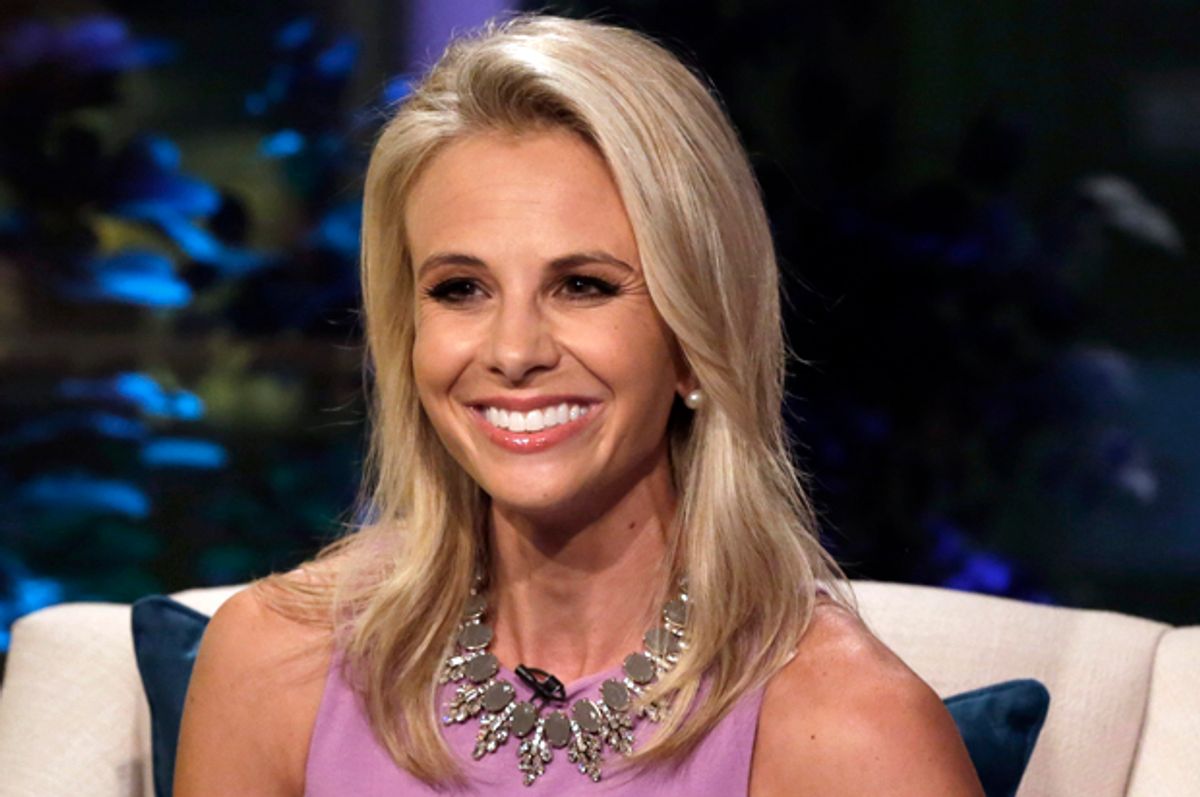 “Being a girl is about to become optional for future Girl Scouts,” proclaimed Elizabeth Hasselback on a recent "Fox and Friends." “Listen to this. The organization will now accept boys if they consider themselves to be a girl, bringing the transgender debate right into the forefront there.”

This follows the petition launched by the conservative American Family Association urging Girl Scouts of America (GSA) to change its recent policy change welcoming transgender girls. According to the petition, “This means girls in the organization will be forced to recognize and accept transgenderism as a normal lifestyle. Boys in skirts, boys in make-up and boys in tents will become part of the program. This change will put young innocent girls at risk.”

The horrifying implication that transgender girls are, by definition, dangerous predators, is one that has a clear link to the violence faced by adult transgender women. Just this month, London Chanel was confirmed as the eighth transgender woman of color to be killed in the United States this year. I’m not saying the AFA is explicitly advocating that transgender people die, but their hatred, intolerance and false information easily lend themselves to an environment where violence against transgender people, along with countless acts of discrimination, are tolerated—or not even considered. Instead of any consideration for the needs of these transgender children, they are simply written off as “boys in skirts.”

Of course, they will say that they do not hate trans people, couching it in the language of religion. According to Focal Point host Bryan Fischer, in a post on the AFA website that perfectly exhibits their twisted logic, “We flatly and unequivocally oppose the normalization of transgenderism because it destroys people. We do not oppose transgenderism because we hate people. We oppose it because we love them.”

But it’s impossible to love someone who’s transgender while simultaneously stating that hormone therapy and sex reassignment surgery are each “a vain, dangerous and enormously destructive effort to obliterate their true sexual identity,” as Fischer does. He misses the obvious: that his insistence on knowing someone else’s “true sexual identity” is in itself a sign of hatred at worst, deliberate ignorance at best. Of course if this is what the group truly believes, they will always consider transgender girls nothing more than “boys in skirts.”

The distrust of trans people goes deeper than simply calling “transgenderism” a “lifestyle,” for these activists, the very word “transgender” is an example of the liberal agenda run amok. For instance, a Facebook comment by a group called Make the Girl Scouts Clean Again yesterday, in response to a story about the petition, stated, “girls are the ones with girl DNA usually accompanied by girl parts. Disagreeing with your BOY DNA doesn’t make you a girl.” This fundamental erasure of all trans and gender variant people is the true danger, and sets teachings in place that will surely lead these children to retain bigoted, intolerant attitudes well into adulthood.

The Girl Scouts have long been a target of the far right for all sorts of alleged liberal sins: removing the word “God” from their UK pledge (though the word remains in the U.S.-based The Girl Scout Promise) to “promoting” lesbianism to supposedly supporting Planned Parenthood and even pornography. Even including a quote from Buddha in their literature is seen as suspect. If conservatives are so horrified by a world where girls are taught to respect their fellow humans, perhaps the Girl Scouts is not the right organization for their children.

A short but powerful post by Andrea Bastiani Archibald, Ph.D., Chief Girl Expert, GSUSA, has further enraged those who cannot wrap their minds around the idea that transgender children deserve respect and value. Archibald wrote, “If a girl is recognized by her family, school and community as a girl and lives culturally as a girl, Girl Scouts is an organization that can serve her in a setting that is both emotionally and physically safe. Inclusion of transgender girls is handled at a council level on a case by case basis, with the welfare and best interests of all members as a top priority.”

AFA’s petition states, “Adults are willing to experiment on our kids – both the boys who are confused and the girls who will wonder why a boy in a dress is in the bathroom with them.” Similarly, the site 100 Questions for the Girl Scouts asked, “[D]id GSUSA consider the impact this may have on Girl Scouts who may be uncomfortable being required to pretend that a boy is a girl?”

Anyone who watched Bruce Jenner’s interview with Diane Sawyer will know that, for Jenner and many others who knew their gender didn’t match the one they were assigned from an early age, that they are already confused by that disconnect. The difference is that now, many parents, like those of trans teenage activist and budding reality TV star Jazz Jennings, are willing to work with their children to ease them into living life as their stated gender without hiding, confusion or fear. Further, if those girls whose classmates are transgender have questions, rather than sweep them under the rug or lie to them that everyone fits neatly into a false gender binary system, let’s explain to them what life as a transgender child means, in language that’s age-appropriate.

Every concern conservatives have about transgender Girl Scouts is mirrored by political action happening around transgender adults. The specter of transgender people using public restrooms according to the gender they live by has launched disturbing bathroom bills in states like Florida and Nevada, where such bill were defeated last month.

Conservatives make it sound as if little boys will be flocking to call themselves girls in the interest of infiltrating the Girl Scouts. Take Penny Nance, CEO and President of Concerned Women for America, who recently said on American Family Radio, “You can just be questioning your gender or a boy who would like to be a girl,” and called the GSA decision “a slap in the face to Christian parents.”

They also imply that children aren’t allowed to ask questions about gender, when in fact, children are probably in a unique position to ask straightforward, honest questions about gender—their own or other people’s—without some of the baggage adults might bring to the topic. Lori Duron, who writes the Raising My Rainbow blog about raising her “gender creative” son C.J., explained some of the questions he had when she told him his friends, ages 9 and 8, had changed genders. Those questions included: “Am I supposed to call her by her girl name?” and “Do I have to treat her differently? Can we still be friends?” Duron answered them with honesty and compassion.

The Girl Scouts are in an important position to teach children from an early age that not everyone’s assigned gender matches their lived reality. That can be a complicated subject, especially when the idea that the world is made up solely of boys and girls, two completely separate categories, is one of the first things many of us are taught.

Conservatives fixate on transgender children and adults because they are a huge threat to their neatly ordered system of gender roles. They can only perceive of a transgender girl as a “boy” who is a potentially disruptive menace. This way of thinking will never change unless children are made aware of the variety of gender from a young age and given room to be creative in their own gender expressions. This is relevant to all children, not just those who identify (or may identify) as transgender. When boys are told they shouldn’t get pedicures because “boys don’t do that,” we are sending the message that your gender dictates what you can and can’t do in this world. “I will do my best to be honest and fair” is how the Girl Scout law starts. I would hope that’s an example all of us, children and adults, can follow.