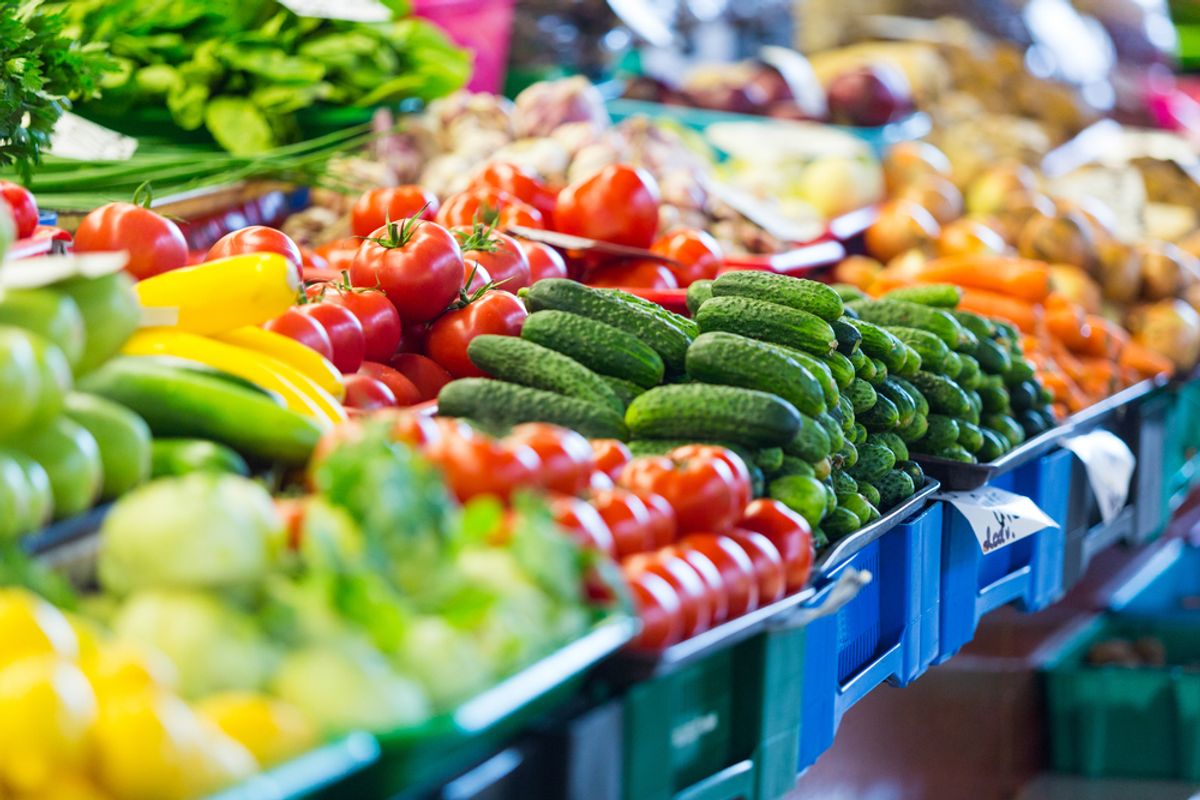 France's parliament unanimously passed a bill Thursday that takes a zero-tolerance approach to supermarket food waste. It forbids retailers from destroying unsold food -- and mandates they donate it to charity instead.

The bill takes aim at a problem of mammoth proportions: up to a third of the world's food is wasted, much of it rotting in landfills -- and contributing to climate change -- instead of going to people who need it. And, in Western countries at least, a lot of that waste takes place at the grocery store. Piles of spotless (on the outside) apples, perishables governed by (completely arbitrary) sell-by dates and the need to cultivate a sense of limitless abundance combine to make supermarkets wasteful: in the U.S., where 40 percent of food goes uneaten, it's estimated that they lose $15 billion annually just in unsold fruits and vegetables.

Under the new law, major supermarkets will no longer be able to engage in the apparently common practice of destroying unsold food so that it can't be eaten. “It’s scandalous to see bleach being poured into supermarket dustbins along with edible foods,” explained Socialist deputy Guillaume Garot, a former food minister who introduced the measure. Food that's deemed unsellable, but still edible, is to be donated; larger stores will have to sign formal agreements with charities by July of next year or else face up to €75,000 ($83,000) in fines -- or possibly jail time. Food that definitely isn't safe to eat is instead to be donated to farms, for use as animal feed or compost.

French supermarkets have come out in support of food waste reduction in the past -- last year, a campaign celebrating "ugly" produce from the supermarket chain Intermarché went viral. But according to the Guardian, the organization that represents major supermarkets in France is opposed to the new bill: big stores, it's arguing, are only responsible for 5 percent of waste. The measure, nonetheless, is only one component of a nationwide campaign to halve the country's total food waste by 2025; other measures include targeting waste in school cafeterias, and potentially educating students about how to reduce waste at home.