Suey Park said that because of the backlash, "some days, I don't tweet at all" 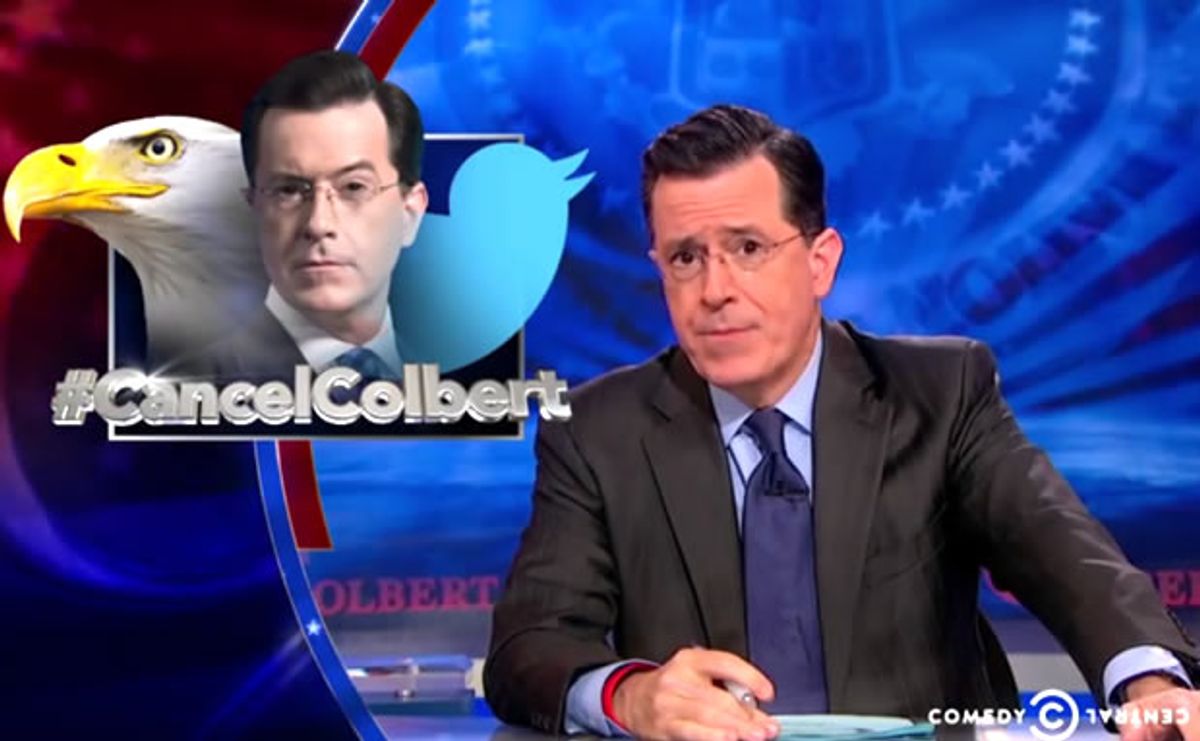 For those who don't recall, the controversy started when a Colbert Report staffer used the show's account to tweet the following:

The tweet was in reference to a segment on "The Colbert Report" in which Colbert had mocked Washington Redskins owner Dan Snyder for founding "The Washington Redskins Original American Foundation." As Colbert noted in his commentary on the scandal, the problem with the tweet sent out by the show is that it didn't include a link to that clip, which is why I he didn't begrudge Park for replying thus:

The Internet, however, was not nearly so forgiving as the former Comedy Central host. She was regularly defamed on reddit, stalked on 4chan and its sister sites, and someone even started a Change.org petition to revoke her credentials as a representative of the Asian American community. Park changed her appearance, switched to using burner phones, and even fled Chicago to stay with friends in New York City.

What did she learn from her horrifying ordeal? She told Bruenig, first and foremost, to be less confrontational on Twitter -- when she's on it at all. "I definitely tweet less now," she said. "Back then, I tweeted, retweeted things hundreds of times a day. Now, maybe fifteen, twenty. Some days, I don’t tweet at all."

She added that while faith had always played a role both in her life and her activism -- the year before the #CancelColbert fiasco, she had co-founded Killjoy Prophts, a group that seeks to meld evangelical Christianity and social justice initiatives -- it now informs both more than ever.

Park was adamant, however, that despite all the awfulness that followed in the wake of her infamous hashtag campaign, she wouldn't want it scrubbed from the Internet. "I don't want want to lose all my digital history," she said.