If the multistate military exercise isn't an invasion of Texas, then why is it happening in Texas? 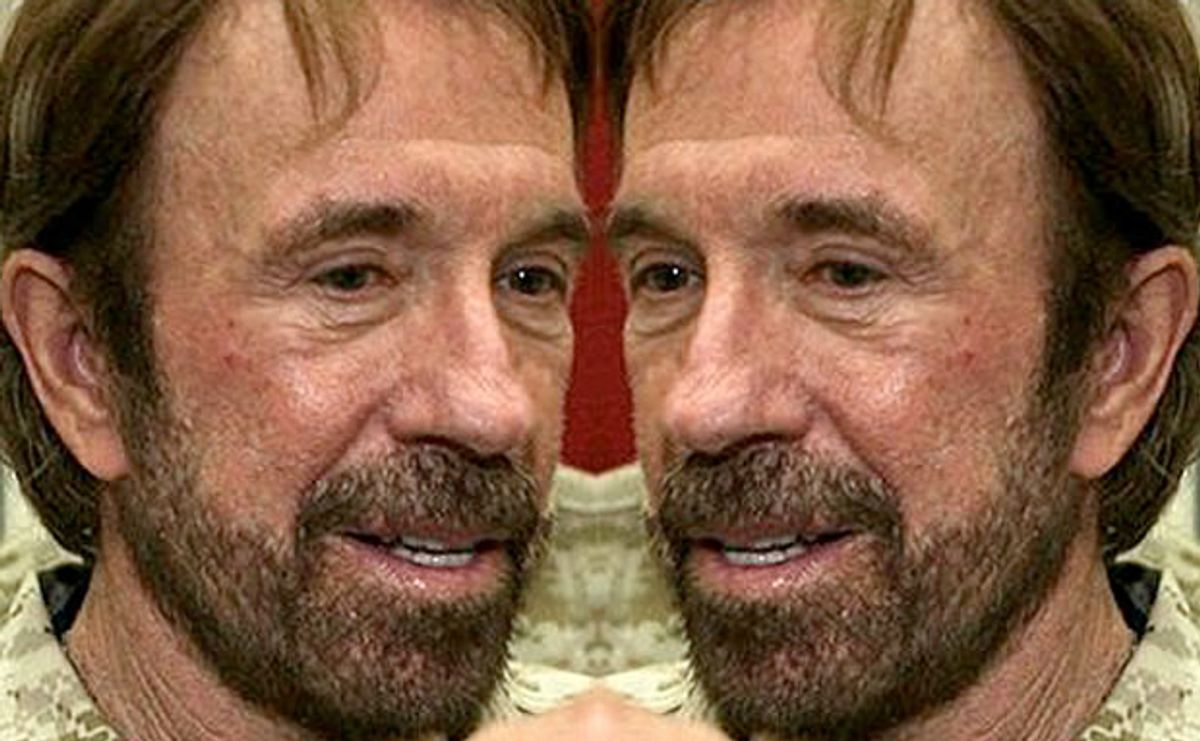 Chuck Norris has a fierce new opponent, likely his toughest ever, in his opposition to whatever game the White House is playing with Operation Jade Helm 15 -- Chuck Norris.

Earlier this month, Norris was one of many conservatives outraged at the possibility that Jade Helm 15 could maybe be part of an Obama administration plan to institute martial law in deep red Southwestern states. On Memorial Day, Norris raged, sans irony, against anyone who believes that Operation Jade Helm 15 might possibly be part of a military invasion of the United States, because that would be disrespectful to the troops.

In his column from earlier this month, Norris unwittingly invoked the Nuremberg Defense in order to differentiate between the Obama administration and active servicemen and women, writing "[c]oncerned Texans and Americans are in no way calling into question our brave and courageous men and women in uniform. They are merely following orders."

"What’s under question are those who are pulling the strings at the top of Jade Helm 15 back in Washington," he added, seemingly oblivious to the fact that the people "pulling the strings" in the Pentagon are, in fact, "men and women in uniform."

Norris also suggested that "it is more than coincidental that the FBI director just confessed in February that the presence of ISIS can be felt in all 50 states of the U.S. and that the Pentagon is suddenly running its biggest military training exercise with every branch of the military across seven Southwestern states."

Norris clarified his remarks in his latest column, claiming that the previous one "went viral and was misquoted by some in the mainstream media." According to Norris, he never argued that the Obama administration planned on invading Texas, but "I did in fact mention that Jade Helm 15 is likely more than a military exercise," and that "they also would have been very wise not to place on Jade Helm's official operation map that Texas and Utah were 'hostile states.'"

To be clear, Norris never claimed that the troops were involved, he merely compared them, favorably, to Nazi war criminals; and he never argued that Obama administration plans on invading Texas, only that the Pentagon is running something that is "more than a military exercise" and that it shouldn't do so in Texas. Perhaps another columnist should step in decide which Chuck Norris is saying what here, and how what they're saying is different. May we suggest -- Chuck Norris?