The lingering "liberal" taboo: Why Democrats need to stop hiding from the word

More Americans are calling themselves "social liberals." On economics, though, it's still an ugly picture 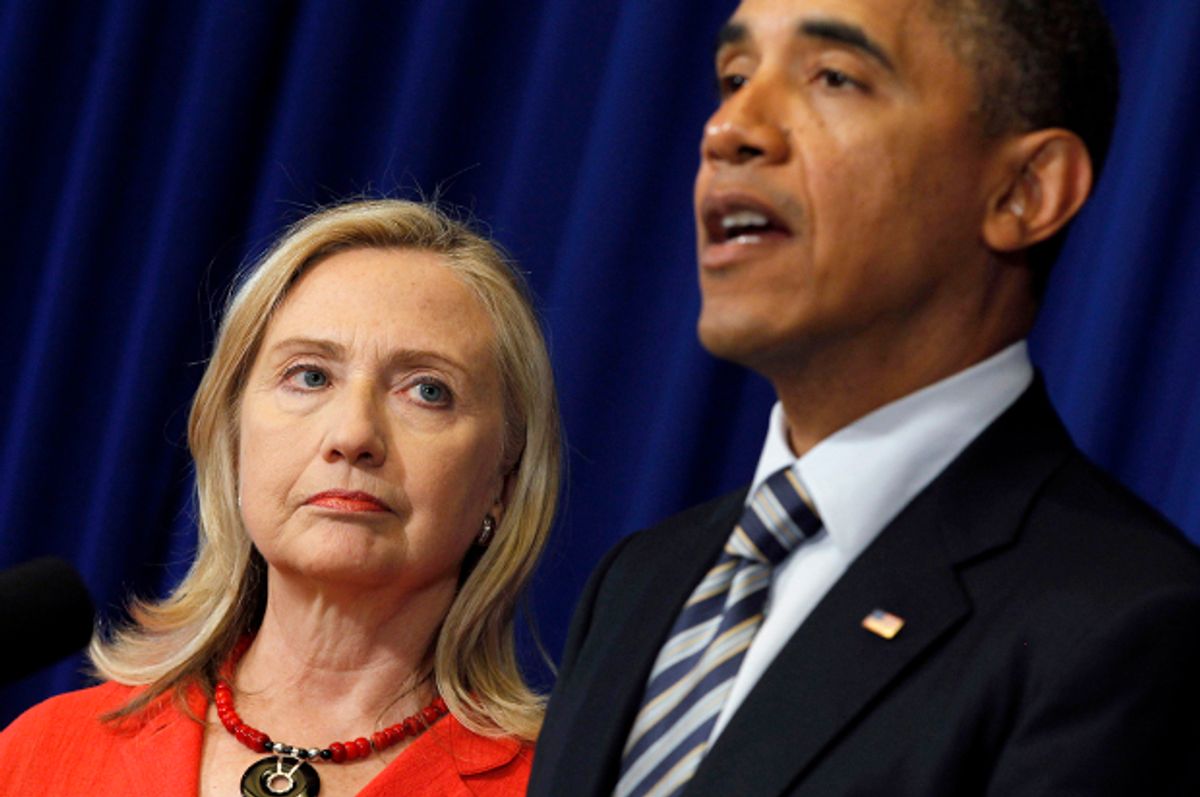 Gallup last week released a survey showing that "[31] percent of Americans describe their views on social issues as generally liberal, matching the percentage who identify as social conservatives for the first time in Gallup records dating back to 1999." We've come a long way since the late 1990s, when everyone rushed to extoll their family values and sexual morals to contrast themselves with the notorious, sex-having Bill Clinton.

The long march toward equivalency between "socially liberal" and "socially conservative" Americans appears largely to be the result of the gay rights movement. While Americans have been more or less split down the middle on abortion for some time, support for marriage equality -- which stands in as a broader acknowledgment of society accepting gay people -- has rocketed up. In 1999, 35 percent of the country supported legal recognition of same-sex marriage. Now it's at a record high of 60 percent. Gallup also ascribes some of the uptick in social liberalism to growing support for marijuana legalization, which for whatever reason is popularly considered a "social issue."

This is a positive development, and yet it seems sort of ... late, doesn't it? The conventional wisdom about national trends toward social liberalism, and how the GOP's reliance on social conservatives dooms its ability to expand, has been around for a number of years. And yet only in 2015 does the term "socially liberal" meet "socially conservative" in overall support.

There's still a reluctance by people who generally support "liberal" or left-of-center views to actually use the dreaded L-word. Those Reagan-era taboos, in which the term "liberal" was wielded to connote endless streams of welfare and decaying inner cities and general irresponsibility, haven't fully been erased. All Republicans absolutely love to call themselves conservative. It is their favorite word. It has a sort of hard, let's-get-real ring to it. But you will very rarely hear a prominent mainstream Democrat describe him- or herself forthrightly as a proud "liberal." The project to resuscitate the word "liberal" from its thrashing in the '80s was more or less abandoned in the last 10-15 years, with erstwhile "liberals" instead trying to breathe life into the word "progressive." Democrats may have abandoned the word as a self-description, but Republicans certainly didn't stop using it as a weapon.

This bears out in Gallup polling on economic issues. By a 39 to 19 percent margin, more Americans recognize themselves as "conservative" than "liberal" on economic issues. This wide disparity has been intact consistently since 1999. Among Democrats, too, only 33 percent will recognize their positions as "liberal," compared to 45 percent who prefer "moderate." Republicans, meanwhile, just can't wait to let everyone know how conservative they are. Sixty-four percent of Republicans label themselves economic "conservatives," compared to only 27 percent who go with "moderate." You can understand the ring to it on a personal level. Describing yourself as "economically conservative" makes the pollster think that you're an upstanding financial manager who dutifully balances your checkbook every month.

Liberal doesn't need to be a naughty word when it comes to economic issues. Americans lopsidedly support quintessential "economically liberal" positions like protecting Social Security and Medicare, raising taxes on the wealthy, and maintaining discretionary spending programs for education, medical research, infrastructure, etc. People may conceive of these as "moderate" positions, and they may have once been. But now they are positions that are under withering assault from "economic conservatives."

You would never, ever catch President Obama -- at least before he was a lame duck -- going out there and describing the aforementioned positions as "liberal" ones, or himself as a "liberal." He would describe his economics as "common sense," "middle class," or some other milquetoast phrase. He would go to great lengths, in fact, when accused -- gasp! -- of being a "liberal." As long as Democratic standard-bearers refuse to describe these economically liberal positions as such, though, Republicans will continue using "liberal" as a caricature -- and an effective one.