The panic room revival, heated bidets and the horrors of living on $500K per year: New York Times, who are you writing for?

"The world is a very scary place right now, especially for people of means; they feel cornered and threatened" 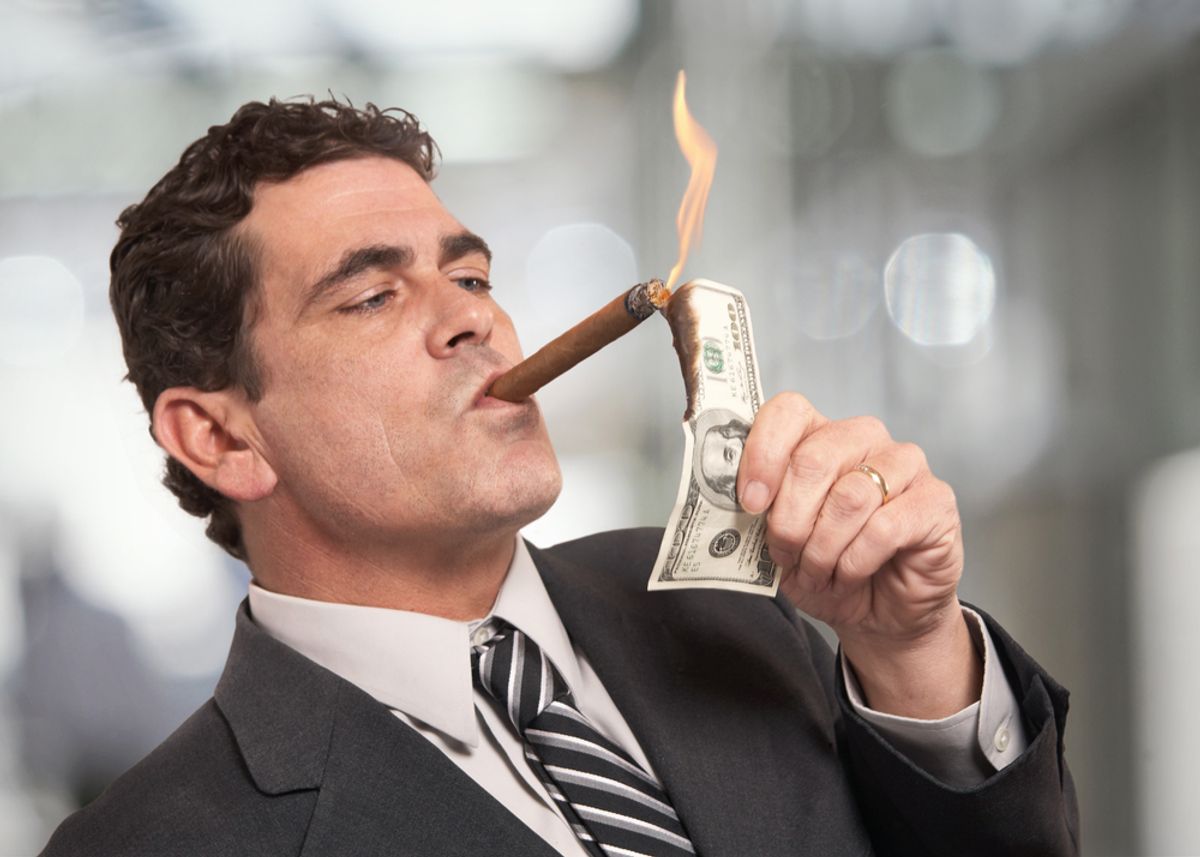 On Monday, the New York Times published an article earnestly covering a trend taking the uber-wealthy by storm: safe rooms.

"The world is a very scary place right now, especially for people of means; they feel cornered and threatened," said Tom Gaffney, president of Gaffco Ballistics in the least self-aware interview, possibly of all time. "When you have so much to lose, and you can afford to, you put a premium on your safety."

The New York Times trend piece is a masterclass in media elitism, drawing attention to hideously excessive behaviors practiced by the super-rich, generally without even so much as a coda questioning why such excess is possible.

That said, here are a few of the worst Times trend pieces:

"It may sound as if I'm exaggerating when I say that a high-tech, heated, warm-water-spraying bidet toilet seat ruined me for regular toilets, the ones with seats that are as cold as ice, the ones that don't spray and buff your nethers with a soothing shower of cleansing H20, and I shake my head. I look at your dry-wiping ways, and I wonder how your mom raised you."

"Salons are seeing some men part with $200 and two hours of their time for an intense double process (bleach, then dye). Call it the high (or low) point of facial-hair grooming... Often, the beard was paired with unlikely bedfellows: skinny selvage jeans, designer plaid flannel button-downs, heritage hiking boots and carabiners worn not for clipping into mountainsides, but for L train decoration."

"In New York, teens and preteens are becoming savvy connoisseurs of real estate... Their knowledge can be quite granular. 'We had one teenager who knew the specifics of our floor plans. He knew that the C line apartments are 2,296 square feet and that the L units are 2,277,' said Justin D’Adamo, the managing director of Corcoran Sunshine, the marketing and sales team for River & Warren, a condominium development in Battery Park City. 'He told his mother that the C line would be better because of his baby grand piano.'"

"Weeks before signing a lease on an apartment on the Upper West Side, Mr. Lippitt, 36, purchased the phone numbers from a broker who buys and sells them. Normally, phone numbers are assigned without cost, but for several years 212 numbers have been selling for anywhere from $75 to more than $1,000."

"Jackson Schad gave up on jeans in kindergarten. 'They're really tight, and I just don't like how they fit on me,' said Jackson, who is 7 1/2 and now in second grade."

"The online leaders of new media are not flocking to power canteens like Michael’s or the Four Seasons. The get-togethers and deals that otherwise would have been made between noon and 2 p.m. are now made elsewhere, at all hours: conference rooms; over coffee, cocktails or breakfast; on Skype, Gchat or email. The status conferred upon those who get the best seat in the house is not necessary or even valuable to this crew, which measures its clout in retweets and followers, not table position."

"I admit that I’ve found myself among the hordes on plenty of occasions. A particularly memorable fondue brunch in Chelsea that began at noon and broke up in a dive bar 15 hours later comes to mind. And there was the hedonistic all-day affair in Dubai, where I topped off courses of Japanese, Chinese and Lebanese food with a full English roast beef dinner, all consumed while hovering above the desert in an air-conditioned five-star hotel restaurant and guzzling a jeroboam of Veuve Clicquot. Nor am I immune to doing a little brunch legwork — I’ve been known to travel great distances for well-prepared grits. But now that I have a young daughter, brunch is completely impractical."

“As hard as it is to believe, bankers who are living on the Upper East Side making $2 or $3 million a year have set up a life for themselves in which they are also at zero at the end of the year with credit cards and mortgage bills that are inescapable,” said Holly Peterson, the author of an Upper East Side novel of manners, “The Manny,” and the daughter of Peter G. Peterson, a founder of the equity firm the Blackstone Group. “Five hundred thousand dollars means taking their kids out of private school and selling their home in a fire sale.”

For the record, I make just under $35,000 and manage not only to live in the NYT-acclaimed borough of Brooklyn, but somehow, also to have survived thus far without building my own dream home (I rent one that already existed), without a monocle (I wear contact lenses), with a pen (I use it to write things down on a notepad I bought at a Duane Reade), and, somehow, without a 212 area code (another fucking 212 article, NYT, are you serious?).

Next weekend, NYT, how about publishing some trend pieces that actually relate to me, like "Amid Stress of City Life, Going Home to Parents' Acts As Wash-And-Fold Service," or "Whilst In Your Twenties, One Sausage Makes A Dinner."