Amy Schumer rips into Bill Cosby scandal: "We deserve to watch like no one's raping!"

If there's one comedian we can trust to conceive sharp humor out of unsettling themes, it's Amy 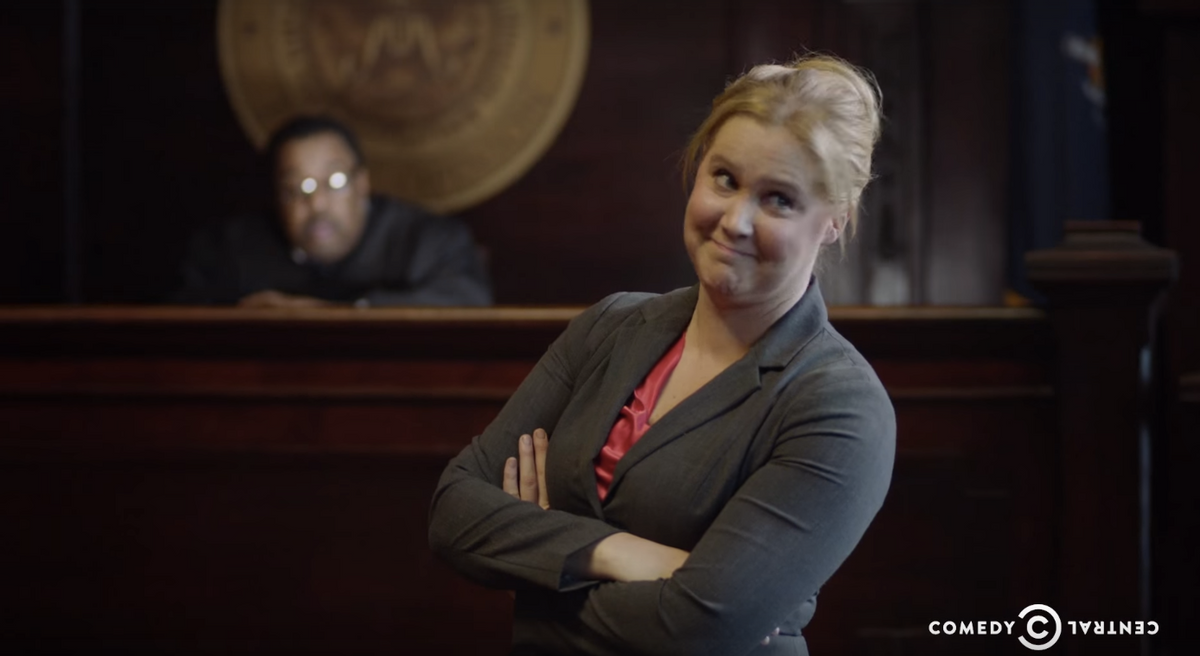 Amy Schumer continues to chip away at the patriarchy, one "Inside Amy Schumer" at a time. This week, Schumer takes aim at Bill Cosby in a brutal but methodically precise sketch about the legendary comic's rape accusations spanning the last 40 years. It's a topic that doesn't seem particularly ripe for comedy -- but if there's one comedian with a proven track record for conceiving sharp humor out of unsettling themes , it's Amy.

In the sketch, Schumer plays Cosby's cringe-inducing lawyer in a fictional trial. She touches upon all the shoddy defenses of Cosby we've feared and/or read from that terrible friend we all have from high school's Facebook status.

Reminding us of the "high stakes" the legal system is working with, Schumer explains to a room of jury members -- wearing Cosby sweaters and gulping down pudding pops she's bribed them with -- that reruns of "The Cosby Show" will forever be ruined if we convict the "beloved" comic of rape.

"You may wince a little. Might feel a little pang,” Schumer says to the jury members. “And none of us deserve that. We don’t deserve to feel that pang. We deserve to dance like no one’s watching, and watch like no one’s raping.”

There were apparently many writer's room debates in the lead-up to this sketch's premier. Earlier this year, Schumer said in a panel discussion that it was the most talked about scene from the entire season.