The other "Girls": Gritty indie "Heaven Knows What" shows the flip side of Lena Dunham's New York 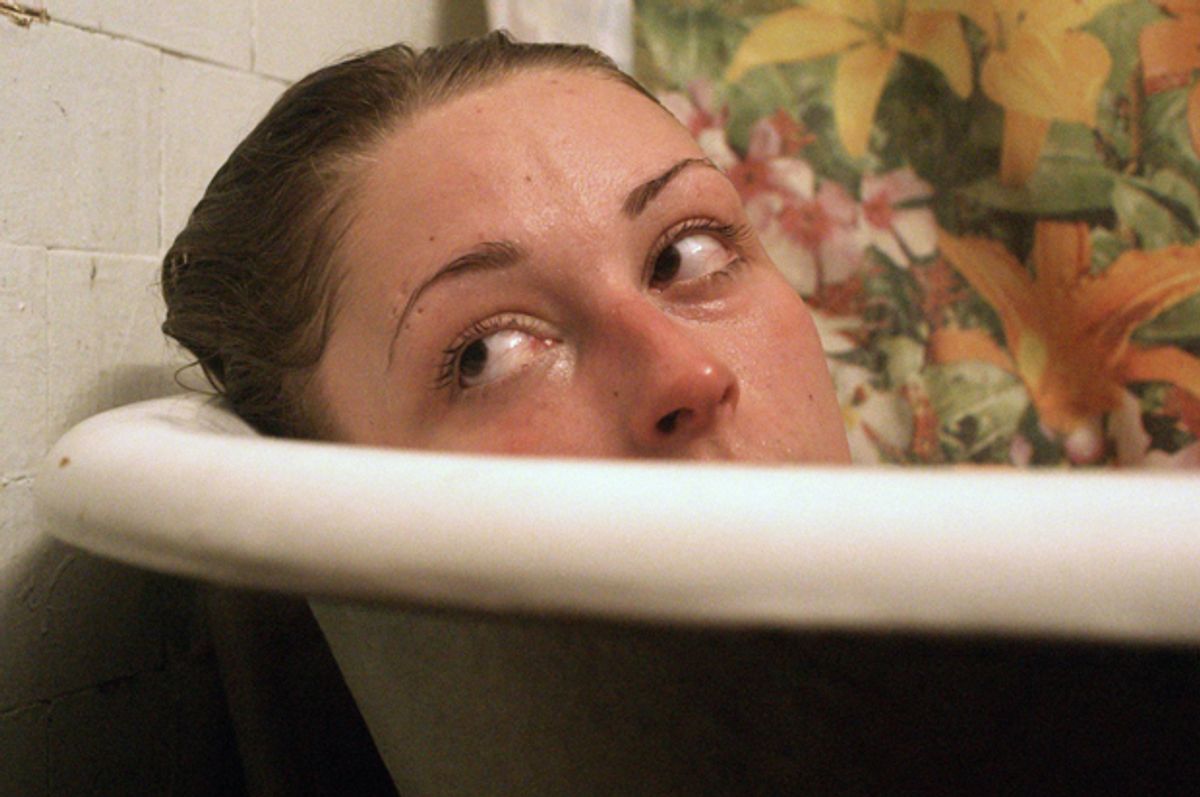 I have long since stopped bothering to write mixed or negative reviews of small independent films. Seriously, what’s the point? I write for a general-interest publication, not a film journal. Salon’s readers are highly literate and culturally alert, but they aren’t hardcore film buffs (broadly speaking) and like most people in our overloaded age they have limited time and ability to focus on stuff they’ve never heard of. If I’m going to rave about something I think is totally amazing and likely to be overlooked, like Mexican director Alonso Ruizpalacios’ “Güeros” (one of the best films of the year) or the Zellner brothers’ “Kumiko the Treasure Hunter,” then it’s worth the effort even if not many people read the review. (Which, believe me, is generally the case.)

But what possible end is served by writing some nuanced, lukewarm, this-but-that reflection about an obscure, low-budget film most people will never even hear about, let alone see? It won’t be widely read, it won’t generate much discussion and it definitely won’t drive box-office dollars. Maybe it helps the filmmakers to feel that they’ve been taken seriously and that someone has tried to grapple with their work; maybe it helps them get VOD and DVD distribution and make another film somewhere down the line. Maybe a handful of film industry people will be genuinely interested in what I have to say. Which is all terrific, but nowhere near enough.

This predicament is not mine alone, to be sure. To the widespread dismay of the indie-film and documentary world, the New York Times recently abandoned its long-standing policy of reviewing every film that opens commercially in a New York theater. (In busy weeks, that can be 15 to 20 films, and sometimes more – several of which have booked a Manhattan opening specifically to get that Times review.) There’s a lot going on here, including the cultural devolution of cinema and the fact that cable dramas have become the central entertainment experience in adult cultural life, as well as the central element in most media discourse about culture. Every so often a film from the indie fringe breaks into that conversation, “Beasts of the Southern Wild”-style, but that’s far more the exception than the rule.

In considering a film like Ben and Joshua Safdie’s “Heaven Knows What,” a torturous junkie odyssey shot with tremendous craft and integrity on the streets of New York, it’s difficult to avoid the corollary conclusion that some indie cinema has ghettoized itself. I know how that sounds: I’m blaming sincere and genuine artists for the fact that the world is not much interested in their work. And I’m picking on “Heaven Knows What” because it is decidedly not the kind of noncommittal drama and indifferent craftsmanship so often encountered in the indie sphere. The Safdies understand and embrace the prodigious difficulty of their project, which involves turning the nonfiction memoir of former homeless street addict Arielle Holmes into a narrative feature, one that stars Holmes herself as the main character. (It’s also far from the smallest indie on the block; it’s being released in theaters by Radius, a specialty division of the Weinstein Co.)

Shot by cinematographer Sean Price Williams with a sweaty immediacy that suggests 1970s underground cinema, “Heaven Knows What” captures a level of New York reality that most people who live in the city actively avoid thinking about, and that most media representations of New York entirely ignore. I can’t help seeing this movie as an indirect but blistering response to the worldview of Lena Dunham’s “Girls,” which is aware of its characters’ unconscious privilege but only rarely looks outside their sphere. Harley, the vulpine blond junkie played by Holmes in “Heaven Knows What,” is a young woman about the age of Hannah Horvath and her friends. Her daily concerns and issues are parallel in some ways – guys, sex, her self-image and her uncertain future – but pitched in quite a different register.

Harley wears the same shapeless dark overcoat every day when it’s cold, and has to lug it with her everywhere when it’s warm. She spends her days panhandling on the street, shoplifting energy drinks from corner markets (to resell to newsstand vendors) and bouncing between two domineering boyfriends, a shaggy drug dealer named Mike (Buddy Duress) and a brooding, beautiful longhaired Goth named Ilya (Caleb Landry Jones), who is the love of her misshapen life to this point. Since Harley’s only clear priorities in life are getting high and finding a place to crash every night, being with Mike has obvious advantages. But Jones’ magnetic performance makes us feel the disastrous allure of a guy like Ilya, who goes beyond bad-news boyfriend into tidings-of-the-apocalypse boyfriend.

There’s an honesty and ferocity to “Heaven Knows What,” a refusal to flinch from depicting the marginalized and despised underbelly of a caste-divided city. Harley and Ilya are people that Hannah Horvath and her friends studiously ignore on the F train, and cross the street to avoid in Williamsburg or the East Village. But the refusal of “Heaven Knows What” is also a refusal to modulate the tone and a refusal to engage conventional standards of plot or entertainment value. I’m glad I saw this film; considered on its own merits, in terms of what I understand as its artistic goals, it’s a wrenching and finely wrought piece of work. But it’s also 90-odd minutes of angry, unhappy and sometimes desperate people yelling at each other, with a few brief interludes of sensual escape, pretty much correlated to the heroin high.

In other words, most people I know wouldn’t want to watch this movie, and the ones who would like it are exactly the ones who have already seen it. I could only recommend it to general audiences with a whole lot of qualification -- if you really dig this kind of thing, then you might dig this kind of thing! – and if I hadn’t found a way to write about it within this meta-context, I almost certainly wouldn’t be reviewing it. I have met the Safdies and I know they are far from being posey hipster artists; their publicist is someone I like and trust who believes in their work. Nobody is getting paid much here or sipping good French wine in book-lined studies, and the usual definition of “pretentious” simply does not fit. This film is undeniably an event within the New York indie world – it’s premiering at a Gawker-hosted rooftop screening in lower Manhattan, after playing SXSW, Toronto, Venice and the New York Film Festival – but no one kids themselves that millions of dollars are about to flow.

There is a degree of self-exile at work in “Heaven Knows What,” and in the entire tradition of ultra-indie cinema it represents, that is somewhat difficult to parse. Consciously and deliberately, the Safdies have made a film with essentially no audience among middle-class, consumer-type Americans, among avid viewers of “Game of Thrones” or “Girls” or “Louie.” If that was not the point, it is unquestionably the effect. I’m not sure who’s to blame for this state of affairs, or whether it’s even a problem. (I am not suggesting it’s better to calculate a work for popular appeal and fail, as most indie films do.) Maybe independent narrative cinema can survive as poetry has survived, as a hermetic subculture with almost no mainstream visibility. Something will be lost in such a shift, and something else gained; the true cost will not be evident for years to come.

“Heaven Knows What” opens this week in New York and Los Angeles, with more cities and home video to follow.