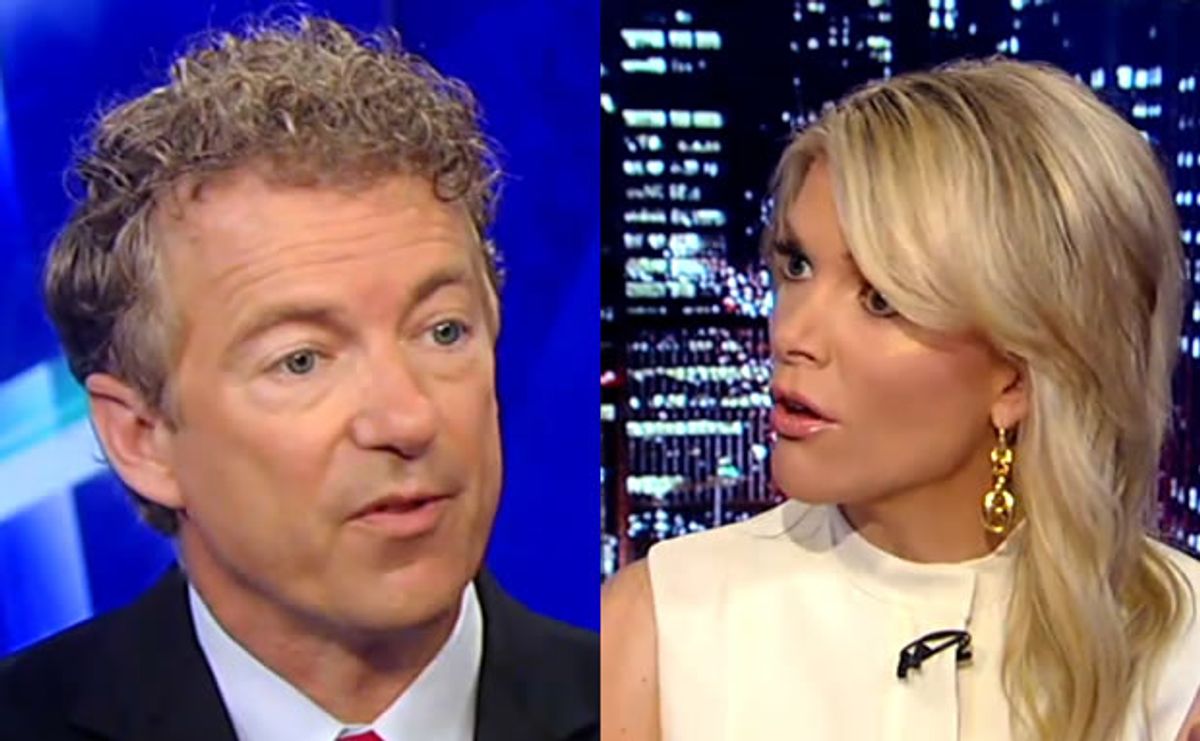 On "The Kelly File" last night, Kentucky Senator Rand Paul and Megyn Kelly argued about the potential GOP presidential nominee's criticisms of the National Security Agency (NSA) and its methods, with the Fox News host accusing him of "overstating the case" when it came to government spying.

A weary-looking Paul answered Kelly's belligerent questions by repeatedly citing studies that have shown that cellphone metadata can be used to identify an individual's religious affiliation, doctors, and even what diseases and/or conditions he or she is being treated for.

"But that's not how this program works," Kelly insisted. "That's not how it works. You get no names, no addresses, no personal identifying information. They NSA doesn't even know you exist. They just have phone numbers, and they only look further into that phone number if a terrorist calls it!"

Seeming to perk up at the word at the word "terrorist," he told Kelly that "our Founding Fathers didn't like general warrants -- ones that didn't have your name on them, based on the suggestion of suspicion, and that weren't signed by an independent judge. That's what the Fourth Amendment's about." They wouldn't have approved, he said, of a warrant with only one name on it -- Verizon -- that allowed the government to collect all the information from all of its customers.

"But they can't even access that data unless a terrorist calls it!" Kelly fired back.

The question, Rand replied, is "whether you have a Fourth Amendment protection in records that are held by other companies."

"That doesn't raise this to a constitutional issue," Kelly interjected.

Paul calmly continued that "it has never been adjudicated whether all Americans, all of their records, all of the time."

"But you can see they don't listen to content!" Kelly interrupted, almost as if she was baiting him to snap at her -- which he did not.

"This is an enormous program, all of Americans all of the time. If they could collect all of the information, they would -- they're just not very good at it."