Let's get people living paycheck to paycheck to squirm — and even fight — over a satchel of much-needed money! 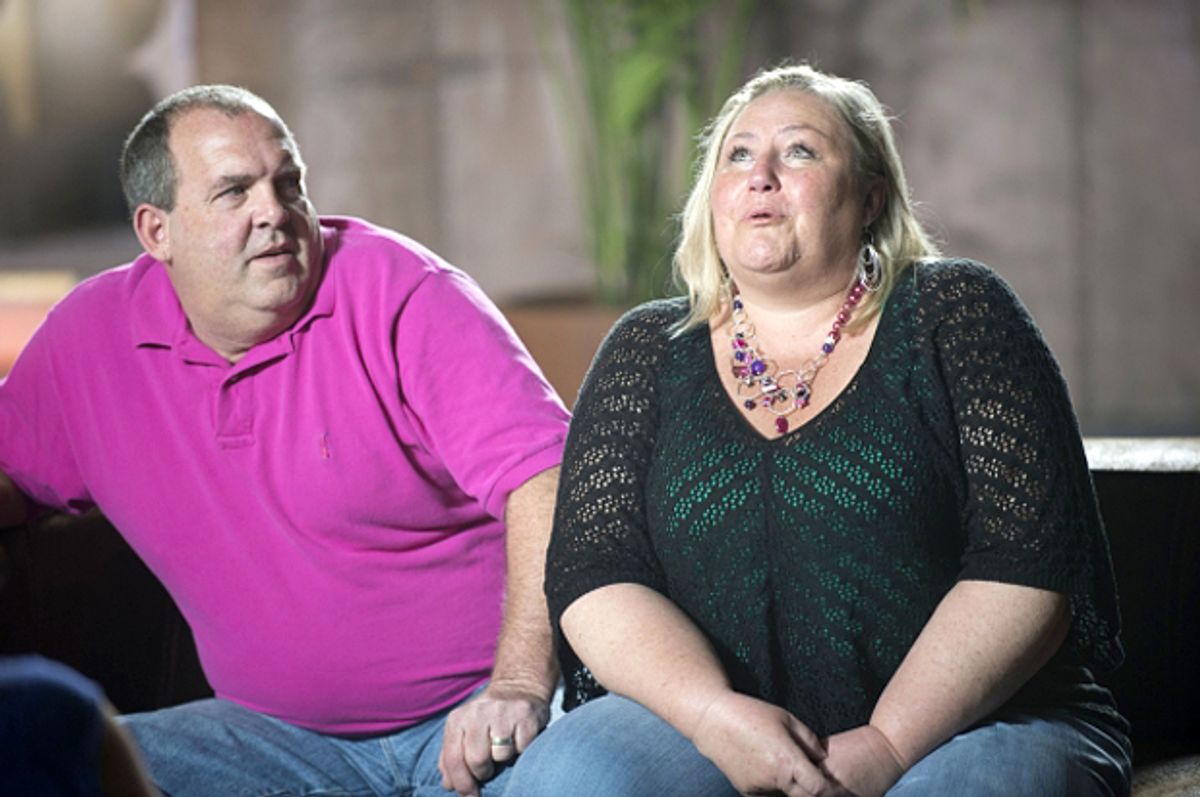 Using the poor as fodder in entertainment is a reliable trope. Shakespeare himself deployed low-status secondary characters as both comic relief and truth-tellers. And reality TV largely runs on two speeds: the backstabbing dramas of bored rich people, or the trashy antics of economically underprivileged ones. But two new game shows — one in the US and one in the UK — are proving that on television, income isn't the only thing that plumbs the depths.

On Wednesday, CBS debuted "The Briefcase," a show in which, as Reality Blurred's Andy Dehnart explains, "two poor families get $101,000 and have to decide whether to keep it or give it to a needy family, not knowing that family is making the same decision." He notes it is produced by "Biggest Loser" creator Dave Broome’s 25/7 Productions and Sony, so you know that there's some experience exploiting desperate people built in to the thing. The show's trailer ominously intones, "Across America, hard-working families are feeling the impact of rising debts and shrinking paychecks. These tough times are testing the human spirit," and features clips of contestants sobbing that "We are living paycheck to paycheck" and "I'm so sick of struggling." Families grappling with the dilemma of what to do with the money must first walk in the other family's shoes — and of course that other family might just be of a different race or political stance or sexual orientation. Well, obviously this calls for some sort of moral test of worthiness! Unsurprisingly, the show was attracting controversy months before it aired.

I actually watched the first episode of "The Briefcase," and it'd be hard to argue with the integrity of the two families featured, or the value of their choices when faced with a six figure prize. It was also pretty hard to keep my breakfast down, watching this exercise in simultaneously ennobling and judging the financially distressed. It was like watching America's twisted relationship with its own underclass, but with hokey dramatic music. In Vulture, Margaret Lyons does a ferociously great job explaining exactly why the show's "altruism pornography" is so repulsive, starting with the fact that "In the 2014 fiscal year, Les Moonves, president and CEO of CBS Corp, earned over $54 million…. There's something really perverse about Les Moonves earning money based on the emotional and financial anguish of poor people, by making a game-theory spectacle of human suffering that he could end, himself, personally, if he wanted to."Other critics have had similar takes, with Flavorwire calling the show a "a perverse, poverty-dick-measuring contest," Vox declaring that it "scrapes the bottom of the barrel so thoroughly that it breaks through the barrel, then starts scraping the bottom of the one beneath," and the AV Club calling it "an hour of watching people be psychologically tormented." Naturally, its debut was Wednesday's most watched series. We get the horrible television we deserve, America. Is it too late for someone to greenlight "Bumfights: The Series"? But it's not just us. Over on the other side of the pond, the Independent reports that "Unemployed and low-paid workers [will] compete against each other for a cash prize in a controversial Hunger Games-type show to find 'Britain’s Hardest Grafter.'" The show's producers call it "a serious social experiment for BBC Two which investigates just how hard people in the low wage economy work."

In the fifties, the television show "Queen for a Day" trotted out suffering females to recount their sob stories, and the woman the audience deemed most hard up would win the top prize — often a much-needed household appliance. For nearly a decade, "Extreme Makeover: Home Edition" successfully ran on a premise of hard luck and reward. And though it lacked the uncomfortable competition factor, as a 2011 Beaufort Gazette feature reported, when the cameras stopped rolling, many participants were suddenly faced with "extreme tax and utility bills," and found themselves facing foreclosure on their brand new dream homes. Dressing up gawking at the poor and otherwise hard up by making them jump through hoops for prizes them is nothing new. Like its predecessors, "The Briefcase" pretends to impart the lesson, uttered by one of the contestants in the final moments of the first episode, that "Money's not everything." And if you asked a guy like Les Moonves, maybe he'd say the same. Money's not everything. But in the gross race to the reality competition bottom, ratings sure are. And the real winner here, revoltingly, is CBS.