Rick Santorum: The actions of Josh Duggar and his family "sicken me" 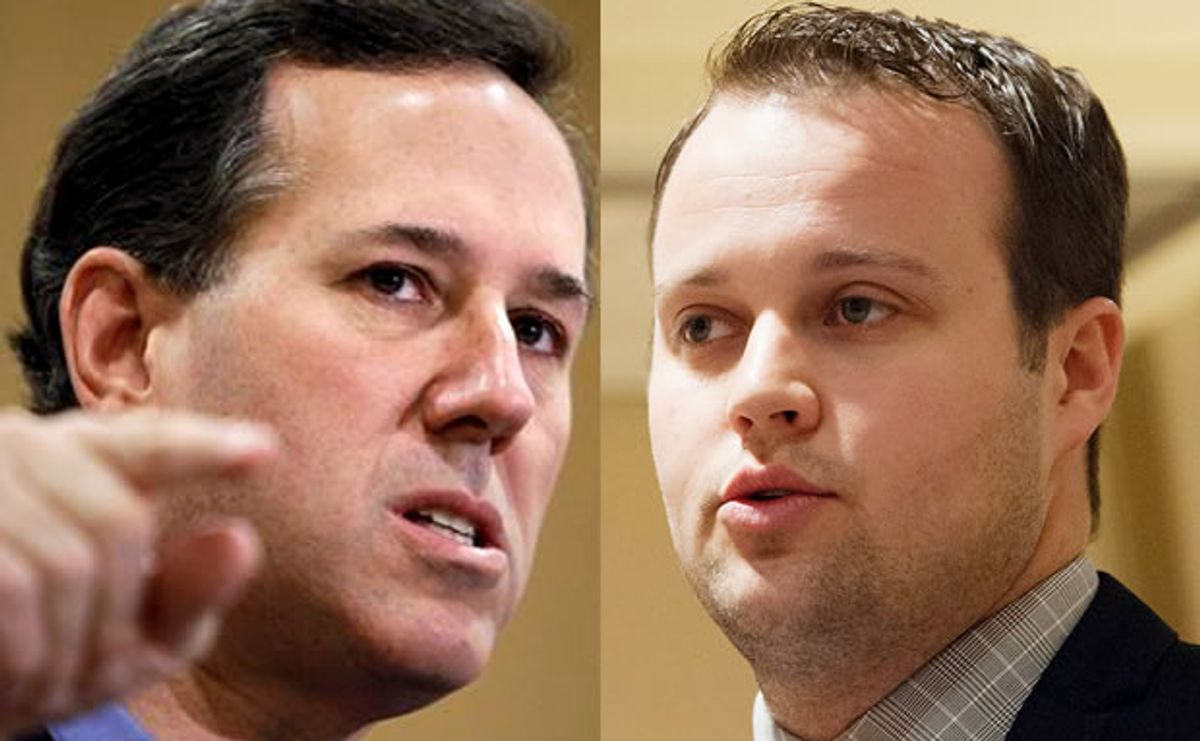 On Thursday, GOP presidential hopeful Rick Santorum captured the moral high ground from fellow Republicans like former Arkansas Governor Mike Huckabee, who followed Josh Duggar's lead and made the incident all about the perpetrator instead of the victims.

On "Good Morning America," the former Pennsylvania senator told George Stephanopoulos that "I was sickened" by the allegations that Josh molested five young girls, including two of his sisters. "I was just sickened by it."

But instead of focusing on Josh's crimes and very public repetence for them, Santorum said that "I pray for those girls in particular, to have gone through this -- that is just very hard to think about."

Santorum stands in stark contrast to Mike Huckabee's repeated plea that Josh Duggar be left alone for crimes he committed as a teen. "No purpose whatsoever is served by those who are now trying to discredit Josh or his family by sensationalizing the story. Good people make mistakes and do regrettable and even disgusting things," Huckabee wrote on Facebook.

Similar criticisms were made of Dan Savage -- Santorum's Internet foil -- and his "Duggar" hashtag campaign.

Watch the entire interview with Santorum via "Good Morning America" below.