Community Discussion: Why would anyone host the World Cup?

Megaevents are expensive, dirty and disruptive. What can be done? 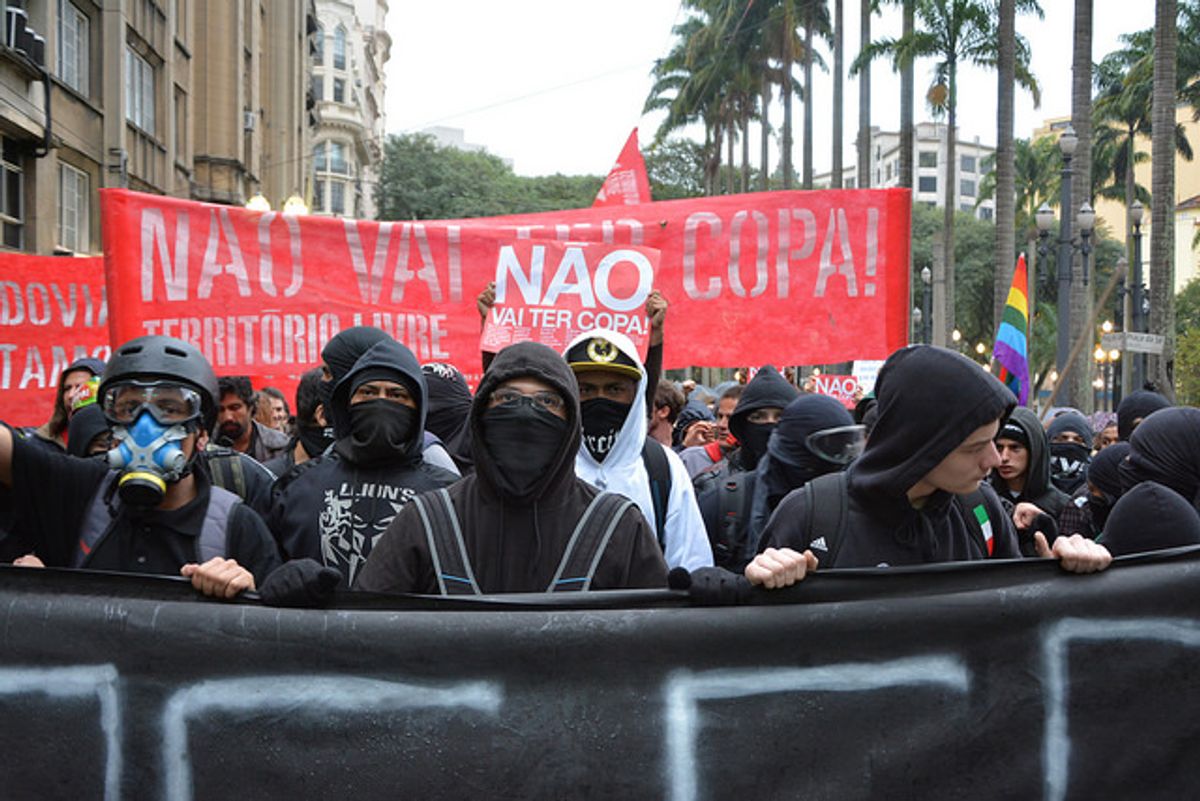 Is the United States running an elaborate conspiracy to steal the 2018 Fifa World Cup away from current host Russia? That's what Vladimir Putin claims, in response to the arrests of fourteen Fifa executive and officials on charges of racketeering, fraud, money laundering and receiving bribes. Bookies are instead placing their bets on England as an alternative 2018 host, although the U.S. is in the lead to take the 2022 Cup from Qatar.

But would we want it even if it was offered? Since hosting the Cup in 1994, America's interest in soccer has shifted from studied indifference to mild engagement and the national team just keeps getting better. But measure that against the ever-rising cost of hosting the tournament. Brazil spent an estimated $15 billion on the 2014 Cup, Russia is currently aiming to spend $11.5 billion, and Qatar might spend as much as $200 billion. The U.S. might not be able to manage anything on this scale -- certainly not without the Brazil's social injustice, Russian prison labor, and Qatar's willingness to kill thousands of migrant workers.

One event the U.S. does want is the 2024 Summer Olympic Games, although candidate city Boston is upset at revelations that it may have to pay for the privilege. The suburb of Brookline immediately held a symbolic vote to oppose the Games. Such popular discontent is becoming a problem in the bidding process; candidate cities for the 2022 Winter Olympics have dropped out one by one due to lack of support (or in Lviv's case, civil war), with only authoritarian Almaty and Beijing remaining. Street protests over costs and development in Rio de Janeiro, Madrid and Istanbul helped Tokyo win the bid for the 2020 Summer Olympics, and soon Tokyo was experiencing protests of its own. Now Tokyo's Governor is refusing to pay for a new stadium after costs, predictably, skyrocketed.

The environmental damage can also be steep. The Sochi Olympics treated the environment -- and environmentalists -- with contempt, and even relatively small events such as the Super Bowl are prodigious consumers of carbon and producers of waste. Beijing is bidding to run the Winter Olympics on artificial snow in a semiarid ecosystem, partly in a protected nature reserve.

The eerie, decaying remains of megaevents past (for variety, check out what's left of the 1992 Seville World Exposition) seem to stand as Ozymandian warnings to those who might follow in their path. But with their symbolic power undimmed, does anyone want to contemplate doing without them? What reforms could help keep costs, scale and environmental impact under control? Or should we question the very premise of events such as the World Cup or the Olympics? What could replace them? And finally -- just in case -- would you support the World Cup coming to America in 2018? Let us know in the comments!