Can you get through this article without crying? Because I certainly could not 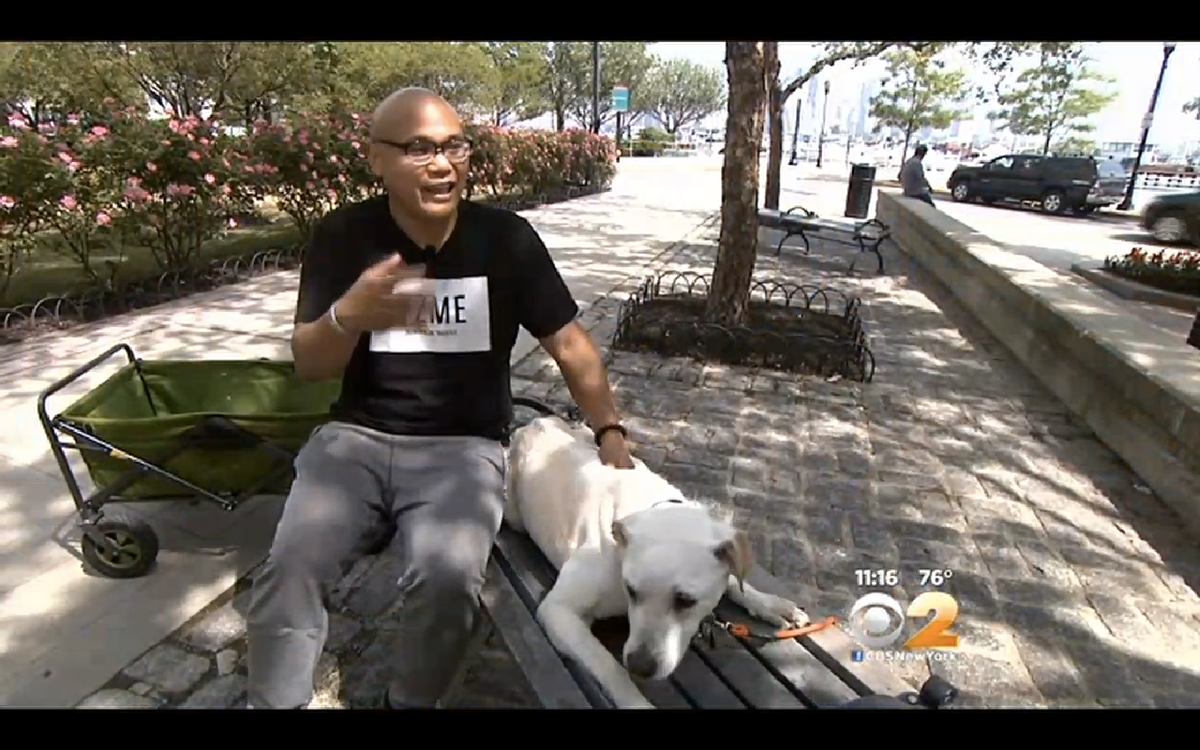 Are you excited for the weekend? Do you have fun plans? Too bad you'll have to cancel, because there is a guy taking his dying dog on a bucket list trip* and we'll never be happy again

When Neil Rodriguez found out his 15-year-old Labrador-pit bull mix Poh had renal failure as well as multiple tumors* on his liver, kidney and ankle, he decided to take a break from his normal job (he's a DJ) and bring Poh on a final trip across the country.

"It's funny -- the idea is that you get a dog* because you're supposed to take care of the dog, but the dog ends up taking care of you most of the time," Rodriguez told CBS New York. "And that's the case for me."

Together, Rodriguez and Poh have been from Washington DC to the Alamo in Texas, to the Space Needle in Seattle and the Golden Gate Bridge in San Francisco. And Rodriguez has been documenting each stage of the trip on his* Instagram account pohthedogsbigadventure, which has accumulated over 46,000 followers.

Here are some photos of their adventures***:

*In case you were confused, these asterisks correlate to when I choke-sobbed while writing this.