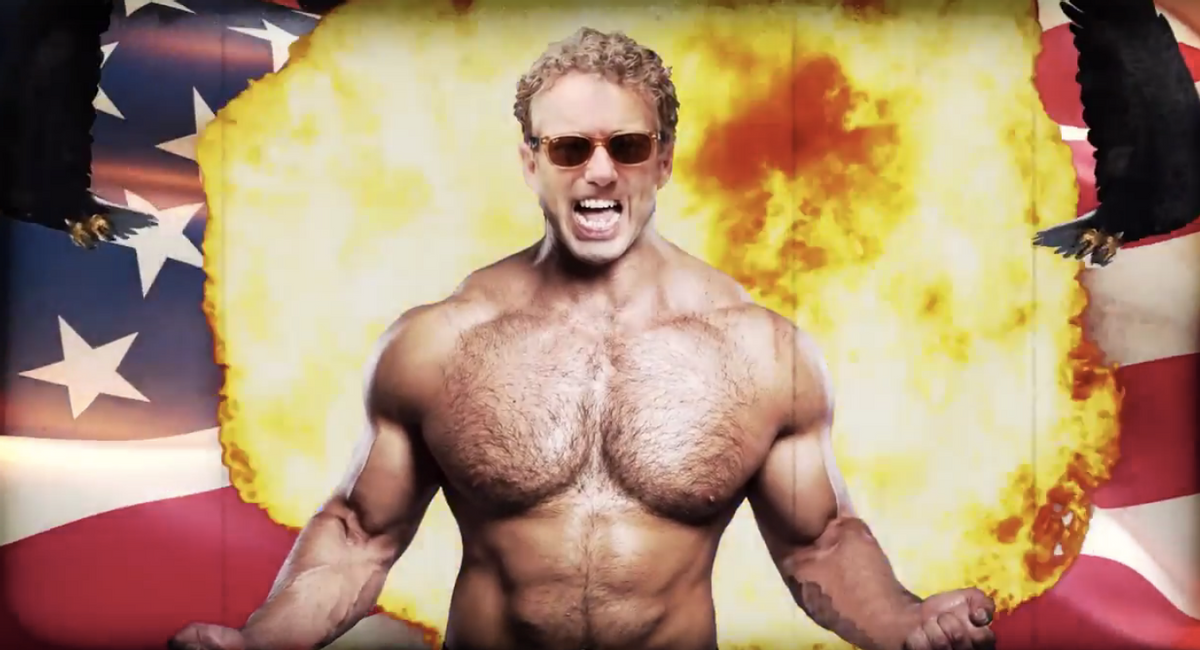 Gather 'round, people of the Internet. A super PAC supporting Sen. Rand Paul, R-KY, has just unveiled a masterful first attack ad for the primary. "Masterful," if your definition of the word includes fire-breathing bald eagles and Paul as not just the "free speech" champion we've come to know him as but, also, a champion in the weight room.

If you can't back the central message in this video, perhaps you can get behind "capitulating Canadian” Ted Cruz, R-TX, sporting a red tank top. Or little kids playing with a cozy coupe while casually being engulfed in flames. Or Lindsey Graham, R-SC, reading your emails in a 1997 magenta Geo Metro. (Also on fire for some reason.) No? None of these things did anything for you? Fortunately there are many, many more glorious examples of botched Photoshop for your viewing pleasure included in the full attack ad below: