Tracy Morgan's emotional "Today Show" interview: "The pain is always going to be there" 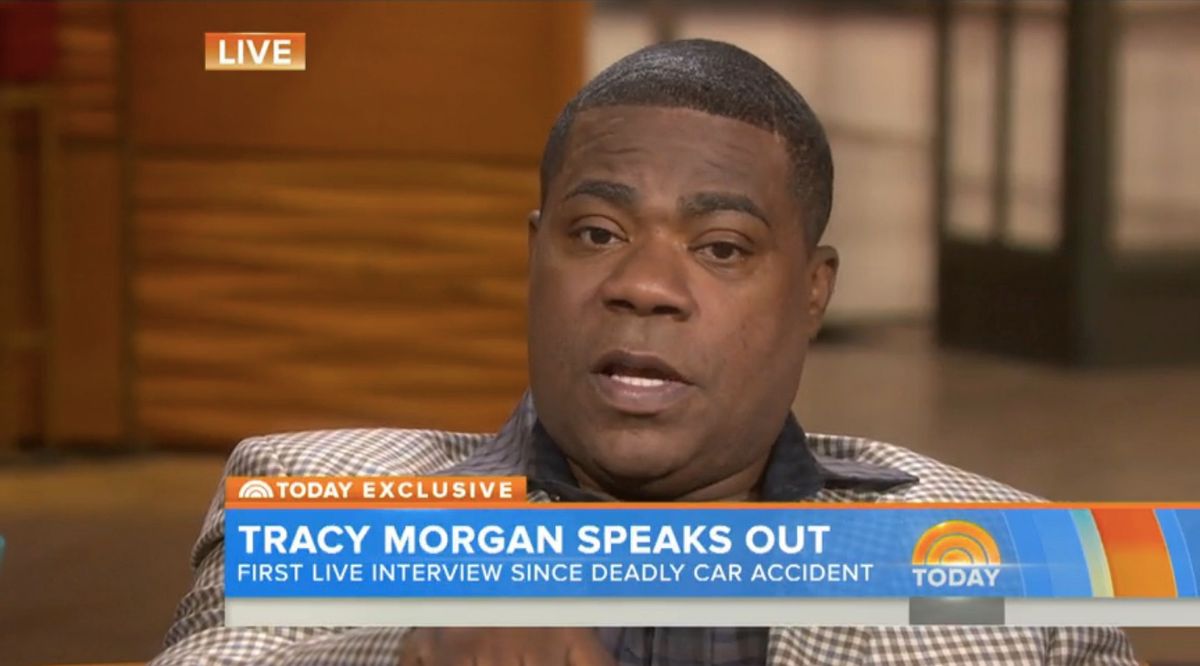 This morning on "The Today Show," Tracy Morgan gave his first televised interview since a Walmart tractor-trailer slammed into his car on the New Jersey Turnpike last June, leaving him and two others with serious injuries and killing fellow comic James "Jimmy Mack” McNair. Dressed in a suit, with a cane in hand, a tearful Morgan spoke emotionally about the loss of his friend and expressed gratitude to those who have helped him through the recovery.

Saying he didn't remember the accident itself, Morgan instantly began to cry up when he talked about McNair's death, saying that "the case is settled, but the pain is always going to be there for Jimmy Mack... he was a loving man and he was a warm man. He was a good man." Morgan added that he watched McNair's funeral on YouTube and “lost it for about a week.”

He expressed his deep gratitude to his family and to the medical team who helped with his recovery, as well as those who stopped to help him and his fellow passengers on the night of the crash. He also thanked Walmart and its CEO Greg Foran, who he will meet with to receive a personal apology later this week. “Bones heal, but the loss of my friend will never heal.... but I’m happy that Walmart stepped up to the plate in a tremendous way and they took full responsibility," said Morgan. "I’m just really happy they took care of Jimmy Mack's family.”

Asked about the injuries sustained in the crash, Morgan pointed out some scars on his forehead, explaining that he still has "good days and bad days" as well as forgetting things and suffering from headaches and nosebleeds. While he says he plans to return to comedy eventually, he isn't ready yet. “I love comedy and i can’t wait to get back to her, but right now my goal is just to heal and get better because I’m not 100% yet," said Morgan. "When I'm there, you’ll know it. I’ll get back to making you laugh."

Watch the emotional interview below: