"We will not tolerate any bias": What United Airlines could learn from this café that defended a breastfeeding mom 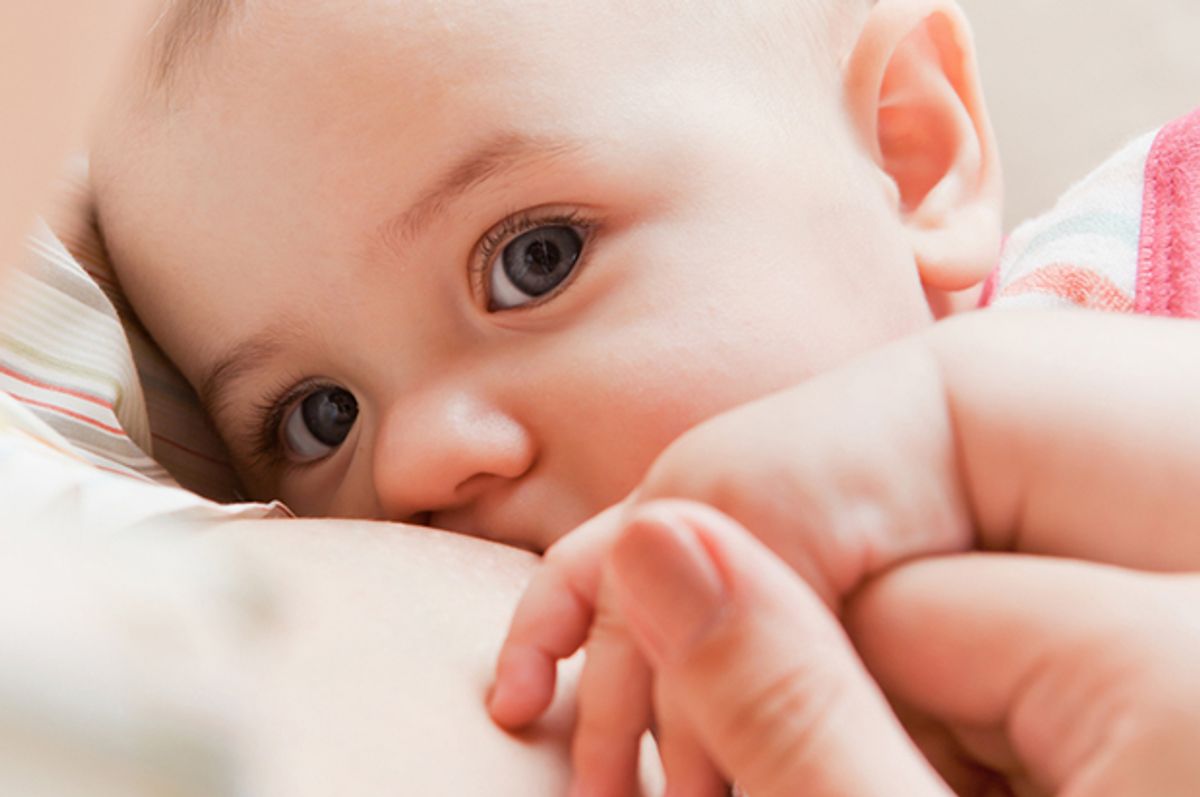 What's better than a restaurant sincerely apologizing — like Wilmington's Big Fish Grille gracefully did last month — after trying to persuade a nursing mother to "to either cover up or continue in an empty part of the restaurant or the restroom"? How about a cafe that kicks out patrons who hassle breastfeeding moms?

Jessica-Anne Allen is the co-owner of the Cheese and Biscuits Café in Queensland, Australia. As she originally posted on Facebook late last week, "We do not in anyway believe that to breast feed a baby is anything to be ashamed of and we will not ask customers to cover up. We would appreciate it if you would respect our choice and not ask our customers to cover up yourselves. We were mortified this morning when someone asked us to say something to the young mother, when we politely declined and informed the customer that we were breast feeding friendly, they then took it upon themselves to say something." She added, "As you can imagine we politely asked the offending customer to leave, but it still left the young mother embarrassed. It was a situation that did not have to arise at all. Cheese and Biscuits Cafe supports breastfeeding mothers and we will not tolerate any bias towards them."

I love the "as you can imagine" part, as if not putting up with harassing women is a totally normal way of life. As if understanding that telling women how to behave is not the job of total strangers. As if handling a situation like that with politeness and respect all around is just business as usual. Damn, I want to live a Cheese and Biscuits world, and not just for the name.

Allen told the Daily Mail that the man had been seated in the cafe's courtyard when "He popped back inside to let us know that there was a breastfeeding mother outside could we ask her to cover up. We informed him we are a breast-feeding friendly café... We also told him there were other seats inside if he wished." When she went out soon after to give him his order, she noticed the mother and her friend were "visibly upset" and talking about how he "had mentioned something." The man then told Allen that "there was no need for her to speak to the breastfeeding mother as he had done so himself" — and she responded by asking him to leave.

Since sharing the story, the cafe has been inundated with responses from around the world, almost of which are enthusiastically supporting the owners and their clear, firm stance. In Australia, by the way, 96 percent of mothers breastfeed initially — but then rates fall off dramatically. The Australian Breastfeeding Association says that only "39 percent of babies are still being exclusively breastfed to 3 months (less than 4 months) and less than one quarter (15 percent) to 5 months (less than 6 months)." Maybe more moms would feel more comfortable nursing longer if they knew they were welcome to enjoy some time out with their friends in an environment where the could relax with their babies without fear that some random stranger might try to shame them? Just a thought.

And the way that the cafe handled the incident — with an emphasis on the world "politely" — should serve as a huge example of how to effectively turn a potentially tense situation into a social media win. In contrast, for example, note how United Airlines is now facing a storm of criticism after Muslim chaplain Tahera Ahmad took to Facebook this weekend to say that she'd been treated rudely on a recent flight. Ahmad says she was wearing her hijab when she'd asked for an unopened can of soda, but the flight attendant informed her, "Well, I’m sorry. I just can’t give you an unopened can, so no Diet Coke for you," adding, when pressed, "We are unauthorized to give unopened cans to people because they may use it as a weapon on the plane." She claims the attendant "then handed an unopened can of beer to a man seated nearby." The incident escalated when another passenger allegedly told her, "Yes you know you would use it as a weapon, so shut the f— up."

Airlines do have sometimes confusing and conflicting policies regarding service. American, for example, says that "Full cans of beverage will no longer be offered, and will be replaced by the larger, single-serve cup." And a year ago, a flight attendant on yet another airline refused to give a full, unopened can of ginger ale to my teenage daughter — who'd asked if she could save it for later. But thanks to the flight attendant's judgment in her choice of words, and her apparently different modes of service for different passengers, United now has a social media crapstorm on its hands. So avoidable. It's called customer service. It's about making sure that everybody feels welcomed and respected. And if certain airline staffers don't get that, don't know the meaning of "We will not tolerate bias" -- maybe they could go to Australia and get some lessons in how to treat people right from a little cafe in Queensland.