Women in STEM, still getting the worst advice on workplace harassment: "I suggest you put up with it, with good humor if you can" 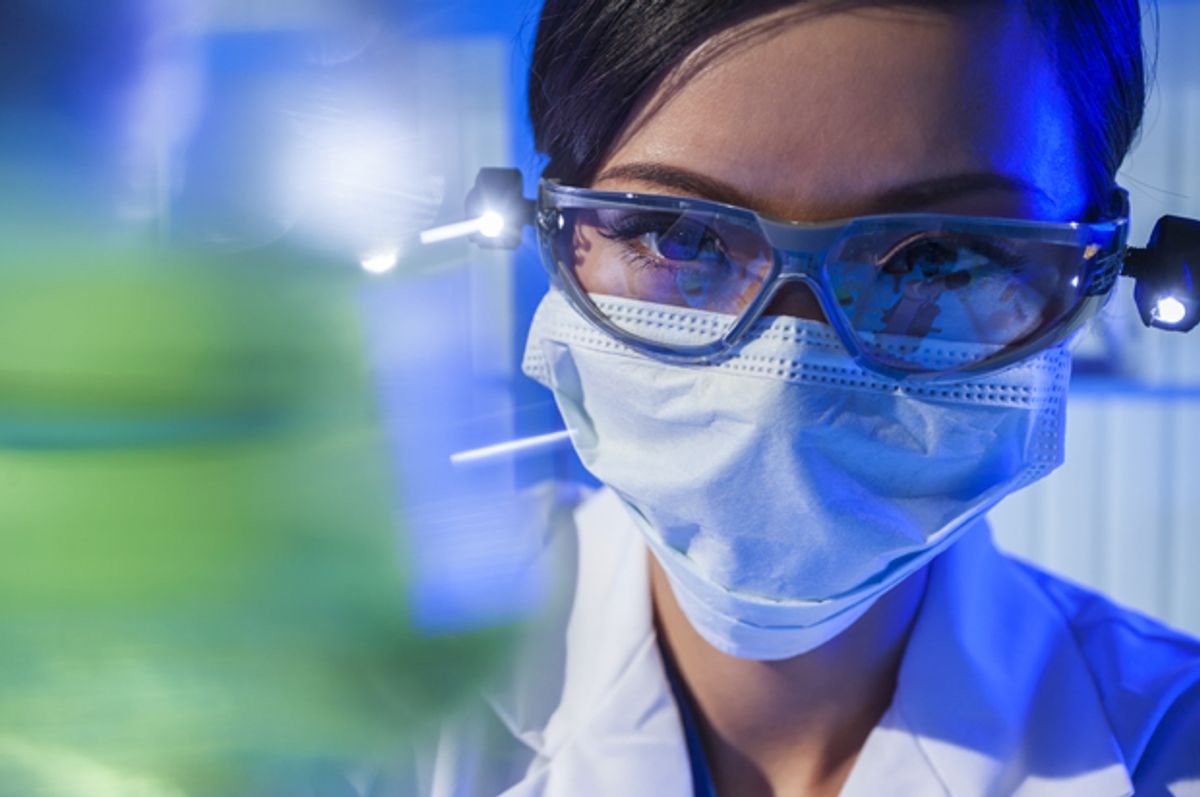 Alice Huang is a highly respected scientist with a formidable track record of advocating for women in an often difficult and hostile field. She's a Senior Faculty Associate in Biology at the California Institute of Technology and a former president of the American Association for the Advancement of Science, a woman whose own bio refers to her as "a distinguished virologist and proponent for women in science." So Alice Huang, what in the hell were you thinking?

In a swiftly deleted Monday "Ask Alice" post for Science Careers, from the journal AAAS Science, Huang replied to a letter from a woman who signed herself "Bothered." Bothered said that she had "just joined a new lab for my second postdoc. It’s a good lab. I’m happy with my project. I think it could really lead to some good results. My adviser is a good scientist, and he seems like a nice guy. Here’s the problem: Whenever we meet in his office, I catch him trying to look down my shirt. Not that this matters, but he’s married." Huang cheerfully replied that "Imagine what life would be like if there were no individuals of the opposite — or preferred — sex. It would be pretty dull, eh? Well, like it or not, the workplace is a part of life."

She then went on to explain that  the behavior "doesn’t seem unlawful" by the U.S. Equal Employment Opportunity Commission's standards for sexual harassment, and that "I don’t mean to suggest that leering is appropriate workplace behavior — it isn’t— but it is human and up to a point, I think, forgivable. As long as your adviser does not move on to other advances, I suggest you put up with it, with good humor if you can. Just make sure that he is listening to you and your ideas, taking in the results you are presenting, and taking your science seriously. His attention on your chest may be unwelcome, but you need his attention on your science and his best advice." Just put up with it, with good humor! In 2015! The pull quote for the story, by the way, was the definition of sexual harassment. Guess nobody could find a definition of "hostile environment."

It didn't take long for a chorus of "Wait, WHAT?" to arise, notably from members of the Twitter-verse familiar with Huang's career. This grin-and-bear-it advice was coming from the same woman who five years ago told her fellow scientists, "Your work needs to continue to focus on attracting the best and the brightest, no matter what their background is, or their economic situation, or whether they’re male or female, gay or straight. It is important that we use all the brainpower that we can muster in order to maximize the contribution to science, to development, and to progress… There has been much more acceptance of women… but there is still a great deal that needs to be done. We’re not there yet — and we’re losing out on a lot of individuals who could contribute. Many women have said that, yes, by choice, they have not wanted to go into physics or mathematics because the climate is so chilly."

But as scientist Elizabeth Dahl noted on Monday, the recent career advice was interesting in light of the fact that the now 76 year-old Huang married her postdoc advisor, Nobel laureate David Baltimore. And last fall, when a reader asked what to do about a male colleague who "rubs against" the females in the lab, she gently advised, "Someone he is comfortable with and who is nonthreatening to him should talk to him as a friend, informally, and advise him that his behavior is unacceptable."

By Monday afternoon an "editor's note" from the "staff" had replaced the original piece, with the message that "'Help! My adviser won’t stop looking down my shirt,' on this website has been removed by Science because it did not meet our editorial standards, was inconsistent with our extensive institutional efforts to promote the role of women in science, and had not been reviewed by experts knowledgeable about laws regarding sexual harassment in the workplace. We regret that the article had not undergone proper editorial review prior to posting. Women in science, or any other field, should never be expected to tolerate unwanted sexual attention in the workplace." Look, it's good that it was taken down, and it's good that an apology was issued, but man, that is one depressing explanation. You'd like to think that something called "Science" would be subject to some sort of review process, even for opinions. You'd like to think that someone, anywhere along the line, would have said, "Say now, do we really want to tell a woman starting out in her field that she should tolerate the leering of her supervisor?" Oh and by the way, nobody actually answered poor Bothered in the first place.

It's a tricky thing, when the problem is something subtle like looking down your shirt. But Ask a Manager's Alison Green did a pretty great job with the same question a few years ago, offering a range of possible responses "from body language (pointedly crossing your arms over your chest), to worriedly looking down and asking if you have something on your shirt, to saying something direct ('my eyes are up here')" to discreetly talking to other women at the company. And she added, "Whatever option you choose, you should say or do something, because it’s making you and others uncomfortable." Look at that — a professional, reasonable response that gives actions to take and tells the woman she shouldn't have to endure being leered at. It's not rocket science or brain surgery. Treating female workers, in any field, with respect — it's just good business.