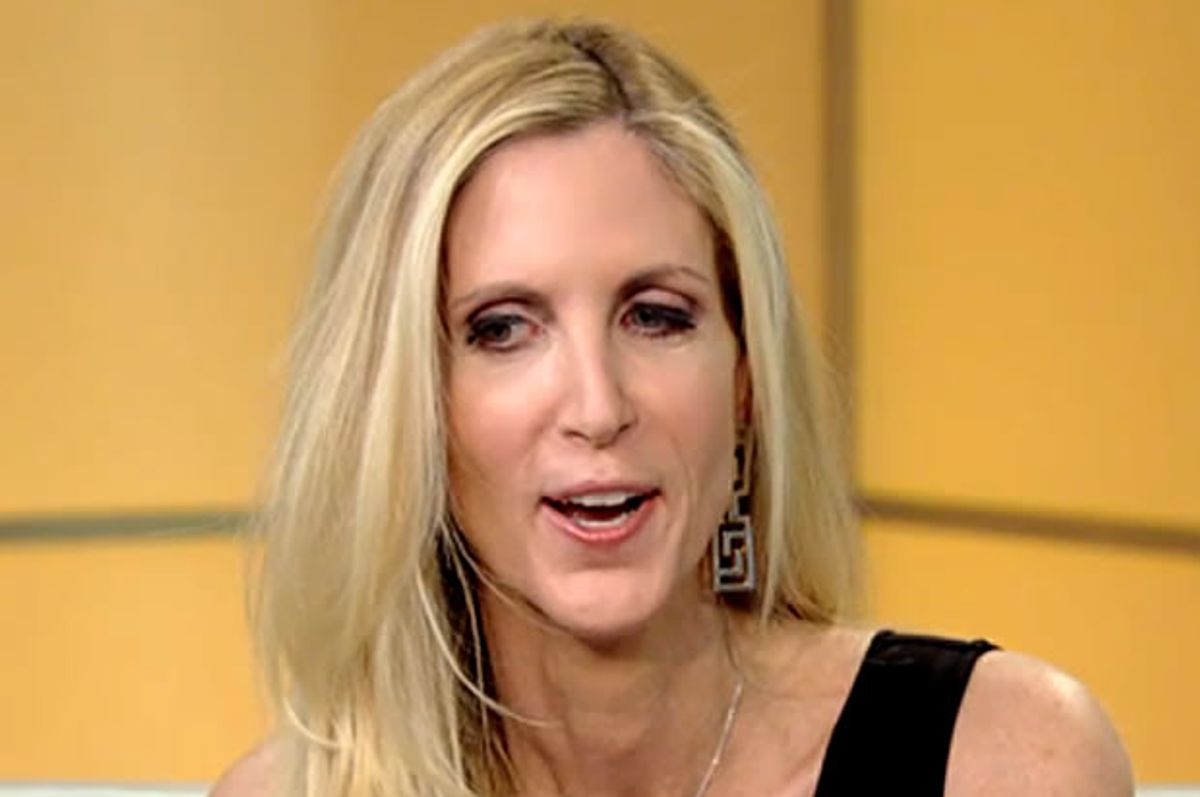 Conservative provocateur Ann Coulter went on "Hannity" Monday night to dispel the notion that her new book, "Adios, America," unfairly attacked undocumented immigrants. Other than the opening chapter, she said, her book attacks all immigrants, legal and illegal alike, who to her mind are changing America for the worse.

Coulter said that "never in world history has a country been transformed like this," seemingly forgetting that the uniqueness of the American experiment has been an ongoing concern for nearly 250 years, and is not simply "a plan by those on the left to have more voters favorable to liberal policies."

"There are hundreds, probably thousands, of activist groups working overtime to bring the poorest of the poor into America," she continued, "and they're always the people who don't particularly like America, who call us 'racist,' 'sexist,' 'homophobic.' Why are they bringing these poor Third Worlders here?"

"It's because," Coulter said, answering her own question, "they hate America, and the Republicans won't stop them because the big [corporate] donors want the cheap labor." She claimed that immigrants from First World countries -- who, she said, "won't ever go on welfare" -- are "being discriminated against so we can drag in the poorest of the poor to instantly go welfare."

Even Sean Hannity found this line of reasoning a little conspiratorial. "Do you really believe," he asked, "that this is a thought-out plan where America as we know it will be forever altered and never be the same?"

"Absolutely," she replied. "I just hope we're not already past the tipping point."