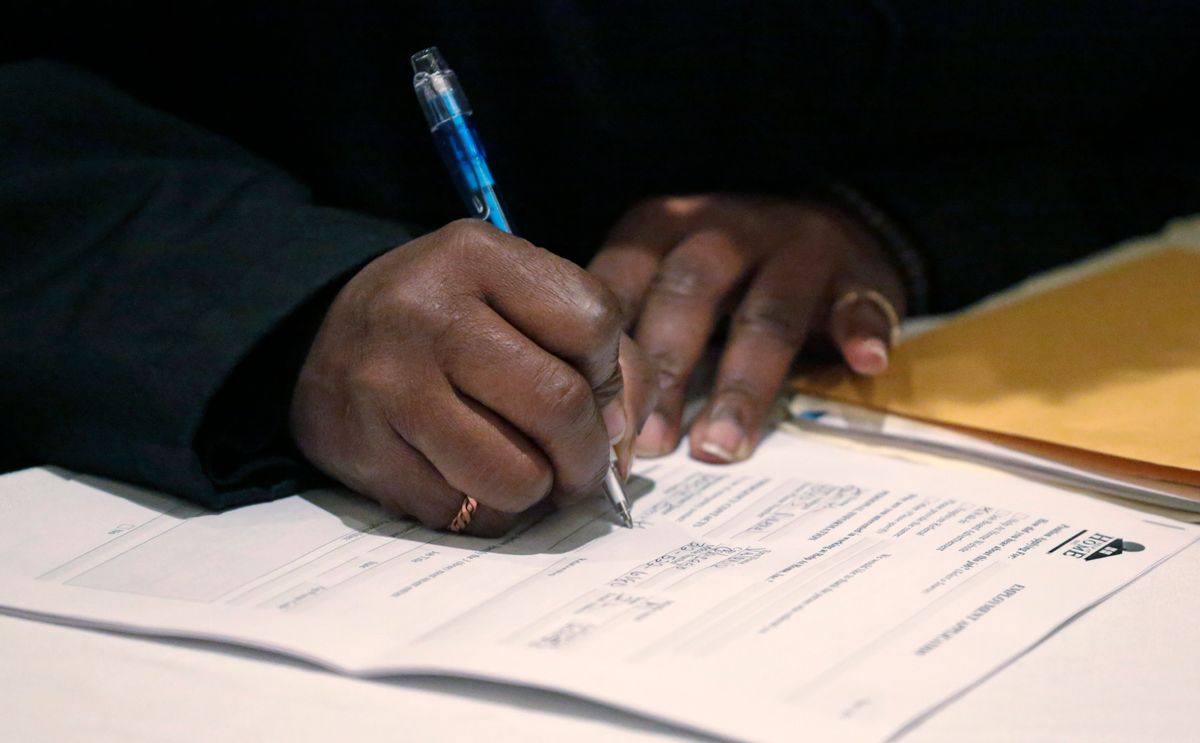 Before being assassinated, Martin Luther King envisioned a Poor People’s Campaign descending on Washington to demand better education, jobs and social insurance. He saw it as an extension of his work on civil rights, equal in importance and scope. In “a nation gorged on money while millions of its citizens are denied a good education, adequate health services, meaningful employment, and even respect,” King wrote in announcing the Poor People’s Campaign, “all of us can almost feel the presence of a kind of social insanity which could lead to national ruin.”

Forty-seven years after the Poor People’s Campaign ended, political discussion in liberal activist circles has bifurcated in unnecessary ways. There are separate economic and racial justice movements, and as my Salon colleague Joan Walsh points out, political leaders too often speak to only one or the other. But these movements are different facets of one fight; if black lives matter, surely their economic lives matter too. And a new report shows that people of color still face discrimination and hardship in their fight for economic dignity, as sure as they do in the fight for basic respect.

The report, released today by the think tank Demos and the NAACP, focuses on African-American and Latino workers in the retail industry. While we’re supposed to believe that e-commerce and Amazon’s dominance has destroyed retail, the industry is actually the fastest growing in America, representing one out of every six new jobs in the economy last year. And while low wages and occupational hazards define retail work generally, that experience is even worse for people of color.

According to the Demos/NAACP study, black retail workers are nearly twice as likely to be living below the poverty line as the overall workforce. African-Americans and Latinos have fewer supervisory roles in retail relative to white counterparts, and more low-paid cashier positions. Among retail workers of color, there are more involuntary part-time employees, who want more hours but cannot receive them. And Black and Latino workers make less than their similarly situated colleagues -- 75 percent of the average wage of a retail salesperson, and 90 percent of the average wage of a cashier, for example.

This isn’t all that different from the broader labor force, and it suggests a racial gap that resembles the gender gap on wages and opportunity -- and is far worse when it comes to unemployment. Men and women are unemployed at the same rate, but African-Americans are twice as likely to be unemployed. It’s happening despite statutes like Title VII of the Civil Rights Act of 1964, intended to make racial discrimination on the job illegal. Yet despite recent high-profile racial discrimination settlements with major retailers like Walgreen, Walmart and Wet Seal, economic results for people of color remain weak. Median black family income is actually less than it was relative to white families 50 years ago, according to the Economic Policy Institute.

The report’s authors chalk this up partially to issues with the retail industry overall, which does not deliver its workers the financial benefits of their productivity. But black and Latino workers find themselves even more squeezed. They are occupationally segregated into the lowest-wage positions in retail: cashiers and salespersons. These jobs are often not full-time (the average retail employee works only 31 hours a week), and involve unpredictable “just-in-time scheduling,” where a worker can be sent home from their shift if business lags, or told not to come in on a moment’s notice. Erratic week-to-week work schedules make it nearly impossible to manage a personal budget or secure childcare.

In addition, the high degree of unemployment in communities of color gives them less power to bargain for better wages. As a result, Black and Latino retail workers are paid less for the same work, translating to $1,850 a year in lost earnings for a full-time cashier, or $7,500 for a full-time salesperson. Seventy percent of retail workers of color make under $15 an hour, the threshold that the Fight for 15 movement considers a living wage.

Not surprisingly, Demos and the NAACP recommend raising the minimum wage to $15 as a corrective to this racial gap in retail. Retailers like Walmart have tried to get out in front of calls for higher wages with modest increases, which have been replicated by other stores. But nothing at the industry level has approached what would give true economic security to millions of low-wage Americans.

Workers also need reliable hours and the ability to collectively bargain, and should be able to receive full-time work if they want it, the report adds. These changes would almost entirely close the retail wage gap between white workers and workers of color, bringing millions of families out of poverty.

Poverty wages and limited mobility for black and Latino workers plays a role in segregating communities and increasing despair. Wall Street preyed on these same communities during the financial crisis, which generated the largest destruction of black and Latino wealth in history. The racial bias inherent in leaving people of color behind is as clear in the workplace as it is in oppressive police responses. Black Lives Matter and the Fight for 15 have recognized this, supporting one another’s actions.

The racial wage, employment and opportunity gap erodes the basic respect for black and Latino families. It’s as much a problem on the job as it is in the streets, even if it’s carried out in a less violent manner. The nation doesn’t talk about this enough; there’s no “Equal Pay Day” for African-Americans and Latinos. But there’s a civil rights movement that can insist that earning enough money to support a family represents a basic fight for justice. The more that’s denied, the more it will be delayed.