The GOP's perfect crime: Why they won't get the blame for sabotaging Obamacare 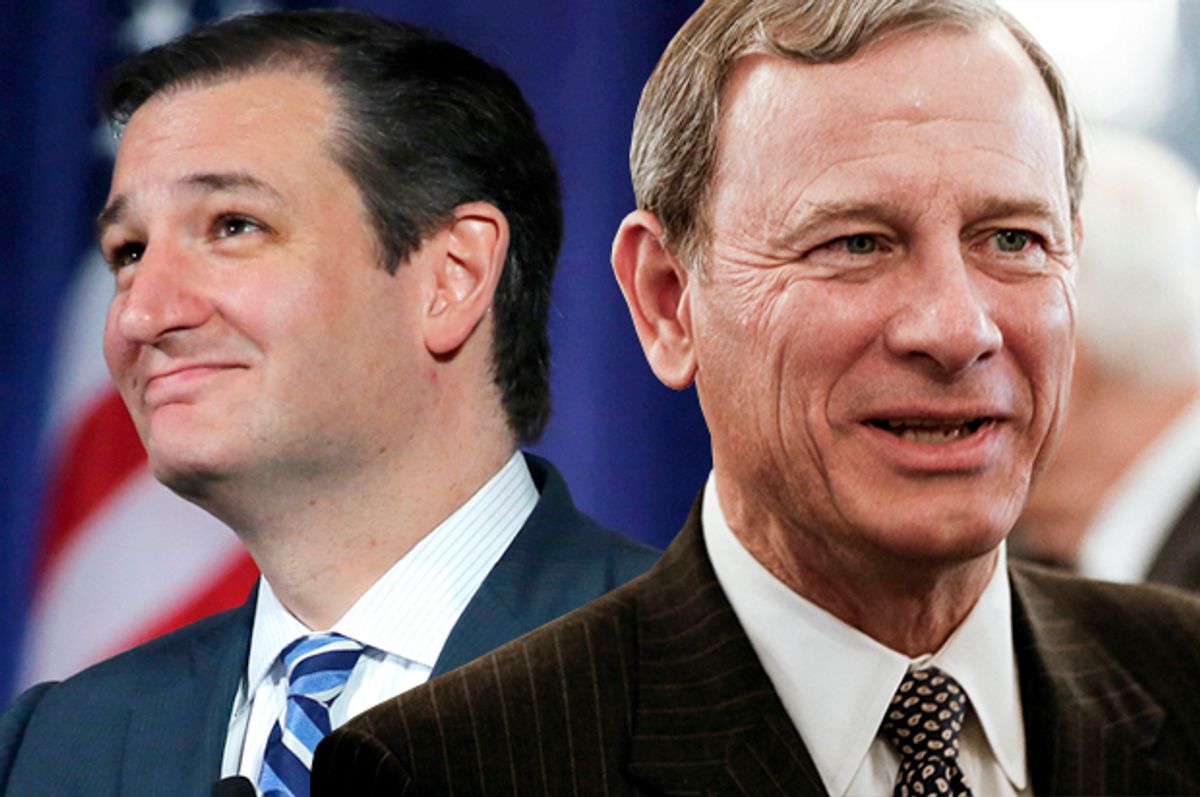 If they've learned nothing else from the Obama era, close observers of American politics should, by now, at least understand this: When it comes to public opinion, Harry Truman was right. The buck stops with the president.

That's likely been the case for a while, if not always; but after Republican attempts to sabotage President Obama's agenda repeatedly led to electoral triumph, it's become impossible to deny. Under the present system, Americans quite simply cannot keep track of who in their government is to credit (or to blame). So, logically, they assign responsibility to the president — regardless of whether it's deserved. If gas prices are low and the economy is humming, that's a sweet deal for whoever's in the White House. When oil is gushing out of the ocean and there's Ebola within the country's borders, not so much.

I bring this up because some pundits still don't seem to understand that the American government's accountability system is broken. When the pundit in question is a conservative, explaining this failure is easy enough. But when it's coming from a writer at The Monkey Cage, the Washington Post's wonky and highly respected blog on political science, the disconnect is considerably more perplexing. And it's why a Monday post from New York University professor Patrick J. Egan — arguing that a Supreme Court ruling to gut Obamacare would be bad for Republicans — is so wrong.

If you don't know already, the Supreme Court case Egan is writing about is King v. Burwell; and it can be charitably described as a farce. For our purposes, though, all you need to understand is that a Court ruling against the government would result in around 4.6 million people losing the subsidies that made their health insurance affordable in the first place. These will be people who live in any of the 36 states that declined to set up a health insurance exchange of their own, and who consequently rely on the federal government's. No one knows for sure how that would affect Obamacare in general, but few doubt that — at least from the perspective of someone who supports universal health insurance — it won't be good.

Because mending what the Court has broken would, hypothetically, require little more of Congress than passing a simple bill to keep these subsidies in place, some pro-Obamacare analysts (most prominently, Jonathan Chait) have argued that conservatives may find their Supreme Court victory to be pyrrhic. The gist is that Republicans will be blamed for refusing to allow a simple fix to a problem of their own creation. It's a clever bit of fortune-telling, and is at least superficially plausible — but only if voters are able to discern who is responsible. And as we've seen, that's an enormous "if."

Egan's analysis generally syncs-up with this contrarian view. To his credit, however, he doesn't focus on national politics, concentrating instead on how the potential backlash might play out in the 36 exchange-free states. "The upshot," he writes, "is that a ruling for the King plaintiffs would require millions of red-state Americans to pay more for their health insurance, while leaving many blue-state residents completely untouched." After pointing out a relationship between how Republican a state's voters are and how likely it is that they'll lose their subsidies, Egan writes, "the lawsuit is shaping up to be a tremendous headache for the GOP — especially in the places its strongest supporters call home."

As I said, Egan's case is stronger than most like it; I can easier imagine a conservative King ruling vexing Gov. Rick Scott than, say, Sen. Mitch McConnell. Even that, though, is still a stretch. For example, what strikes you as more likely: conservative, working-class voters in Oklahoma responding to a devastating financial hit involving Obamacare by attacking Republicans? Or by attacking the guy whose name has become a neologism for his incredibly controversial bill? When you think of Republican governors like the aforementioned Scott — who is already up to Obamacare-related chicanery — or Texas's Greg Abbott, do you think they'll shy from pretending this is all Obama's fault?

Whether the White House and Democrats in Congress should have anticipated a challenging to Obamacare like the one embodied in the King suit is up for debate. One could reasonably argue that, like so much of Obama's first term, the bill was weakened by an inability to see the political reality of Republican radicalism and obstruction for what it is. But if there's one thing that should be inarguable, it's this: We won't be able to fix the larger structural problems with American democracy so long as we continue to pretend our system of accountability is working. As the King suit shows, it isn't.