Darrell Hammond reflects on his new KFC gig and his "SNL" niche: "I was like a field goal kicker"

Esquire’s Jenna Marotta talks to Hammond about his long tenure on "SNL," his new gig and the return of his Clinton 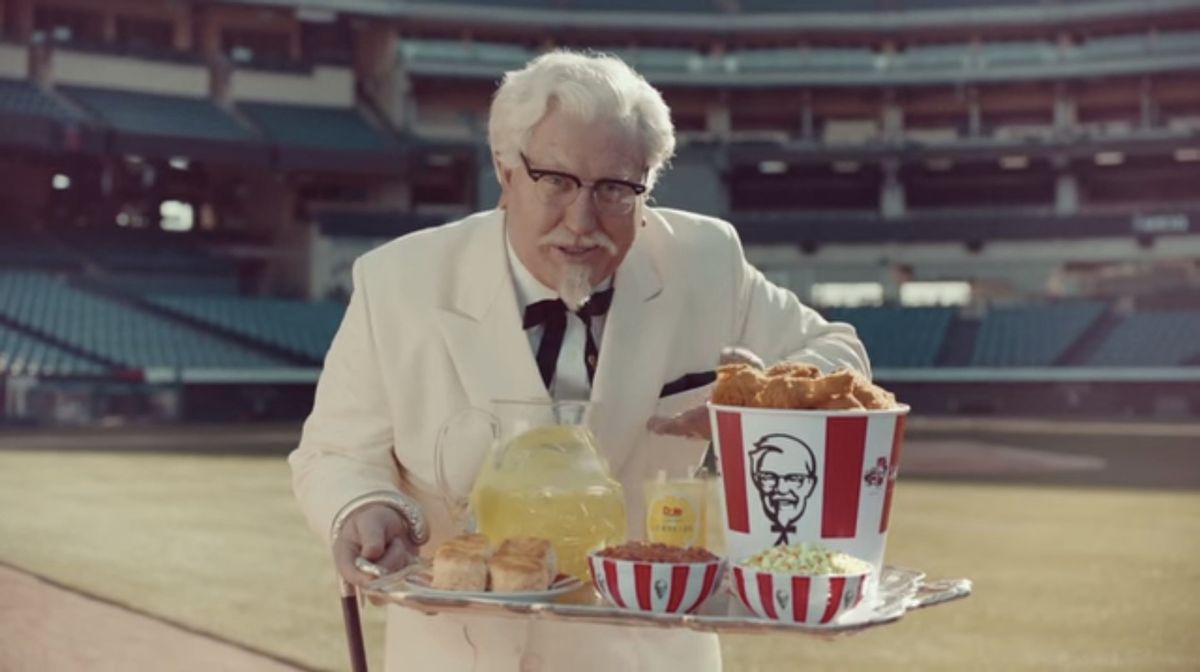 Esquire’s Jenna Marotta sat down with Darrell Hammond, "SNL’"s longest-running cast member, to discuss his time on the show (where he now serves as announcer) and his new gig, as Colonel Sanders in KFC’s new advertising campaign.

Describing his gig as the Colonel as "just another character to learn,” Hammond says he really got into playing the character, and he really doesn't seem to mind slinging fried chicken for a living. "Wieden+Kennedy [the agency that makes the ads] they did the Dos Equis campaign and the Old Spice campaign. They do amazing work," he said. "'Bucket in My Hand' is a stroke of genius. I'm really proud of that commercial."

He also reflected back on his decade-plus at "SNL", and how he prepared to land the show -- which he didn't get on until he was 39 --- by operating under the theory that "small incremental change leads to exponential growth." As he put it:

"So, during the course of a week, if I say, "I'm going to master the '-er' sound in the Irish dialect," you don't realize it, but if that's all you did that week, at the end of the year, that's 52 improvements. So I'm 27, my dream since I was 19 was to be on Saturday Night Live, which is an impossibility. I mean, I was washed up, and I thought, I've got nothing to lose. I'd read this book; I thought, What if I can practice and make little changes every week and then one day get good enough—even though I'll be way too old to be on the show? I was 39 when they hired me. But I'd been practicing since I was 27-years-old"

He described his position at "SNL" -- as essentially a pure impressionist --  as being similar to "a field goal kicker, like a special teams player." As he puts it: "I once went on a long walk down 46th Street with Lorne [asking], Why can't I do original characters? And he gave me an explanation that was so intelligent that I almost couldn't get it, but basically said, 'That's not going to happen. What do you want out of life? I have this job. I want you to be here. I want you to be in your dressing room with coffee or in your office, and sometime between Wednesday and Saturday at 11:30, I want to be able to call you up and go, 'Do this.' That's the job I'm offering.'"

As for whether we'll be seeing him reprise his iconic Bill Clinton impression throughout Hillary's forthcoming campaign? It's looking good.  "I wasn't planning on being in any sketches—I like the announcer thing because you can do it from New Orleans, or you can just come to New York for two weeks and then go back," he explained. "But then [when I learned] that Kate McKinnon was gonna be Hillary, then I went, 'Okay. I have to do it.' I mean, this kid is a virtuoso. You don't even know what this girl can do, how good she is. She's out of this world.... I love the idea of being out there with her, and we've done it twice. I go out there and follow her lead.”