Does toilet water actually flush the opposite direction in Australia? 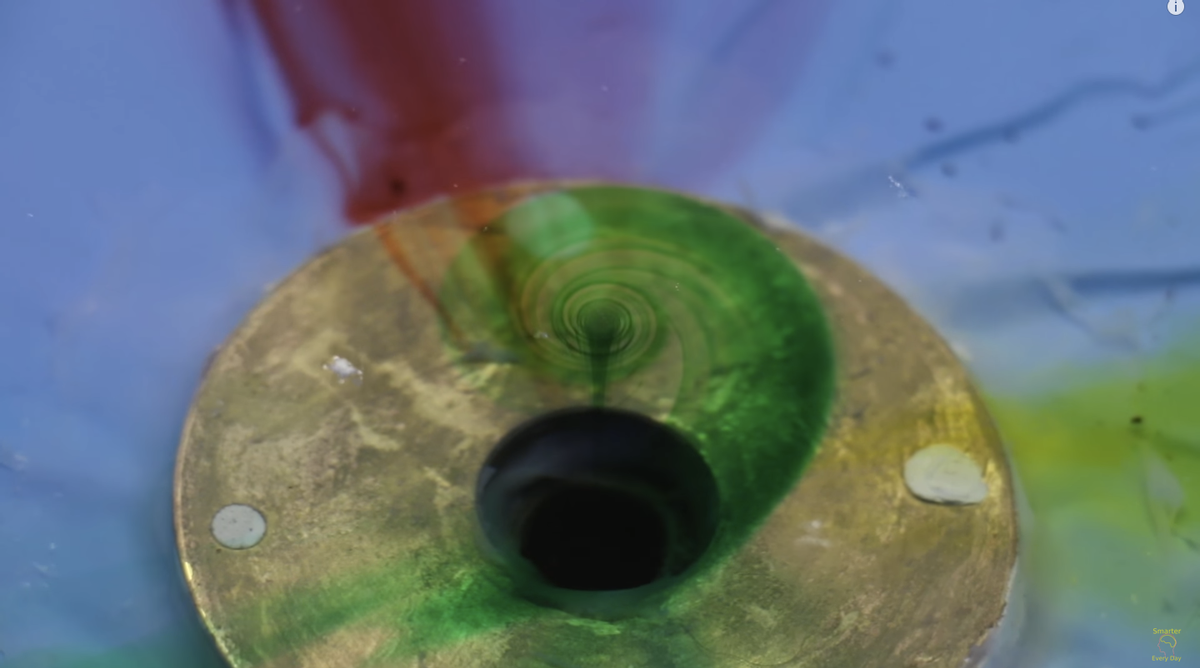 Two YouTube celebrity educators, Destin Sandlin of Smarter Every Day and Derek Muller of Veritasium, teamed up to explain the eeriest bathroom phenomenon (other than why all my poops actually smell like roses): the Coriolis effect.

For those who are unfamiliar, the Coriolis effect is the scientific name of why toilet water is rumored to flush in opposite directions in different hemispheres.

Sandlin and Muller prove that crossing the equator doesn't actually mean that toilets will flush in opposite directions because toilet water is not perfectly still -- in fact, the way the toilet flushes is due more to the design of the toilet. So, the hosts construct an experiment to account for toilets and various other factors that will affect the direction water drains.

Watch them prove that the Coriolis effect is real in the two videos below (one experiment is conducted in the northern hemisphere and the other in the southern), but know that the videos are meant to be played at exactly the same time. You can do this by playing one on your laptop and one on your phone, or by clicking very speedily or by going to Sandlin's website where he makes the process very easy.

Take the time to play the videos correctly, because this is easily the coolest YouTube experiment I've ever seen.